Sofia Richie is not letting her averse feelings towards Scott Disick get in the way of a good time.

On Friday, the 22-year-old put her relationship woes to the side, as she treated herself to a night out with friends, amid reports she was ‘not happy’ her ex was spotted on a date with Bella Banos.

The model daughter of Lionel Richie kept her head high, cutting her usual stylish figure as she left dinner in Santa Monica.

Back in black: Sofia Richie, 22, was determined not to let her woes with ex Scott Disick, 37, get in the way of her weekend

Excited to blow off some steam, Sofia put on an edgy display as she stepped out in all black.

She rocked a pair of lightly distressed black bootcut jeans, that hit just at her waist, highlighting her petite frame.

The face of Juicy x Kappa tucked a tattooed mesh tee into the stylishly oversized pants, throwing a black leather button down over the look.

She softened the ensemble with a pair of net peep toe slingbacks, showing off a fresh pedicure as she walked to her car. 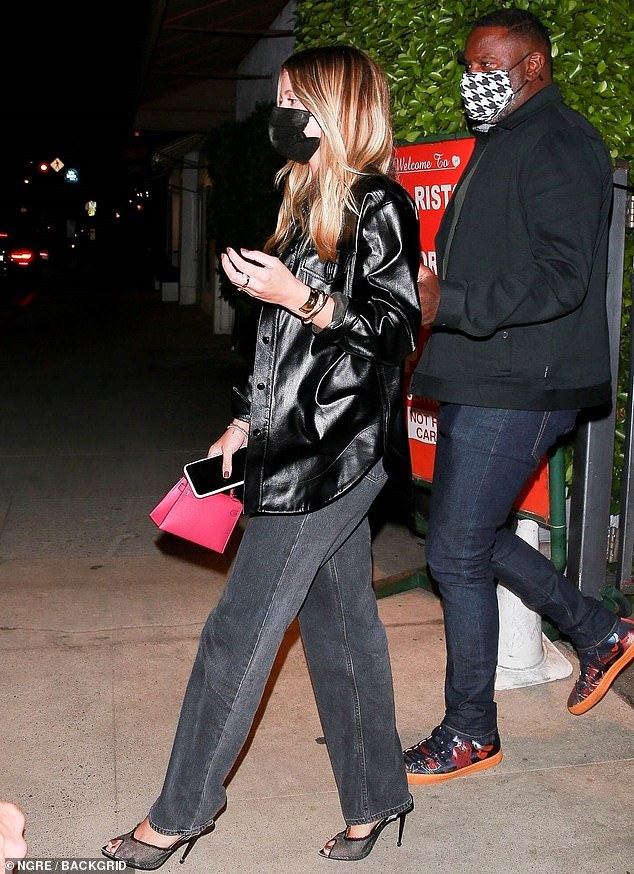 For a splash of color, Sofia carried a micro Hermes bag in hot pink, topping off the look off with a black face mask as she made her way out.

She kept her two-toned locks down, carrying her phone in her hand as she continued on with her night.

The outing comes as Scott has been spotted hanging out with other women, which has ruffled Sofia’s feathers.

‘Sofia isn’t happy that Scott was photographed out with Bella,’ a source told Us Weekly.

Last week, the 36-year-old was spotted on a date at Nobu Malibu with the model, 24, before the two took off in his car. 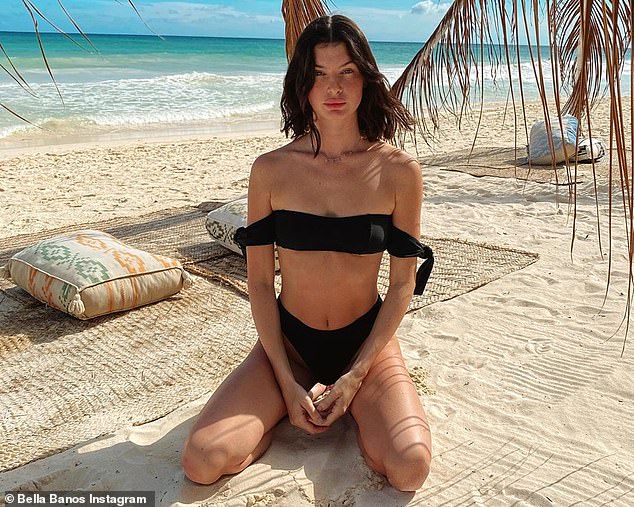 Former flame: Scott and Bella have been linked in the past. Last week, Scott treated her to a romantic dinner date at Nobu in Malibu, before the two left in his car

The two were notoriously linked, with Bella claiming she was the woman Scott brought to the hotel during a family trip to Costa Rica on Keeping Up With The Kardashians.

On Tuesday, he was seen with two mystery blondes at Catch for dinner.

Cutting ties with the Kardashian clan, Sofia recently unfollowed both Kourtney and Scott on social media, though she still maintains a relationship with Kylie.

The same source shared that Kourtney, ‘feels for Sofia, because Scott put her through hell and she knows how he can be and how tough the situation can be.’ 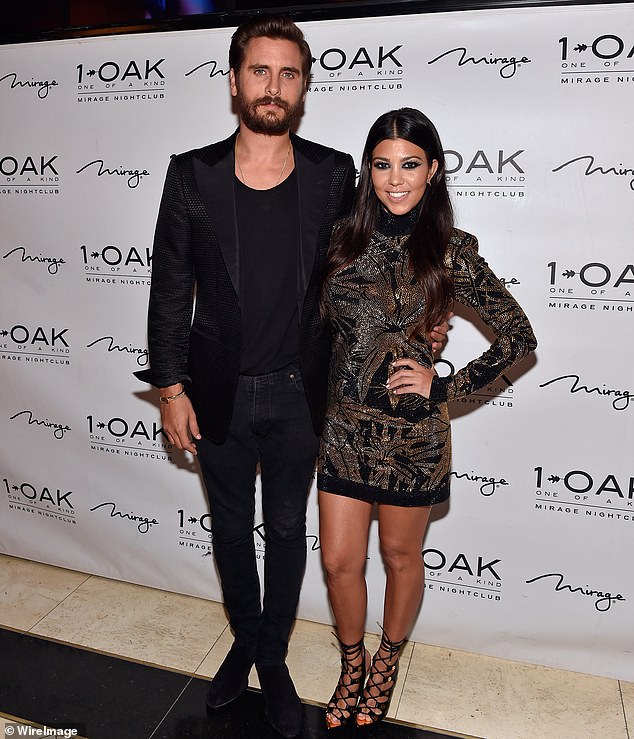 Bad blood: Sofia unfollowed both Scott and Kourtney on instagram, as she distances herself from the situation after their breakup this spring

Since her split from Disick, after nearly three years of dating, romance rumors swirled that Richie was seeing Jaden Smith, 22, after they put on a cozy beach display.

Despite the plausible assumptions, it was confirmed the two are just ‘really good friends.’

‘They basically grew up together and there’s nothing romantic there,’ the source shared with Us Weekly.

Richie and Disick are both trying to move on respectively, though it has been ‘somewhat difficult.’ 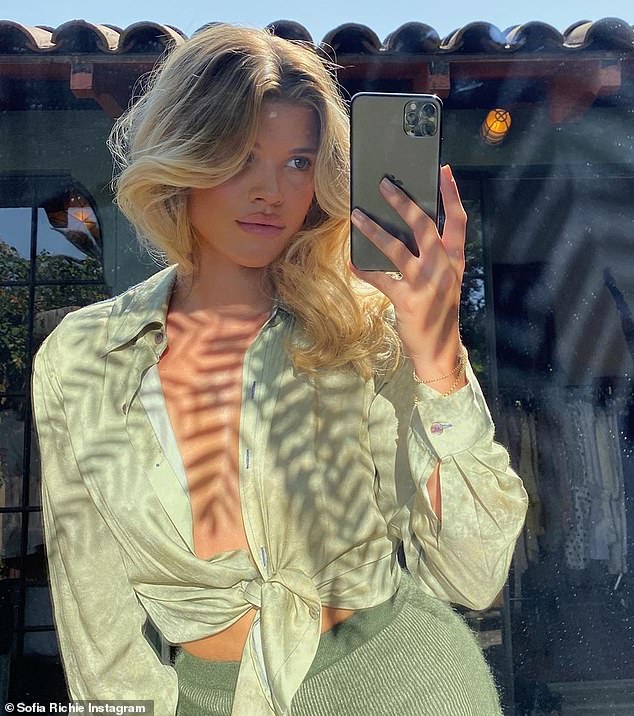 Model behavior: Sofia has been growing her career as a model, being recently named a Pretty Little Thing ambassador on her 22nd birthday, and being crowned the face of the Kappa x Juicy Couture capsule collection 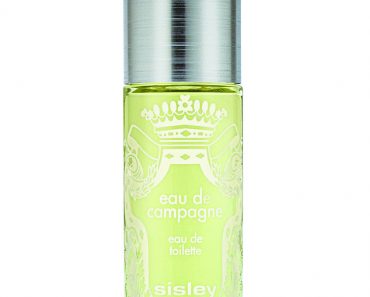