The Spanish government has declared a state of emergency in Madrid to try and halt the spread of coronavirus in one of Europe’s most signficant outbreaks.

Police have set up Covid-19 check points at train stations in Spain’s capital as it looks to clampdown on a rising infection rate in the region.

The step, which took immediate effect and lasts for two weeks, forced Madrid authorities to restore restrictions on travel that had been introduced by the national government but were struck down the previous day by a Madrid court ruling.

That successful legal challenge by Madrid officials was part of a long dispute between the country’s main political parties over their coronavirus response. Those differences, and the changing rules, have dismayed and confused local residents.

Health Minister Salvador Illa chastised the regional authority for inaction at a press conference, saying: ‘Patience has its limits. It is important that the level of infection in Madrid does not extend to the rest of Spain.’ 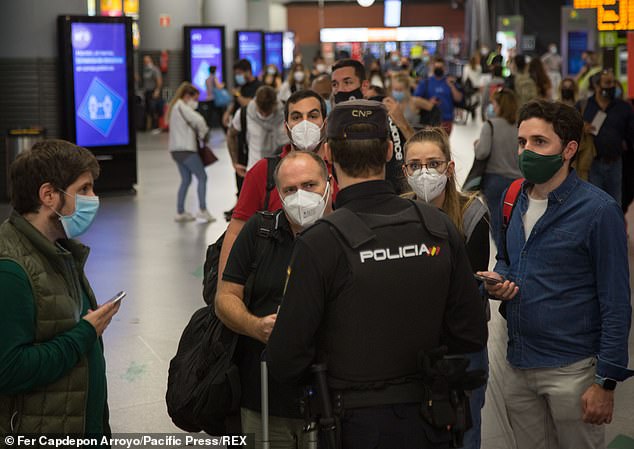 He told a press conference it was ‘undeniable’ that there is community transmission in the Madrid region, not just isolated outbreaks, at a crucial juncture as winter approaches and respiratory problems increase.

‘Action is needed, and today we couldn’t just stand by and do nothing,’ Mr Illa said. ‘It’s very important that this doesn’t spread to the rest of the country.’

The Madrid region’s 14-day infection rate of 563 coronavirus cases per 100,000 residents is more than twice Spain’s national average of 256 and five times the European average rate of 113 for the week ending September 27. 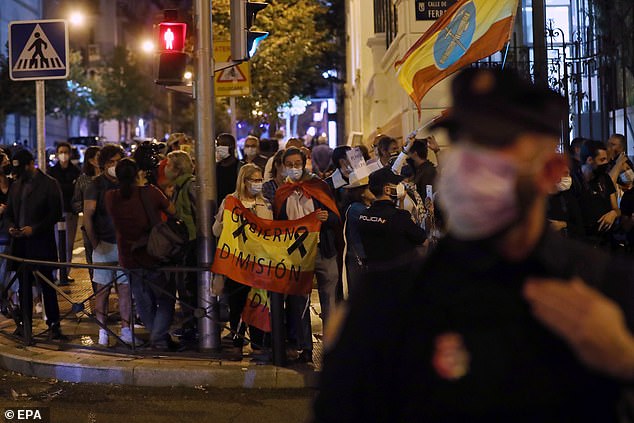 Locals are furious with politicians, with protests taking place in Madrid last night, as one local said described the government as ‘clowns’ 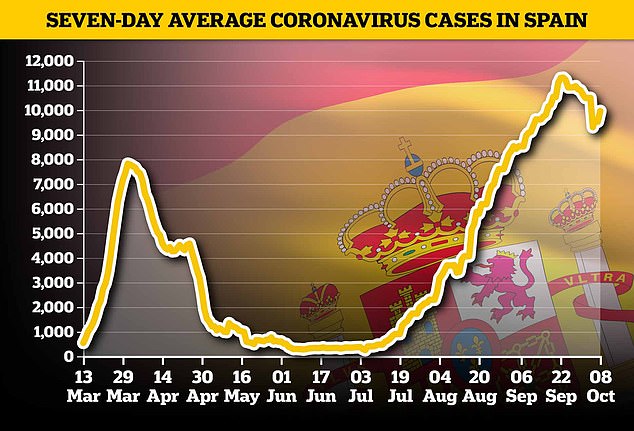 The central government’s measures prohibit all non-essential trips in and out of the capital and nine of its suburbs, affecting 4.8 million people. Restaurants must close at 11pm and stores at 10pm. Both must limit occupancy to 50% of capacity.

The national government had ordered police in Madrid to fine people if they left their municipalities without justification. More than 7,000 officers will be deployed to ensure the restrictions are observed, interior minister Fernando Grande-Marlaska said.

But Madrid’s conservative regional government opposed those restrictions, saying they were draconian and damaged the economy. Madrid’s regional president, Isabel Diaz Ayuso, said her own, more moderate measures were enough to fight Covid-19.

People in the region reacted with anger to yesterday’s decision.

Some of the 3.8 million people affected in the capital and eight satellite towns said the politicians had bickered while contagion rates soared.

‘They are clowns, they are making fun of us as much as they can and more. They (politicians) have no shame,’ said Pilar Lopez, a cleaner. 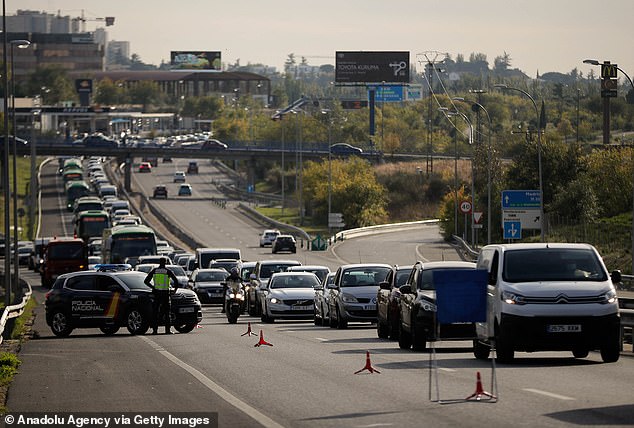 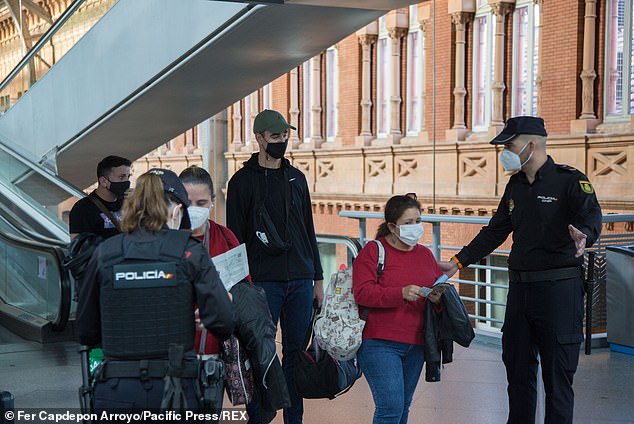 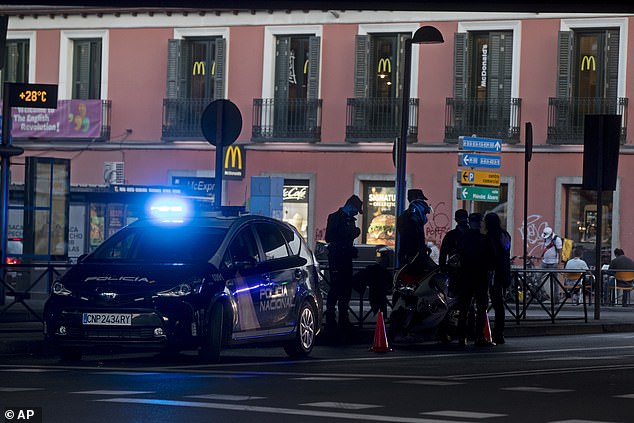 There are roadblocks within the city, including in the Vallecas district, as police try to limit travel

Shop assistant Linda, who did not give her second name, thought the blanket state of emergency imposed on the capital was going too far.

‘I think certain areas should be restricted, but not the entire Madrid region,’ she said.

‘It’s also got to do with the lack of precaution from citizens. If we had behaved better we would not be at this point,’ he said.

Spain said on Friday it had now recorded 861,112 coronavirus cases – the highest number in Western Europe – and 32,929 deaths. 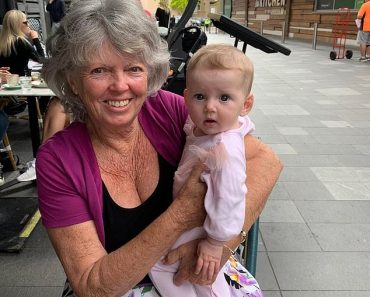 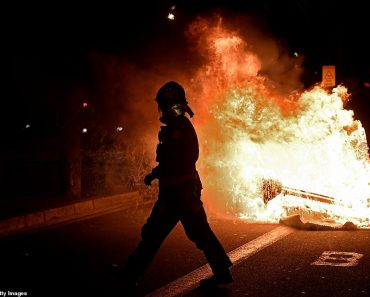 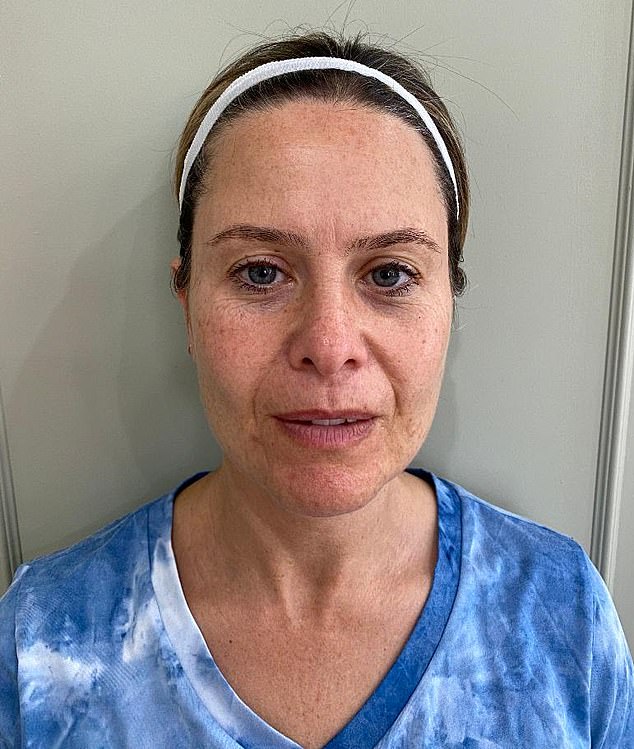