Home
News
TALK OF THE TOWN: Is this the UK’s most luxurious lockdown?
Prev Article Next Article

TALK OF THE TOWN: Is this the UK’s most luxurious lockdown as pupils at £40k Millfield school has Covid-19 false alarm

It offers one of the most expensive educations money can buy, but even the prestigious Millfield School isn’t immune to the peril of coronavirus.

I hear that last week pupils at the Somerset institute, which costs up to £39,510 a year in fees, were confined to their dormitory house because a boarder had a suspected case of Covid-19.

But it wouldn’t exactly have been an unpleasant experience for the pupils at St Anne’s, one of the school’s 19 boarding houses.

Students at Millfield school, where fees are almost £40,000 a year, had a Covid-19 scare after one of the boarders developed symptoms

Facilities in the building, which resembles a manor house, are more akin to a five-star hotel, with ‘state-of-the-art wi-fi networks’ and in-house catering offering dishes such as paella and dim sum.

Within the grounds there is a floodlit hard court for tennis, basketball or football; a football pitch; a golf driving net; a croquet lawn and badminton court.

I think most of us would be happy to be on lockdown there even if we didn’t have the virus!

It’s just a shame for the teenage boys that they had to stay away from the school’s Olympic-sized swimming pool, its indoor and outdoor cricket centres and indoor equestrian arena.

Pupils at St Anne’s were made to follow protocol by confining themselves to the dorm building after one student showed symptoms.

A member of staff at the boarding house told me: ‘We are in lockdown awaiting test results.’ 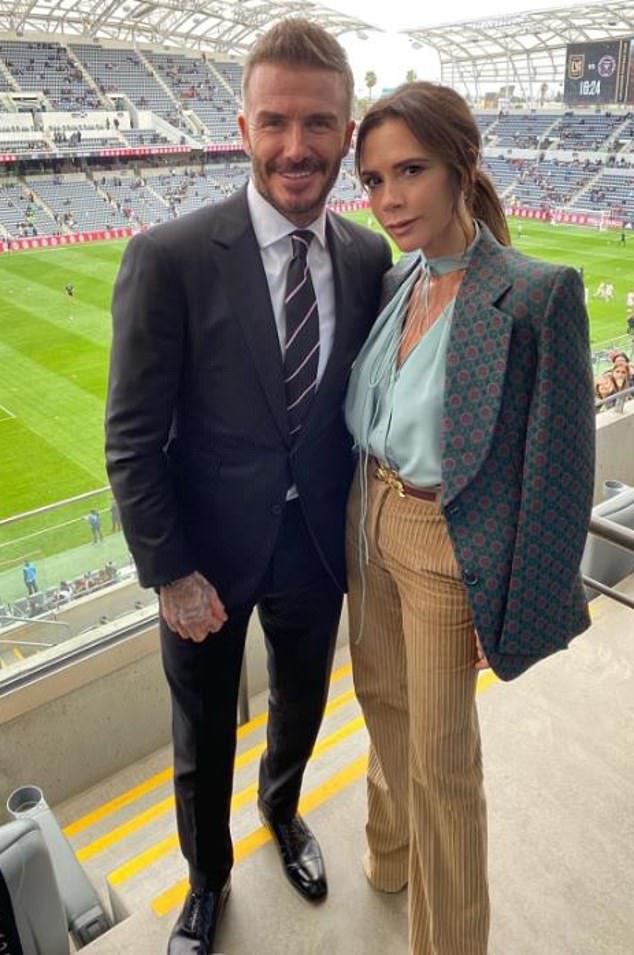 A spokesman for the school later reassured me: ‘We received a test back yesterday that was negative. We have had no positive cases in the student cohort at Millfield.’

Millfield is one of the most expensive education institutions in the country, with yearly fees for the preparatory school costing parents up to £30,000.

Senior school fees for boarders jump to nearly £40,000, and students also have the opportunity to participate in additional music, riding and polo tuition.

The school hit the headlines in 2018 when two pupils were suspended for beating younger boys with cricket bats and belts in an ‘initiation ritual’.

David Beckham caused bedlam among spectators in February when he showed up to watch Romeo play for the school’s football team.

Sorry ladies… while many of you drooled over Paul Mescal in the BBC’s Normal People, I’m sad to report he is very loved-up with US singer-songwriter Phoebe Bridgers.

My spies spotted them putting on some public displays of affection on a romantic break at the exclusive Soho Farmhouse in Oxfordshire.

‘They were all over each other,’ one onlooker sniffed.