A black quantity surveyor is suing a consultancy firm for race discrimination claiming she was held back for promotion in favour of her white colleges.

Shannice Richards-Hargreaves worked for project and programme management consultancy Faithful+Gould in Birmingham and then London.

She told an employment tribunal that white associate director Dervla Duffy – who worked in the firm’s London office – created a hostile work environment because of her race.

She is now seeking compensation for unfair constructive dismissal, aggravated damages, an award for injury to her feelings, plus interest.

She is also claiming race discrimination as well as breach of contract and wages.

The firm itself is demanding over £10,000 in training fees from her – which it says she owes after leaving before the end of a contract period.

The 24-year-old, who started at the company as a trainee in 2016, claims she was denied a promotion after she graduated from a quantity surveying degree while other white members of her trainee cohort were given one.

She alleged Ms Duffy – in the firm’s London office – reduced her to tears when she was ‘laughed at, bullied, mocked, humiliated, and undervalued in the space of 30 minutes’ in one meeting about her taking stress-related sick leave.

In her witness statement she said: ‘Nelly Twumasu-Mensah was disappointed about what was said, especially by the “your body language is aggressive” remark made by Dervla Duffy, as Nelly knew that it had a racial element.’

She had been suffering from migraines due to what she claimed was a heavy workload imposed on her by Ms Duffy.

Ms Duffy is also accused of telling Ms Richards-Hargreaves that promoting her would ’cause friction’ with another, less qualified white member of staff during a meeting.

The company deny that this meeting ever took place.

Ian McGlashan, for Faithful+Gould, said: ‘Miss Duffy denies that. She says she didn’t mention [another colleague] to you at all.’

According to tribunal documents outlining the allegations, Ms Duffy is said to have ‘created a hostile work environment for [Ms Richards-Hargreaves], the only black person in her team at the time.’

Ms Richards-Hargreaves claimed her promotion prospects were compromised because of unfounded negative performance reports made by Ms Duffy.

She said: ‘I believe that if I was white I wouldn’t have received any of the treatment from Dervla.

‘If I was white, I believe I wouldn’t have been treated the way I was and I would have been promoted as well.

‘I feel as though the comments that were made about my performance, I think if that wasn’t made I would have still been promoted.’ 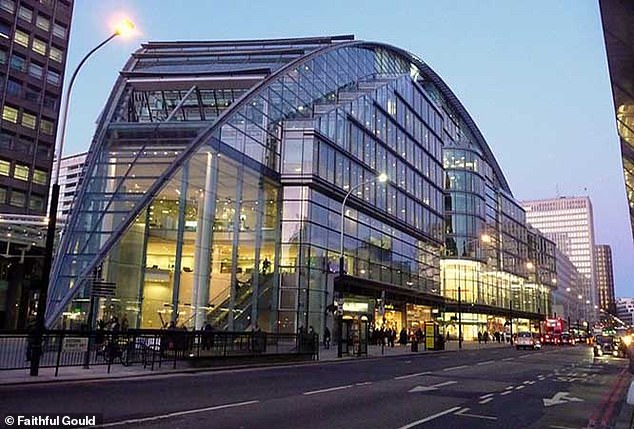 After Ms Richards-Hargreaves resigned in December 2018, the firm demanded over £10,000 in fees spent on her training as per her contract because she left before a three-year period was over.

But she says that she would have stayed and ‘complied with her contractual obligations’ had she not been forced to leave by bullying.

After resigning, she wrote an official grievance letter to Faithful+Gould claiming her treatment left her with ‘no other choice but to seek alternative employment opportunities.’

In the letter, she claimed that she had been given an unrealistic workload, wasn’t given access to a computer system necessary for doing the work, and bullied by Ms Duffy.

Ms Richards-Hargreaves admitted that she had not specified race discrimination as an issue in that letter but brought it up in a grievance meeting at a later date.

But she explained that she feared reprisals from members of staff if she made accusations of racism.

She told the tribunal: ‘I thought I would still have to face the managers I was accusing.

‘I told [my line manager] that, apart from the obvious, the only reason I could have been treating me this way is probably because of my age.

‘To me, that obviously meant my skin colour and the fact that I was female.’

After an investigation, her grievance was not upheld. Later, an appeal against that decision was dismissed by the company.

Faithful+Gould denies all the allegations.

Ms Richards-Hargreaves started in the firm’s Birmingham office where she claimed she was given a verbal assurance she would be promoted when she finished her degree.

She later transferred to London and said two white comparators in Birmingham had been promoted.

A tribunal document outlining the firm’s response said that while Ms Richards-Hargreaves ‘believed’ she would be promoted after graduating, the degree was not the only factor.

In a meeting, regional director Richard Guy told her to focus on completing an Assessment of Professional Competence (APC) – a training scheme chartered surveyors must complete to fully qualify, the document explained.

The company said: ‘The claimant had not yet developed the skills or experience to warrant being promoted to the post of quantity surveyor.

‘There is no framework for the promotion of trainees and assistants. Different regions adopt different practices.’

It added that she was offered a chance to transfer to the company’s nuclear division to gain necessary extra experience but she rejected the offer because she thought it was really to get her and Ms Duffy apart – not to advance her career.

Answering claims of bullying and harassment Mr McGlashan, said: ‘It is denied that the respondent, or any of its employees acting in the course of their employment, or its agents, harassed the claimant as alleged or at all.’ 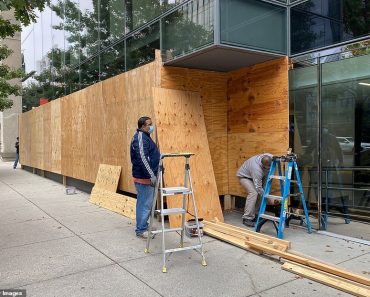