‘Can any magician find her other earring?’ Britain’s Got Talent fans are left baffled after Alesha Dixon’s jewellery vanishes during final

Alesha Dixon looked sensational on Saturday’s Britain’s Got Talent final when she wowed in a lime green ruffled gown.

Yet eagle-eyed fans were left distracted by the 42-year-old judge’s ensemble after one of her earrings vanished during the show.

While magician Damien O’Brien was up on stage impressing viewers, a cut-back to the judges’ table revealed one of Alesha’s huge gold earrings to be momentarily missing. 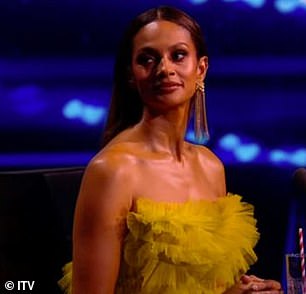 Mysterious! Alesha Dixon looked sensational on Saturday’s Britain’s Got Talent final when she wowed in a lime green ruffled gown but eagle-eyed fans were left distracted by her vanishing earring (pictured with, left, and without, right)

It was truly a blink-and-you’ll-miss-it moment and by the time Damien had finished his act and Alesha was giving her feedback, the earring had mysteriously returned.

Viewers quickly took to social media to comment on the mystifying episode, with several wondering whether it was part of Damien’s act.

One Twitter user commented: ‘That Damien magician is brilliant he even made Alisha’s right earring disappear #BGT.’

Another said: ‘Is it just me, or has anyone else noticed Alesha Dixon was missing an earring 1-minute and then it reappeared the next how strange’. 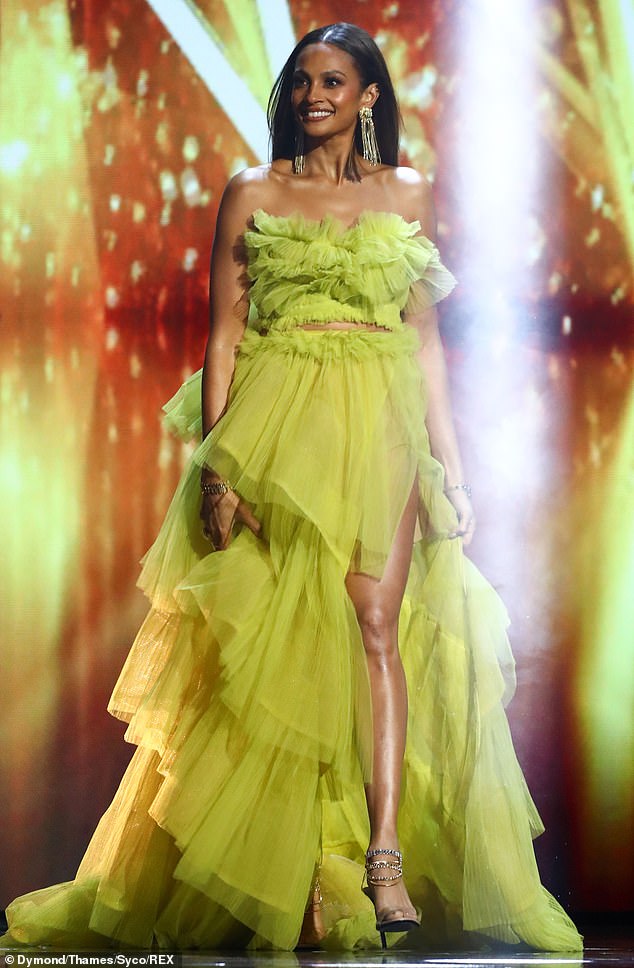 A third joked: ‘Can any magician find Alesha’s other earring?’

Elsewhere, Alesha became emotional when musical comedian Jon Courtenay rounded off the show’s performances, singing a humourous-yet-poignant song reflecting on the year’s events. He was later crowned the winner.

With tears in her eyes, the former Mis-Teeq singer commented that it was a ‘perfect’ way to sum up a year that everyone has found difficult.

Meanwhile, Amanda Holden avoided the prospect of any more sartorial controversies, as she swapped one of her eye-poppingly revealing frocks for a  sparkling rose gold, semi-sheer number. 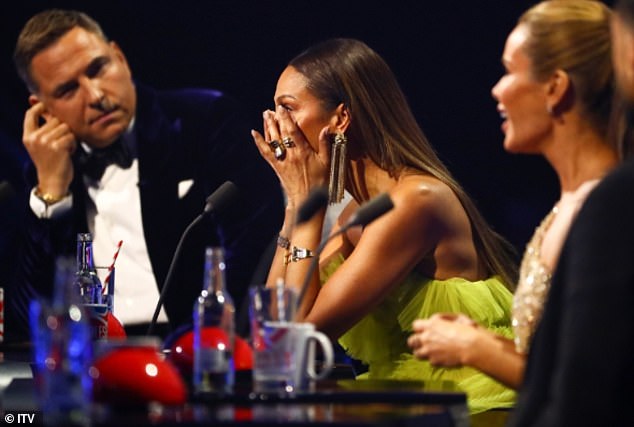 Emotional: The former Mis-Teeq singer was elsewhere seen to cry after Jon Courtenay’s humorous-yet-poignant song about the events of the year, he later won the show

Earlier this month, Ofcom received over 200 complaints about Amanda’s revealing dress choice during an episode of the talent competition.

Amanda’s outfit from two weeks ago was a plunging navy gown with a daring thigh-high split which sparked a flurry of complaints.

BGT 2020 came to a close on Saturday night – having battled through a year that has seen many shows, such as The X Factor and Love Island, sit production out entirely. 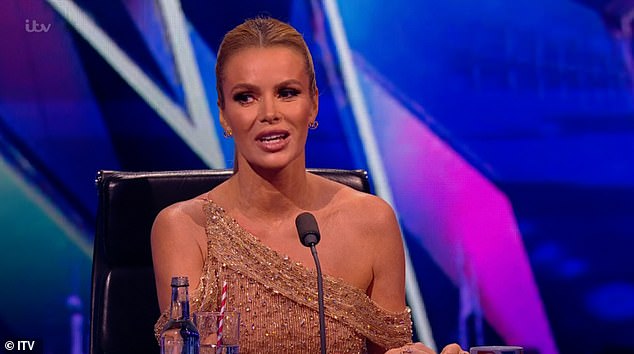 The series was interrupted by the COVID-19 pandemic during the spring, when it usually broadcasts auditions and the live finals prior to the summer. But ITV made sure it returned this autumn to complete the contest.

As well as seeing what the finalists had in store, BGT viewers were treated to performances from the brilliant combined companies of Les Misérables – The Staged Concert, The Phantom Of The Opera and Mary Poppins. 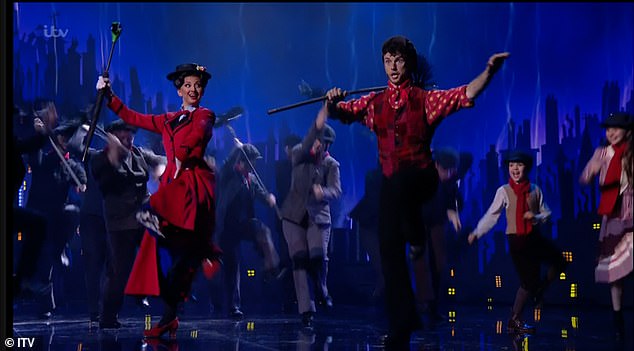 Wow! BGT viewers were treated to performances from the brilliant combined companies of Les Misérables, The Phantom Of The Opera and Mary Poppins, pictured 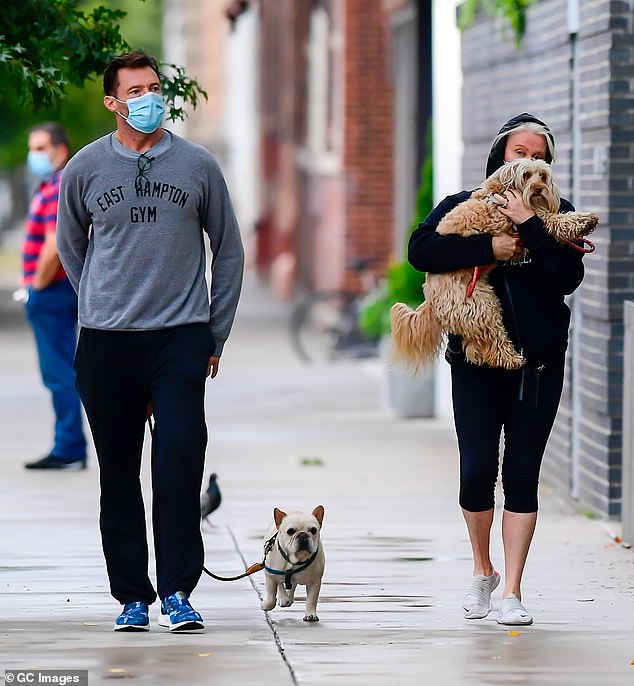 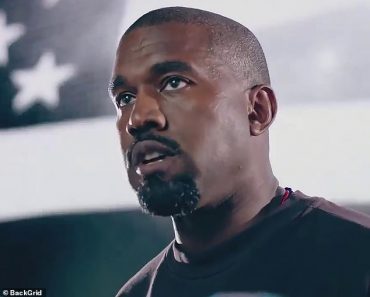