By Sophie Tanno For Mailonline

At least 17 people have died early Sunday when a train collided with a bus in central Thailand.

The tour bus was traveling with 65 passengers on board when it crossed the railway track during rain in Chacheongsao, 50 miles east of Bangkok, where a train smashed into the vehicle.

Rescuers stand by a damaged train and bodies covered with white sheets after a bus-train collision in Chacheongsao province, 80 kilometers (50 miles) east of Bangkok, Thailand, on Sunday 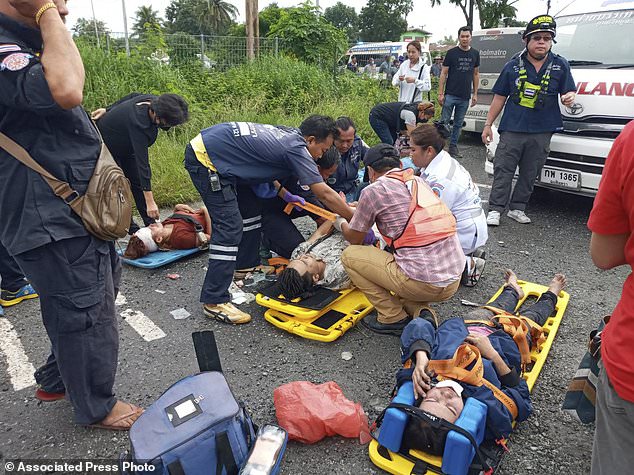 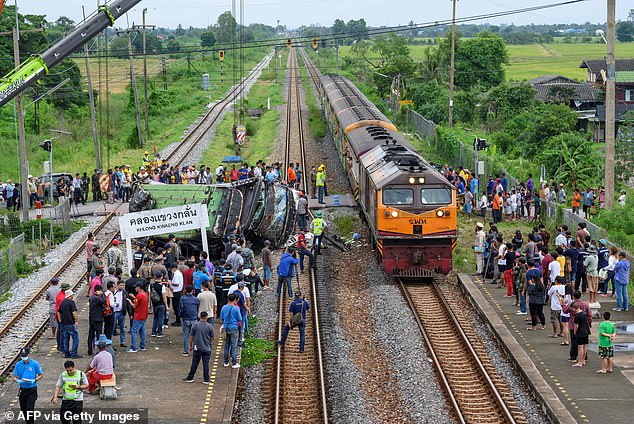 ‘It was raining, perhaps, the driver did not see the train,’ he said.

‘Four are in critical condition and eight remain under observation’ out of the 23 admitted to her hospital, she told reporters.

State Railway of Thailand governor Nirut Maneephan confirmed the death toll at the site of the crash to reporters.

Footage shared by a government department showed the bus edging from the road onto train tracks before a blue cargo train slammed into its side. 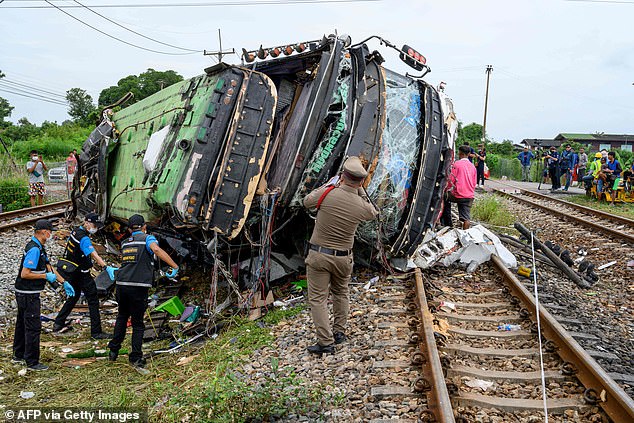 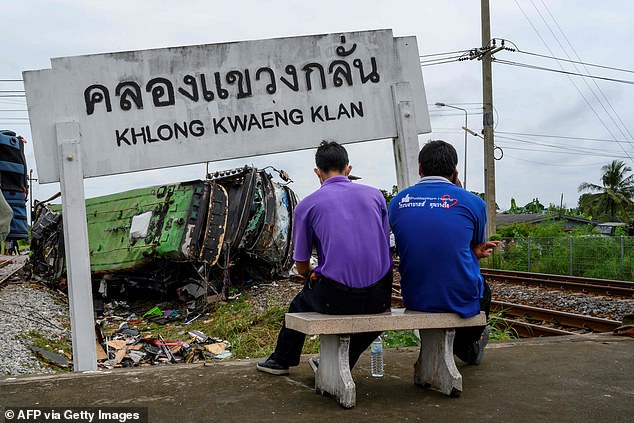 Early photos taken by rescue workers showed gnarled metal and debris, with bodies lying by the tracks and people’s belongings scattered around the scene.

Rescue workers lifted the injured on stretchers into nearby parked ambulances, and a crane arrived early in the afternoon to lift the vehicle off the tracks so that police could better assess the carnage.

There were some 60 passengers in the chartered bus travelling from neighbouring Samut Prakan province to a temple in Chachoengsao, said province governor Maitree Tritilanond.

They were planning to offer yellow robes to monks – a traditional ceremony held within a month of the end of Buddhist Lent, he told reporters.

Thai premier Prayut Chan-O-Cha gave his condolences and instructed authorities to investigate the cause of the crash, a government spokesman said in a statement.

Such deadly accidents are common in Thailand, which regularly tops lists of the world’s most lethal roads, with speeding, drunk driving and weak law enforcement all contributing factors. 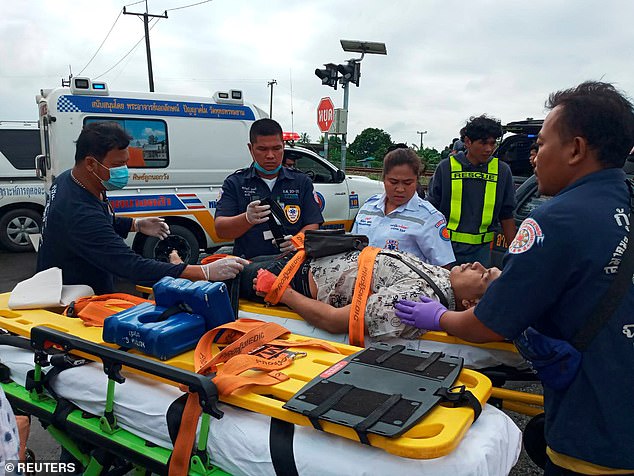 Thailand has the second-highest traffic fatality rate in the world, according to a 2018 World Health Organization report.

Though a majority of the victims are motorcyclists, bus crashes involving groups of tourists and migrant labourers often grab headlines.

In March 2018, at least 18 people were killed and dozens wounded when a bus carrying people returning from holiday in northeastern Thailand swerved off the road and smashed into a tree.

Travel throughout the kingdom has been thrown into disarray this weekend by a big storm hitting the region, leaving roads in poor conditions and some provinces deluged in shin-high floods. 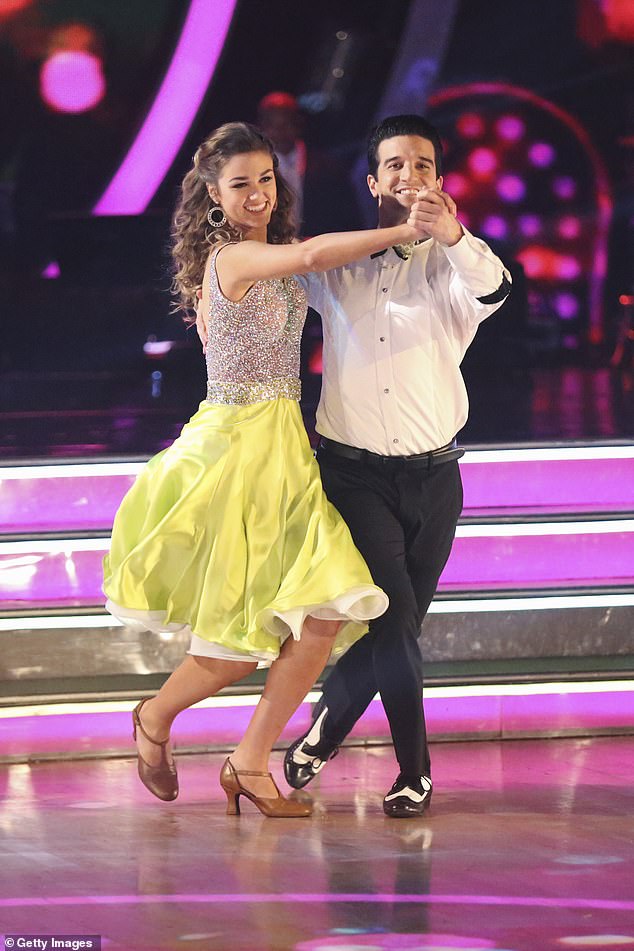