And during a candid exchange with an Instagram fan on Monday, the American model revealed the baby’s gender.

When asked whether she was having a boy in the comments section of her latest post, the 22-year-old responded ‘yes’ with a heart and arrow emoji.

How sweet! Reece Hawkins’ model fiancée London Goheen (pictured), 22, revealed their baby’s gender during an exchange with an Instagram fan on Monday

London was positively glowing in the accompanying photo, showing off her burgeoning baby bump in a black bodysuit and comfy yellow track pants.

Another fan was quick to comment, suggesting that their child would be the ‘cutest boy’ if he looked anything like his half-brother. 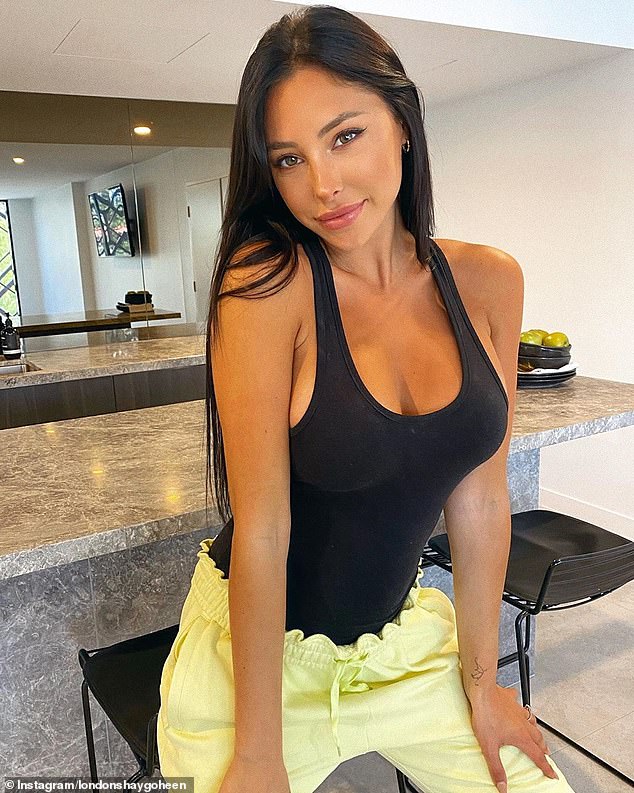 Bumping along nicely: The American model shared this picture of herself looking radiant in a stretchy black bodysuit that clung to her baby bump 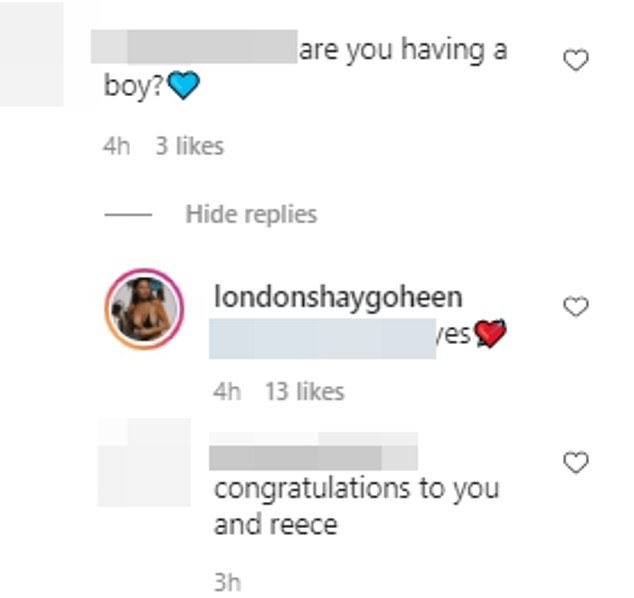 It’s a boy! When asked whether she was having a boy in the comments section of the post, London responded ‘yes’ with a heart and arrow emoji

Drawing attention to her baby bump in a stretchy frock, the brunette beauty penned online: ‘Baby’s been kicking all day for the first time. I truly can’t describe how magical the feeling is.’ 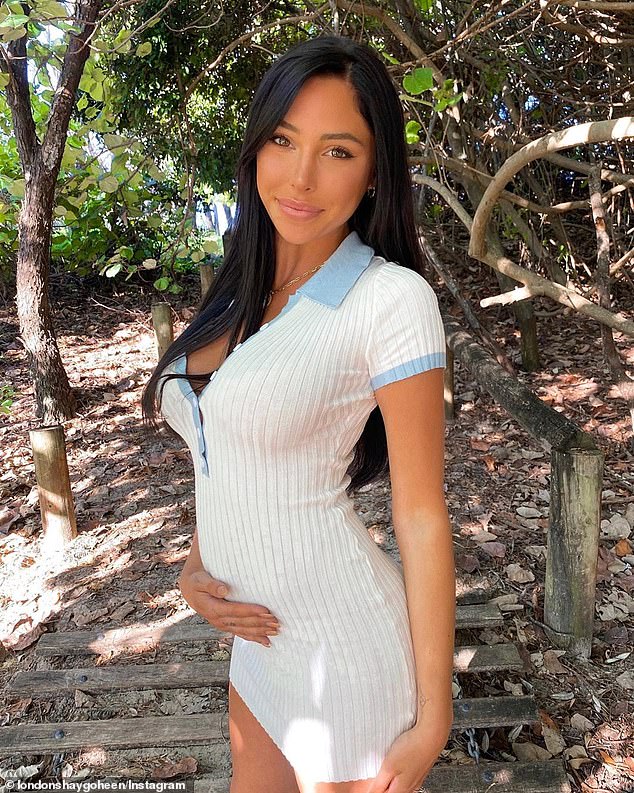 First-time mother: London has been keeping her fans updated on her pregnancy journey

In her engagement post on Instagram, London showed off her ring from luxury jewellery brand Tiffany & Co, declaring ‘it’s perfect!’

Called the Tiffany Soleste, the prized bling consists of a cushion-cut halo diamond on a diamond platinum band, and is valued between $15,800 and $26,200 depending on the diamond cut and clarity.

The proposal took place at the Sheraton Grand Mirage Resort in Port Douglas. 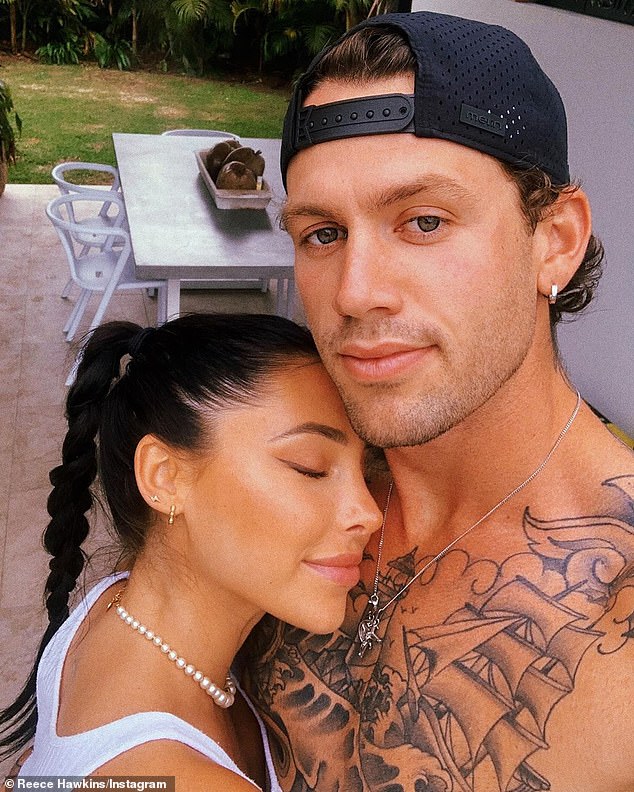 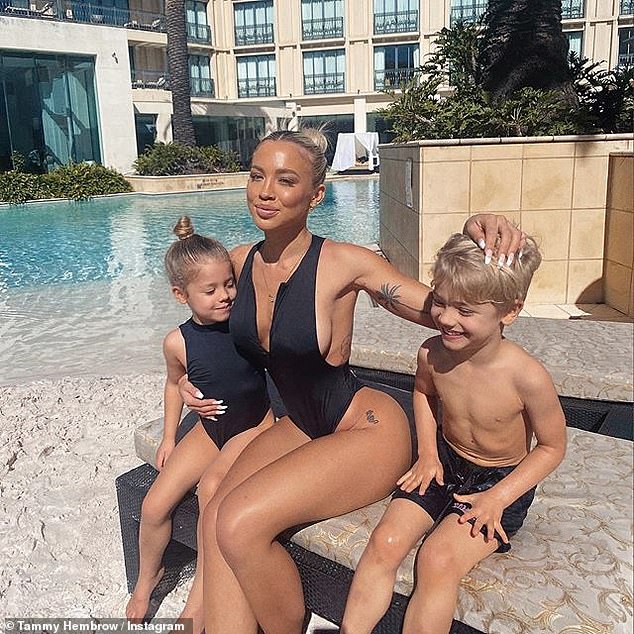