Home
News
The Voice UK: Anne-Marie stands in to replace pregnant Meghan Trainor as judge on the 2021 series
Prev Article Next Article

The Voice UK: Anne-Marie stands in to replace pregnant Meghan Trainor as judge on the 2021 series

Anne-Marie is set to replace Meghan Trainor as judge on the Voice UK in 2021, ITV has confirmed.

The award-winning singer, 29, will take up her swivelling seat alongside existing judges Olly Murs, will.i.am, and Tom Jones.

She is replacing Meghan, 26, after the All About The Bass singer announced that she was pregnant with her first child on Wednesday last week.

Fresh voice: Anne-Marie is set to replace Meghan Trainor as judge on the 2021 edition of the Voice UK

The show will be in safe hands, with superstar Anne-Marie hitting the big-time with her 2018 debut album, Speak Your Mind, which saw her become the biggest-selling debut artist of the year.

The 2002 hitmaker has released number of tracks this year, including her Rudimental and Tion Wayne collaboration Come Over.

The nine-time BRIT Award nominee is working on her second studio album at the moment.

Expressing her happiness at being chosen as judge, the singer said: ‘I am SO excited to join Sir Tom, will.i.am and Olly as the new coach on The Voice UK. I can’t wait to work with incredible undiscovered talent! Wahoooooo!’ 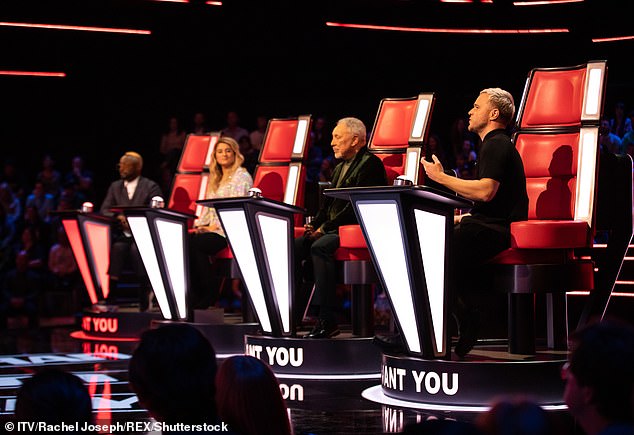 Distinguished ranks: The English singer is set to get her own famous swivelling chair 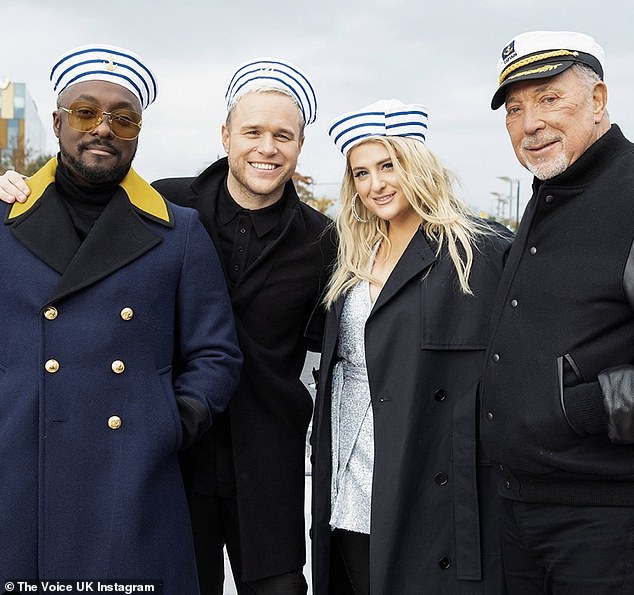 How they were: Anne-Marie will be joining will.i.am, Olly Murs and Tom Jones (L-R), and replacing US singer Meghan Trainor (second right)

Legendary crooner and judge Sir Tom Jones, 80, said: ‘I am really looking forward to working with Anne-Marie for the upcoming series of The Voice UK.

‘Anne-Marie will bring an injection of fresh energy and ideas which is fantastic.’

‘With her songwriting, singing and performance skills, plus her tell-it-like-it-is approach, this makes her the perfect mix-it-up addition to this season.’

Referring to their similar backgrounds, Olly Murs, 36, said: ‘She is one of the biggest female artists in the industry right now, so it’s great to have her join the team and also help bring the Essex ratio up! We are taking over!’ 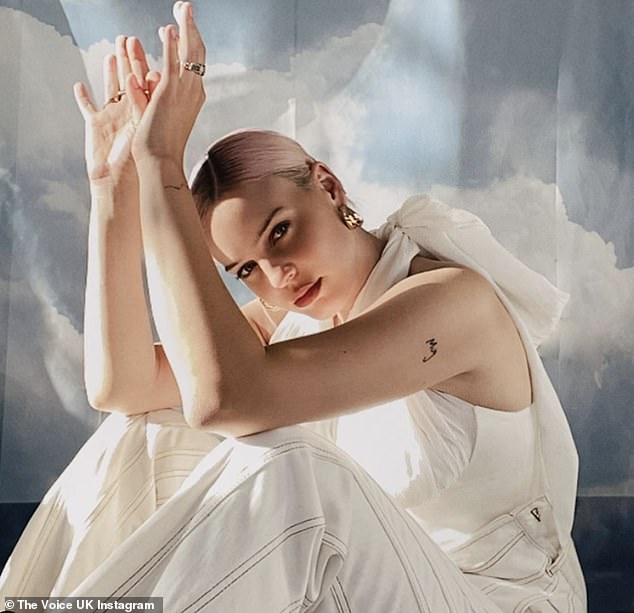 Fresh: Tom Jones said he was excited for Anne-Marie to bring ‘an injection of fresh energy and ideas’

Announcement: The team at The Voice UK seemed excited to have Anne-Marie on board

Meghan Trainor pulled out of the series after announced her pregnancy last week on The Daily Show, alongside her spouse Daryl Sabaram, who is best known for his acting work in Spy Kids.

‘We’re so excited we couldn’t sleep,’ she said after Daryl blurted out, ‘We’re pregnant!’ She also took to Instagram to share a photo of the sonogram.

Series 10 of the The Voice UK is set to return to ITV next year with 12 episodes featuring the classic rounds of the blind auditions, the battles, the semi finals and the final.

A new round called ‘The Block’ is also set to be introduced, which is sure to set tempers flaring as it allows coaches to block a fellow coach from adding a singer to his or her team.

The lucky winner of The Voice 2021 will secure a recording contract with Universal’s label UMOD. Emma Willis will be returning as the show host. 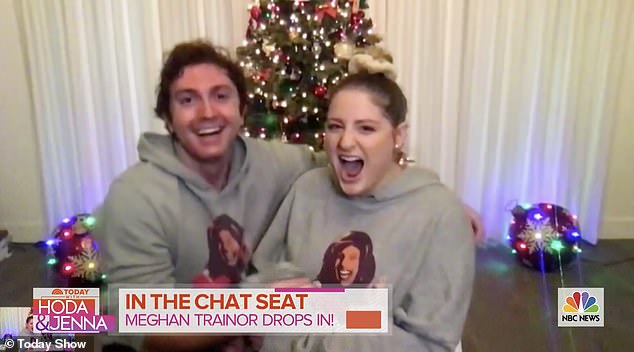 Happy news: Meghan Trainor pulled out of the series after announced her pregnancy last week on The Daily Show, alongside her spouse Daryl Sabaram 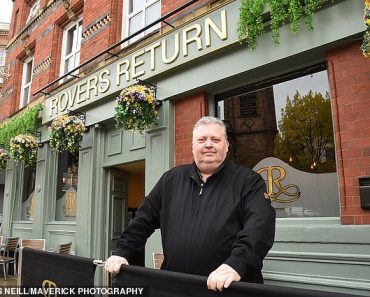 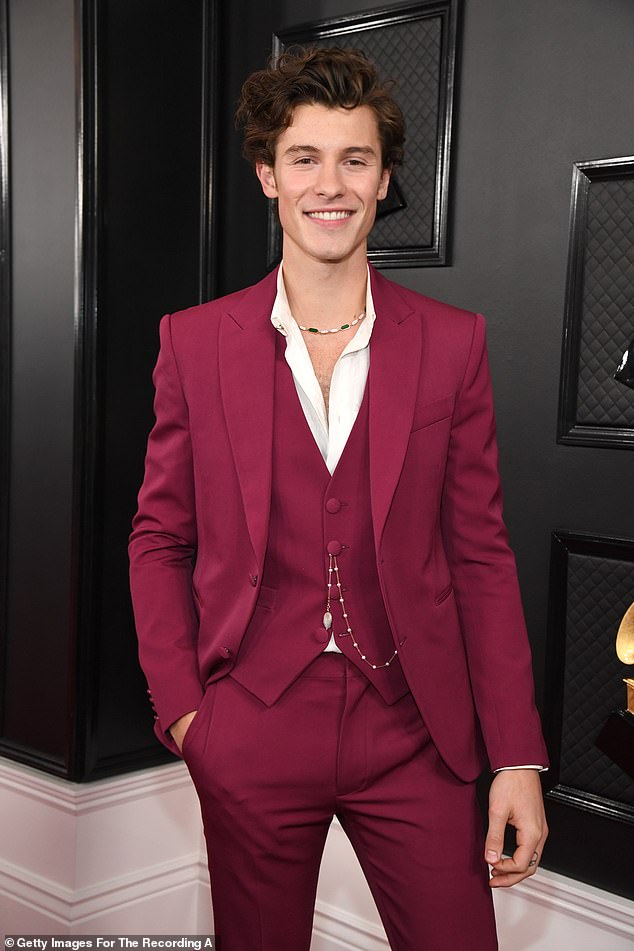