He was recently rumored to be in talks to make an appearance in the upcoming Spider-Man 3 with new star Tom Holland.

But Tobey Maguire left show business behind on Sunday as he enjoyed a trip to a farmers market in Los Angeles with his younger girlfriend Tatiana Dieteman, 27.

The 45-year-old Great Gatsby and his girlfriend were spotted carrying multiple flower bouquets after a productive day at the market.

Flower power: Tobey Maguire, 45, was joined by his girlfriend Tatiana Dieteman, 27, as they sampled LA’s farmers market and picked up some lovely flowers

Tobey kept his look low-key for the day with a nondescript gray T-shirt.

He also wore a set of black sorts and simple black trainers, and he had his brown hair cut short.

Tatiana showcased her toned legs in a pair of frayed cut-off jeans and she wore a black graphic T-shirt for Pink Floyd’s The Wall.

She wore her golden brunette tresses tied back in a ponytail and covered up with aviator sunglasses, while Tobey favored black plastic frames. 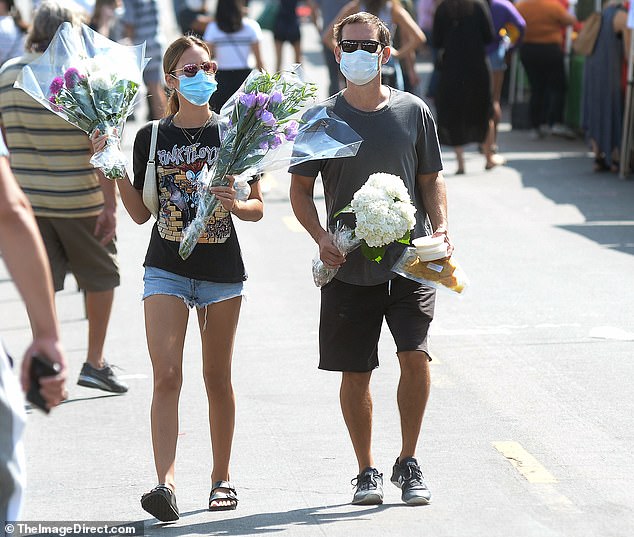 Classic rock fan: Tobey wore a charcoal shirt and black shorts, while Tatiana wore a cut-off jeans and a black T-shirt for Pink Floyd’s The Wall

She carried bouquets with white and magenta carnations and lilac-colored roses, while her beau carried white flowers and some food they bought at the market.

Both wore blue surgical masks over their faces to help slow the spread of the novel coronavirus.

Tobey was first linked to Tatiana in August 2018, when the two attended a party at his good friend Leonard DiCaprio’s home, Page Six reported at the time.

The couple have been going strong ever since, and Tatiana even has a strong relationship with Tobey’s children: Ruby, 13, and Otis, 11. 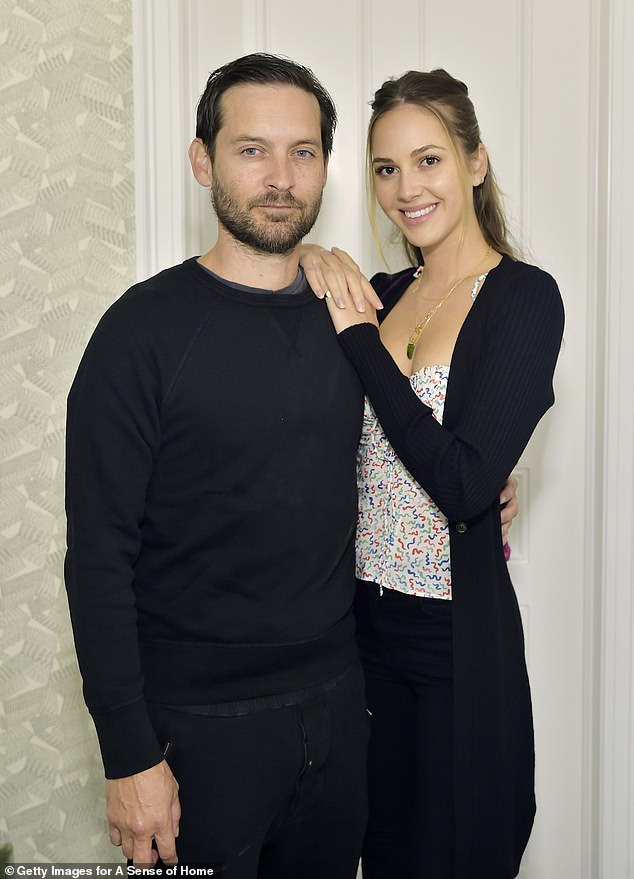 Going strong: Tobey was first linked to Tatiana in August 2018, when the two attended a party at his good friend Leonard DiCaprio’s home, Page Six reported at the time; shown in November 2019

‘Tobey’s kids love her,’ an Insider told Us Weekly shortly after the start of coronavirus lockdowns in the US. ‘She’s great with them.’

The Good German actor previously married celebrity jewelry designer Jennifer Meyer, 43, in 2007, after meeting in 2003 on the set of Seabiscuit.

The two separated in 2016 and finalized their divorce the following year.

‘Tatiana and Tobey’s ex-wife Jen get along well too,’ Us’ source added. 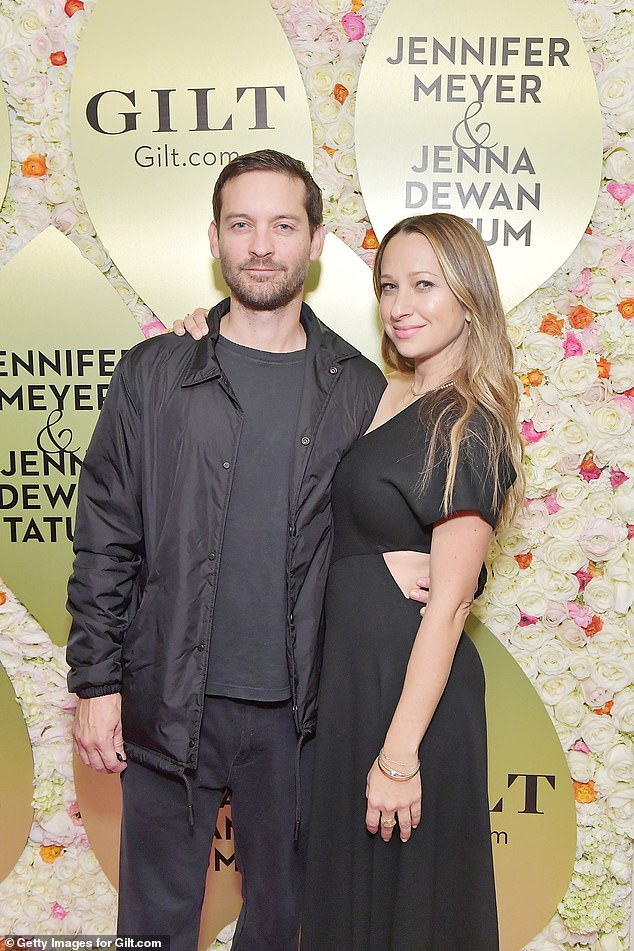 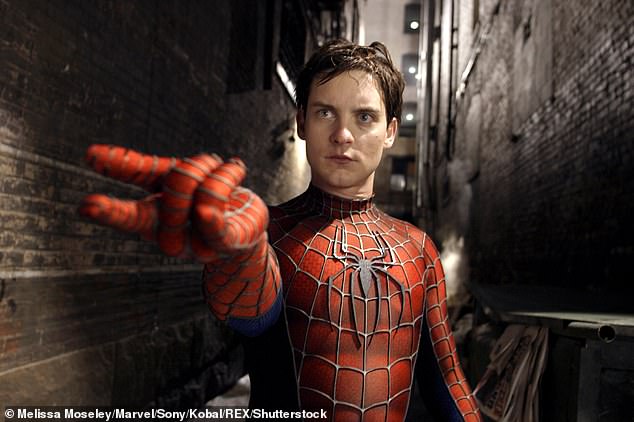 Back at it: Earlier this month, FandomWire reported that Tobey and Andrew Garfield were in early talks to reprise their roles in the upcoming Spider-Man 3 with Tom Holland; still from Spider-Man 2

In recent days, fans of Spider-Man and Marvel movies have gotten excited over rumors that Tobey may be in talks to return as the character in the upcoming third Spider-Man movie.

FandomWire reported earlier this month that both he and Andrew Garfield were in early talks to make appearances in the film.

Other casting decisions added credence to the report after The Hollywood Reporter revealed that Jamie Foxx would reprise his villainous role as Electro, which he originated in 2014’s The Amazing Spider-Man 2, which starred Andrew Garfield as the webslinger.

THR also reported that Benedict Cumberbatch’s Doctor Strange character would be in the new Spider-Man, taking over the mentor role that was originally filed by Robert Downey Jr.’s Iron Man.

Spider-Man: Far From Home previously hinted at the existence of a multiverse, and featured a return of J. K. Simmon’s media mogul J. Jonah Jameson, who was featured in the Tobey Maguire films, adding fuel to the rumors that the current Spider-Man might meet his alternate identities. 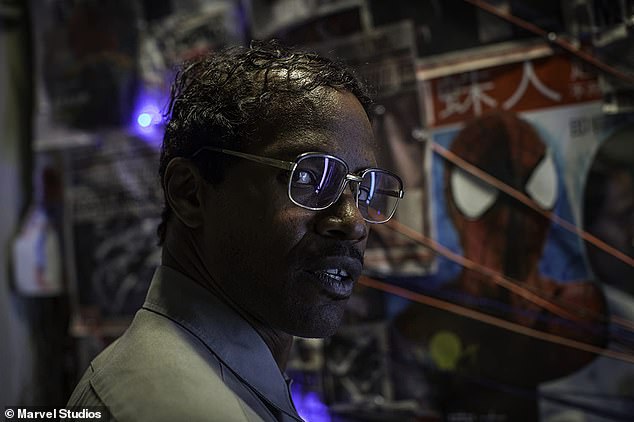 Returning: Jamie Foxx will be returning to the film, according to The Hollywood Reporter. He was featured in The Amazing Spider-Man 2 with Garfield 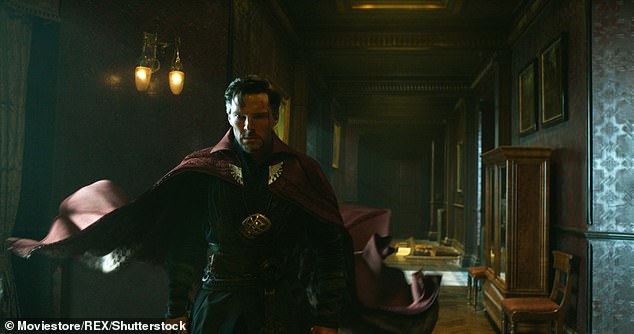 New worlds: Benedict Cumberbatch will also appear as Doctor Strange, who can travel between dimensions; still from Doctor Strange 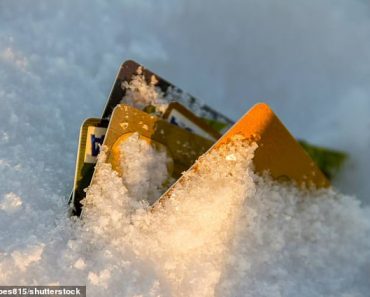