Global markets tumbled as concerns grew about a second wave of the coronavirus and cities including London were hit by fresh restrictions.

Millions in London, Essex and York were yesterday told they were no longer allowed to mix indoors with other households in places such as homes, pubs and restaurants, dealing another blow to the struggling hospitality industry.

Amid the turmoil, with new restrictions also being announced in other countries, the Euronext 100 index shed 2.2 per cent.

In the US, the Dow Jones Industrial Average fell by 1.2 per cent as traders reacted to news that jobless claims had surged by 898,000 last week.

They were also spooked by comments from US Treasury Secretary Steve Mnuchin, who poured cold water on suggestions that a big economic stimulus package could be passed before November’s presidential election. 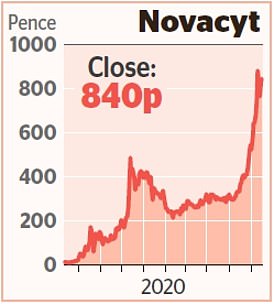 Shares in Covid-19 test maker Novacyt edged up after it sealed a £10million takeover of one of its manufacturers.

The firm, which has been supplying the NHS during the pandemic, said it had bought IT-IS International Ltd.

IT-IS is the only manufacturer of two Novacyt instruments used in laboratories for rapid coronavirus testing.

Novacyt chief executive Graham Mullis hailed the deal as the company’s shares rose 1.2 per cent, or 10p, to 840p after the announcement.

Russ Mould, investment director at AJ Bell, said investors were looking at ‘a sea of red’ in global equity markets.

‘It is becoming more apparent that the pandemic could still be raging well into 2021 and so economic prospects have become even more clouded,’ he said.

‘Ultimately, investors are unnerved by what’s going on with Covid-19 and how that is negatively impacting jobs and the ability for many businesses to succeed.’

Airline stocks were among those getting hammered by fears about fresh restrictions, with British Airways owner IAG down 2.5 per cent, or 2.5p, to 95.76p.

The gloomy outlook dragged on stocks that are seen as being closely-tied to the economy as well.

John Roe, a strategist at Legal & General Investment Management, said markets had been ‘surprised by the progress of the virus in the second wave’.

Meanwhile, packaging company Mondi fell 4.6 per cent, or 76.5p, to 1591p after it warned of reduced profits in the third quarter.

In a trading update, the firm said it expected underlying profits to drop 20 per cent to £277million in the three months to September.

The company blamed its problems on lower demand for materials such as paper from schools and offices during coronavirus lockdowns, as well as lower average selling prices and currency swings that ate away at profit margins.

However, one bright spot was demand for corrugated packaging from online retailers which the firm said had ‘remained strong’.

Because of the strong demand for cardboard packaging, Mondi said it was in talks with some customers about price increases.

A spokesman for the firm added: ‘The macro-economic outlook continues to be uncertain, however we are confident that the group will continue to demonstrate its resilience, while remaining well-positioned for when the recovery takes place.’ 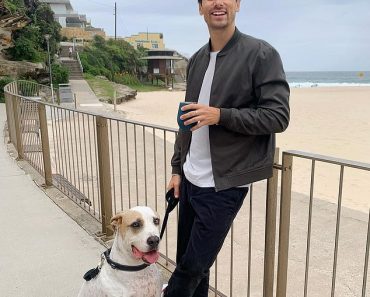