Home
News
Toon barmy: Revellers hug and kiss in the streets of Newcastle despite coronavirus fears
Prev Article Next Article

The streets of Newcastle were filled with revellers hugging, kissing and singing on Tuesday night, despite mounting fears over coronavirus.

Last week the North East recorded its highest weekly death toll since June, and the region has the second highest infection rate in the country – 1,462 cases per 100,000.

Despite those concerns, footage from Tuesday night shows a crowd huddled together, singing and dancing outside a venue in Greys Court, just before the 10pm curfew

Owners of the Greys Club, based nearby, said people had only gathered after leaving the venue as it had started to rain.

But witnesses claimed the rules, intended to save lives and curb the  spread of the virus, were blatantly ignored.

The appalled local who captured the footage, said while he supported people enjoying a ‘safe and responsible night out’, he had been horrified to see a crowd of this size.

He said: ‘People are having to sacrifice seeing family and friends at this time of year.

‘My blood is well and truly boiled.’

The lane leads to Greys Club, which reopened for ‘socially distanced events’ at the end of August.

A spokesman for Ladhar Group, who runs the club, said the incident occurred at the end of an event that had taken place at Grey’s Club.

He added: ‘The event itself had operated successfully and without issue and was fully compliant with Covid-19 regulations and guidance.

‘Unfortunately, it appears that at the time customers were leaving the event there was a heavy downpour of rain.

‘As there were no taxis available in the immediate vicinity a number of people congregated under the archway at the entrance to avoid getting wet.

‘It appears that the group of people congregating was in the vicinity for approximately 10 minutes.

‘The footage we have seen has identified a serious issue with crowd dispersal.

‘We take our Covid secure obligations very seriously and it is not something we want to see a repeat of.

‘With that in mind we are in the process of updating our risk assessments and policies to address patrons potentially congregating at the entrance.

‘It is not our intention to host any further events at Greys Club until those revisions have been made and agreed with officers of Newcastle City Licensing Authority and Public Health.

‘As a responsible operator it is disappointing that this issue has arisen.’

Ladhar Group are a major operator of licensed venues in Newcastle city centre.

‘We reopened many of our venues following lockdown in early July in order to safeguard jobs and support the economy and have had no issues with those venues since that time.

‘As a company we are 100% committed to ensuring the safety of our customers, and other users of the city centre, during this difficult time and are confident that this ‘one-off’ issue will not undermine our track record in that respect.’

A Newcastle City Council spokesperson said: ‘The only way for everyone to continue to enjoy our great pubs, bars, cafes and restaurants is to demonstrate social responsibility. 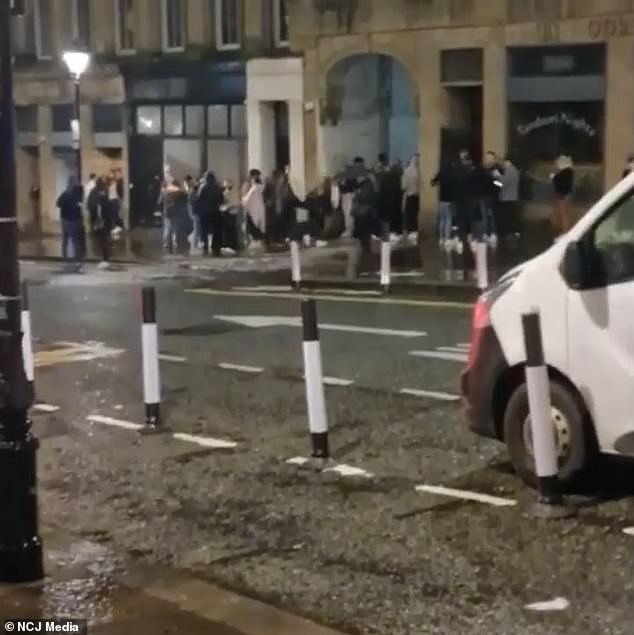 Grey’s Club, which has distanced itself from the footage, has decided to voluntarily close, on a temporary basis, Newcastle City Council has announced

‘That means taking sensible steps while out and about, being careful about how much you drink, and remembering that your actions – or lack thereof – could seriously impact on the wider community, including vulnerable family and friends.

‘Scenes like those filmed at the entrance to Grey’s Club, off Grey Street, are not appropriate and we are sure that all of those who were there know that.

‘Please by all means safely enjoy our vibrant night time economy but remember that nobody, regardless of age, is bulletproof and we must continue to do all we can to prevent the spread of this potentially life changing, if not deadly, virus.

‘We are speaking to the licensed trade and have provided advice, guidance and support, while carrying out routine inspections to monitor compliance with the new rules.

‘But wherever we receive reports of potential issues – such as these videos – we will investigate and seek to ensure that appropriate Covid secure arrangements are in place.

‘In this instance we are pleased to say that having spoken with the operators of Grey’s Club, off Grey Street they are to voluntarily close, temporarily, while they actively work with us to positively address issues around customers leaving their premises, to better keep everyone safe.’ 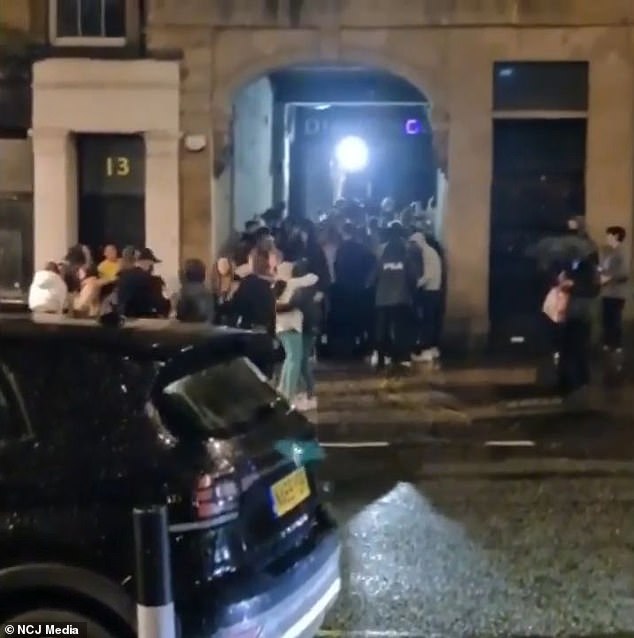 Northumbria Police said the scenes were ‘disappointing,’ and said it was supporting the local authority around ‘engagement and enforcement’

A spokesperson for Northumbria Police said: ‘Any scenes of people congregating in the street are very disappointing.

‘Everyone has a role to play in helping to prevent the spread of coronavirus.

‘We have dedicated teams on patrol to address breaches and where we see anyone choosing to ignore the rules they can expect enforcement action.

‘We will continue to support our local authority partners around their engagement and enforcement activity with businesses.’ 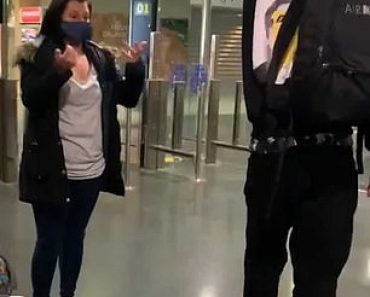