Dawn O’Porter has revealed that she believes her late close pal Caroline Flack has been ‘watching out for her’ and sending ‘signs’ since her death.

The Love Island host, who passed away aged 40, was found dead in her London home on February 15 after taking her own life.

Discussing how she’s still struggling with the loss of her friend eight months on, the author, 41, said she ‘feels Caroline in everything’, reports The Daily Star.

Candid: Dawn O’Porter has revealed she believes her late close pal Caroline Flack has been ‘watching out for her’ since her death (pictured in October 2019)

Detailing her grief, which she also discusses in new book Life In Pieces, Dawn said: ‘I feel her in everything. More than I have any other person I have lost.’

However she added: ‘Caroline has been throwing signs at me like fireball and I’ve been catching them all and clinging on tight.’

Giving an example of these signs, Dawn revealed that one morning she found her children’s toys had been destroyed by crows at her home in LA.

The presenter went on to explain how she then learned crows have funerals and as she looked up to the sky a plane started writing ‘Be Kind’. 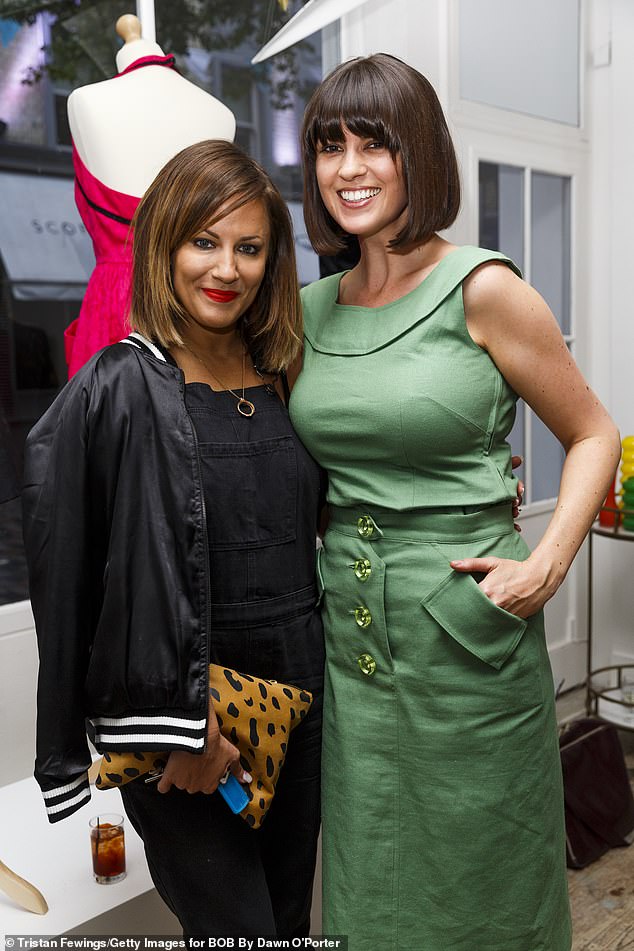 Close: The author added that she thinks Caroline is sending her messages and explained how she once saw the phrase Be Kind, which went viral after the Love Island host’s death, in the sky above her LA home (pictured together in London in 2015)

Dawn said: ‘I could not believe what I was seeing… her sending the crows in so i didn’t miss it. It’s all obvious

Dawn, who is married to actor Chris O’Dowd, also reveals that she’s still struggling with the pain and grief of her friend’s death in her new book Life In Pieces.

She reveals: ‘I wake in the night, every night, and the first thing I see is Caroline.’ 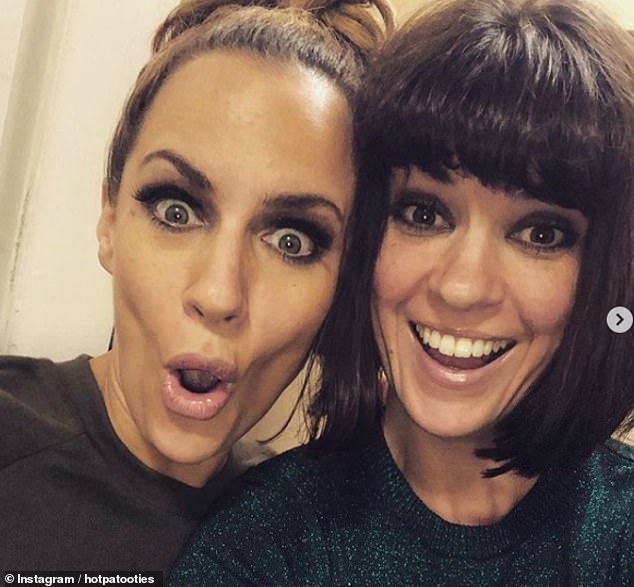 Tribute: Caroline, who passed away aged 40, was found dead in her London home on February 15 after taking her own life

It comes after Dawn has candidly discussed struggling with grief following the death of Caroline earlier this year.

Since her death, Dawn has regularly posted tributes to the star on her Instagram page and shared touching insights into their friendship.

In April, Dawn candidly detailed her experience with grief and shared an old photograph of the duo at an event together in 2015.

Alongside the image, Dawn penned: ‘This was a big night for me. Caroline showed up, as she always did. I keep waiting for it to feel easier. It doesn’t. 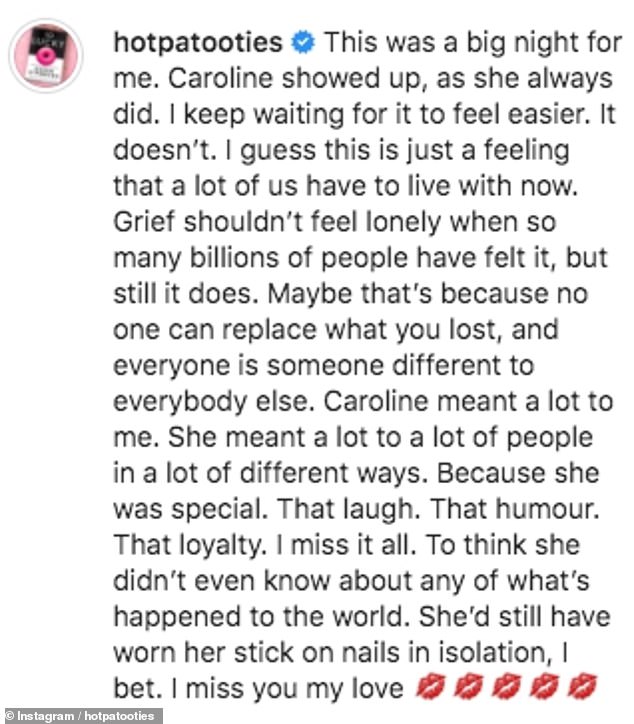 Opening up: Dawn has previously candidly detailed her experience with grief

‘I guess this is just a feeling that a lot of us have to live with now. Grief shouldn’t feel lonely when so many billions of people have felt it, but still it does.’

She added: ‘Maybe that’s because no one can replace what you lost, and everyone is someone different to everybody else.’

Reflecting on some of her friend’s favourite qualities, she said: ‘Caroline meant a lot to me. She meant a lot to a lot of people in a lot of different ways. Because she was special. That laugh. That humour. That loyalty. I miss it all.’ 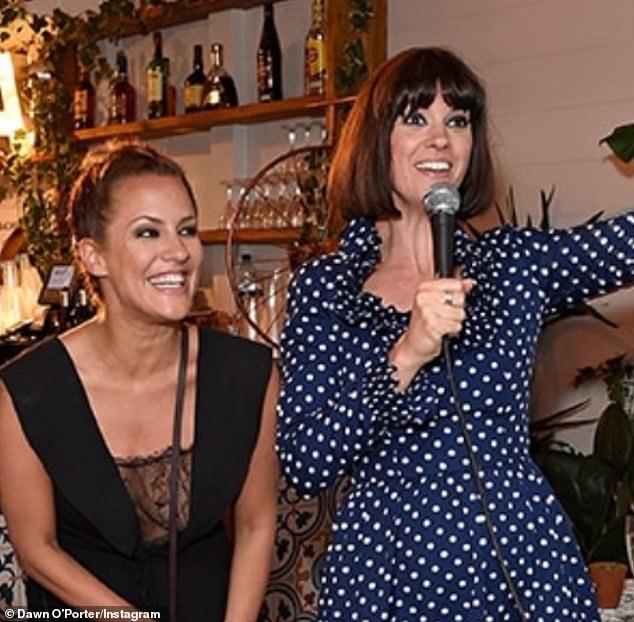 Paying tribute: Dawn also marked the five-month anniversary of Caroline’s tragic death with a throwback snap of them together

Dawn also speculated on how Caroline would have dealt with coronavirus isolation, and said: ‘To think she didn’t even know about any of what’s happened to the world. She’d still have worn her stick on nails in isolation, I bet. I miss you my love.’

Caroline tragically took her life at her Stoke Newington home on February 15, a day after learning the CPS would be pursuing a case of assault against her following a row with beau Lewis Burton at her home in December.

Following her passing, Dawn was one of Caroline’s many friends to post a tribute to her on social media along with a selection of photographs.

Dawn thanked her ‘funny’ and ‘silly’ friend for all the memories and added that no dance floor will ‘ever be the same again’.

If you have been affected by this story, you can call the Samaritans on 116 123 or visit www.samaritans.org. 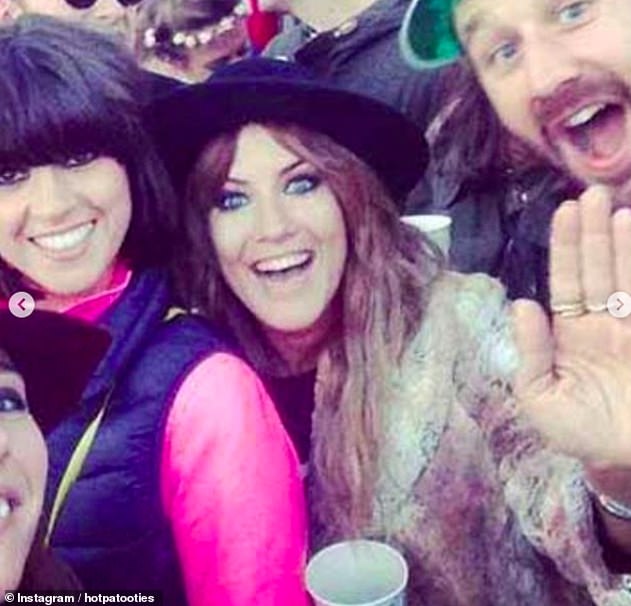 Love: Following her passing in February, Dawn was one of Caroline’s many friends to post a tribute to her on social media along with a selection of photographs 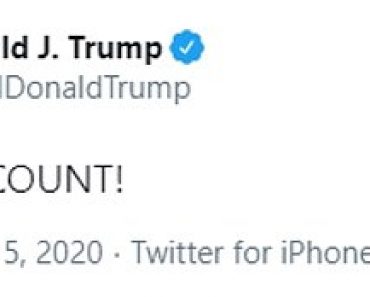 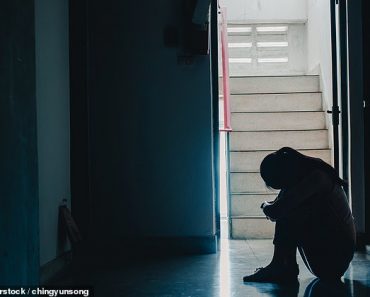 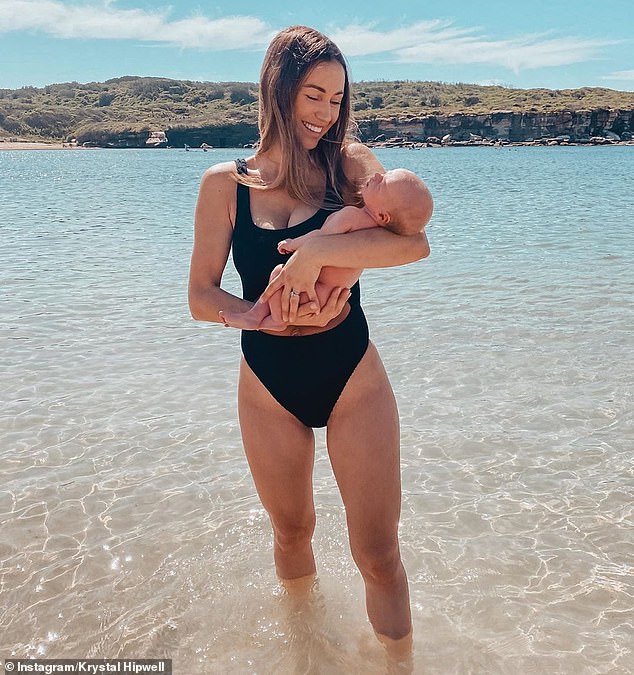 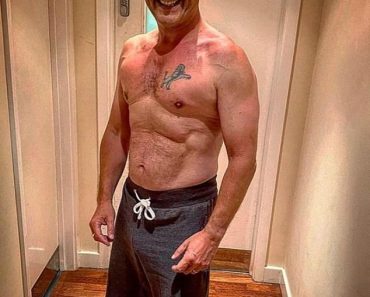 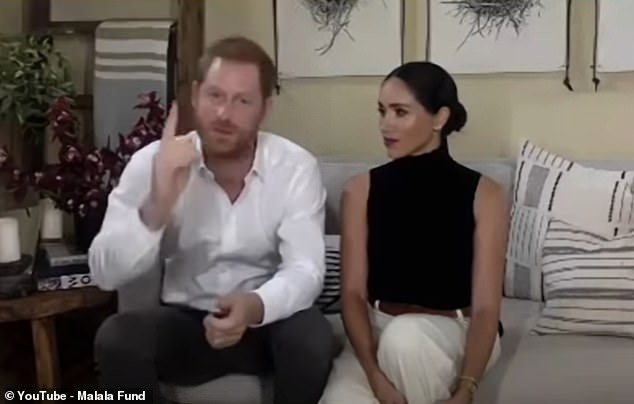 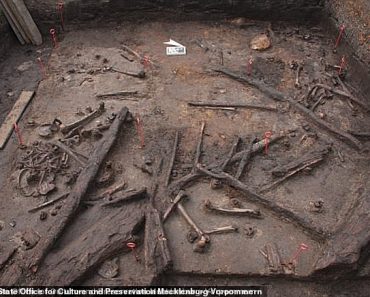