Aggressive species of shrimp smashes its way into rivals’ burrows using a club-like appendage that can strike at speeds of 50mph, study reveals

The hyper-aggressive mantis shrimp has evolved extreme power and weapons to help it outmuscle rivals for desirable burrows.

But it also carefully surveys new homes before deciding whether or not to launch an offensive, new research shows.

It is equipped with a club-like appendage which is used to rapidly strike opponents at speeds of up to 50mph.

So powerful are these creatures that they have been given the moniker ‘smasher shrimp’ due to their ability to break aquarium glass.

This matins shrimp is performing a ‘meral spread’ display. It is commonly use during contests when rivals are vying for the same burrow

Burrows in coral rubble are vital for the shrimps because they provide a safe haven for them in which to shelter, feed, moult, mate and lay eggs.

As a result of the benefits of having a burrow, competition is fierce among both males and females.

Researchers from the University of Exeter studied these interactions and found the size of the current inhabitant and the burrow is key.

When seeking out a new burrow, it must be big enough for the attacker to fit into, but small enough that they can block the entrance with their armoured tail.

In a series of experiments, researchers found the most desirable new place for a homeless shrimp is one that is slightly larger than the ‘ideal’ size.

Researchers believe the added wiggle room gives them chance to grow into their surroundings. 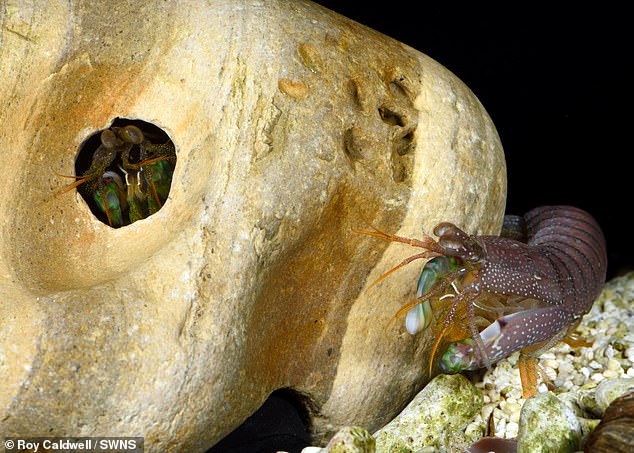 This smashing shrimp assesses a potential burrow. Researchers found resident mantis shrimps won most of the fights (69 per cent) against intruders. However, intruders won two thirds (67 per cent) of their battles when targeting smaller burrows and shrimp

3D-printed armour to be made from shrimp shells

A coating to make body armour impervious to bullets, lasers, microbes and even poison gas is being developed in the US from the same material as shrimp shells.

Chitin is a robust natural material which forms the shells of crustaceans, protects butterfly wings and is found in mushroom cells.

The material is a naturally occurring, and therefore biodegradable, polymer which offers hope as an eco-friendly alternative to plastics.

The research from the University of Houston has been funded by a $660,000 grant from the US Department of Defense. 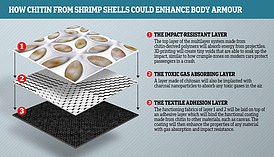 Engineers will use 3D printing to customise products made from chitin

However, invading individuals fight hardest and are more successful when targeting burrows that are a little cramped and smaller than ideal.

Dr Patrick Green, of Exeter University’s Centre for Ecology and Conservation, said: ‘We know that animals can assess a variety of factors, including the size of the opponent and the value of the prize, when deciding whether to fight and how hard to fight.

‘In this case, as a smaller burrow is probably occupied by a smaller opponent, it seems mantis shrimps will compromise on the size of the home if it means an easier fight.

‘It might be assumed that animals fight hardest for the biggest assets, but this study is an example of maximum effort being reserved for something that’s “just right”.’

He explained that the tail strikes of the smasher shrimp have been known to create a flash of light which is caused by water vapourising.

When fighting rival shrimps, they generally take turns to throw one or more ‘punches’ while the opponent curls up, using its tail as a shield.

Overall, resident mantis shrimps won most of the fights (69 per cent) against intruders in the study.

However, when intruders won two thirds (67 per cent) of their battles when targeting smaller burrows and shrimp.

But the victory rate dropped to just 13 per cent for burrows that were much smaller or much larger than the intruder’s ideal size, as calculated by the researchers.

When intruders did triumph, Dr Green said they usually did so by throwing the first punch and delivering more strikes.

The shrimps in the study, published in the journal Animal Behaviour were collected from their seagrass habitat in the Caribbean. 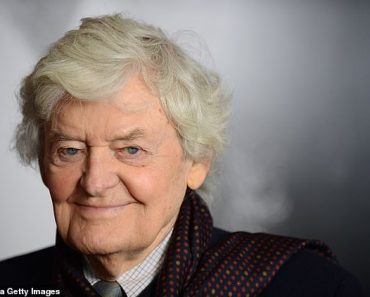 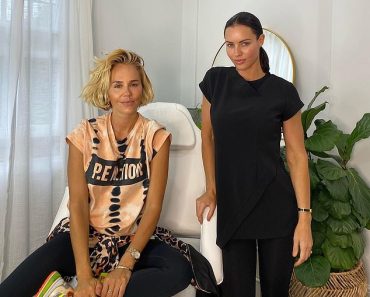 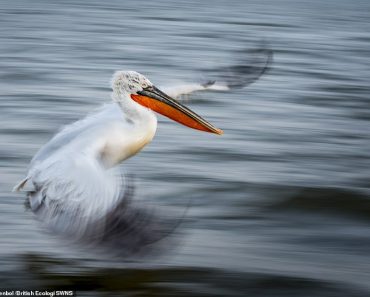 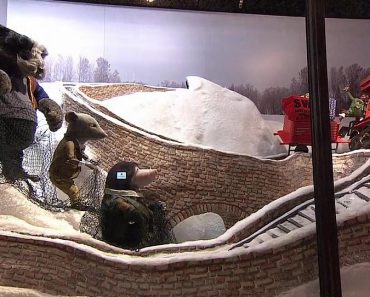 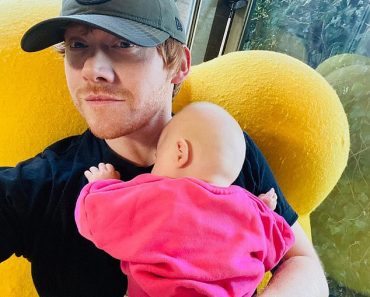