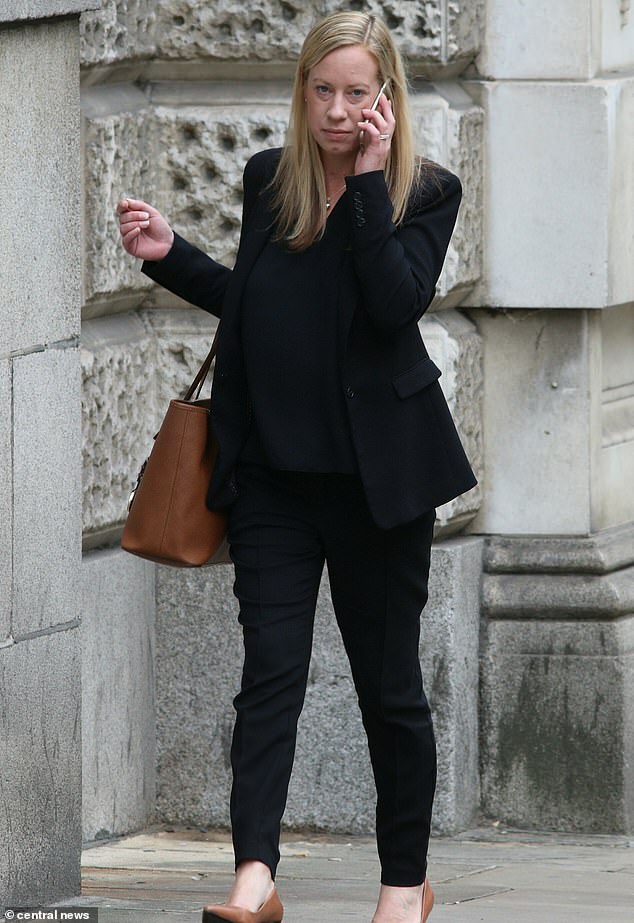 A City worker accused of murdering her four-week-old baby claims she found her daughter’s lifeless body after her lover had fed her, a court heard today.

Sanders said she found Eva looking ‘lifeless’ beneath her blanket in her bedroom after Vaitkevicius, the baby’s father, had given her a final feed for the night on 1 September, 2017.

The mother, who earned £90,000-a-year as a financial consultant, was heard screaming: ‘My baby, my baby’ by neighbours upon finding Eva, the Old Bailey heard.

Clare Sanders, 44, pictured outside the Old Bailey in February, where she has denied murder 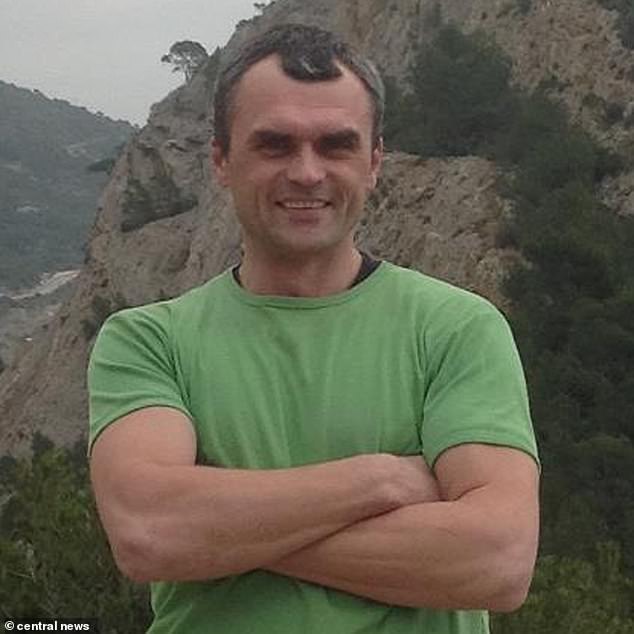 Eva was rushed to hospital where medics battled to save her life but she was pronounced dead. A post-mortem later gave the cause of death as traumatic brain and spinal cord injury.

Giving evidence about the day Eva died, Sanders said: ‘It was a good day, he (Vaitkevicius) was stepping up and doing things. I think around the 10.30pm mark Tomas took over the feed.’

Sanders explained she and Vaitkevicius were celebrating the four-week point of Eva’s life and had enjoyed a few drinks that evening after dinner.

On the last feed, some 60ml of formula milk was left in the bottle, which Sanders ‘thought was unusual’ and she and Vaitkevicius agreed to keep an eye on it.

Friends of the couple had purchased a baby monitoring device which Sanders said she usually turned on after feeding her.

But jurors were told the device may not have been switched on on August 31, as Sanders said she heard no crying coming from the bedroom and went to check on Eva.

‘It definitely worked but I did not know if it was switched on. I just carried on in the kitchen,’ she told the court.

‘I think he (Vaitkevicius) went back into the lounge. I went to check the baby and she looked lifeless, I scooped her up and screamed.

‘She was lying on her back. She just seemed lifeless. She had milk coming out of her nose and mouth. Her head just slumped forward. I just picked her up and screamed.

‘Milk was coming out of her nose and mouth, it seemed like a bit of a gush.

‘Tomas came into the bedroom. I think he just took her from me. I think I asked him what had happened. There was nothing, she was just lifeless.

‘He told me to go and get help. I was just screaming. He commenced CPR on the bed. I think I went to the hallway to see if I could find my phone.’

Sanders then ran out of the flat and began to plead with a neighbour for help: ‘I just said Eva was not breathing,’ she continued. ‘I thought she was dead’. 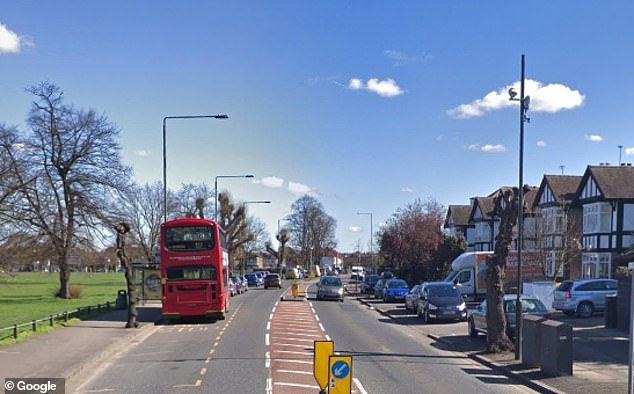 Sanders was living with her Lithuanian lover in a flat on this road in Mitcham, South London 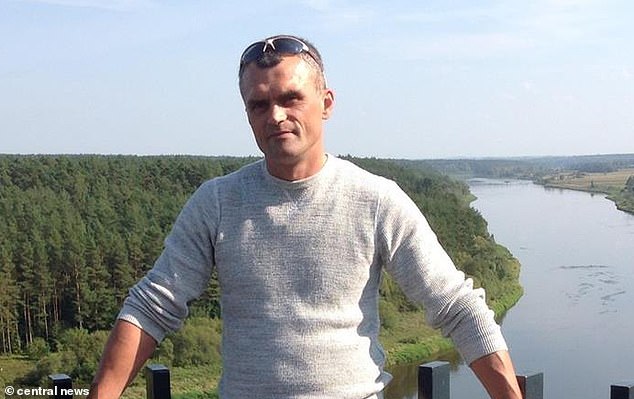 Tomas Vaitkevicius, 45, (pictured) denies murder and the alternative charge of allowing the death of a vulnerable child

She told the court that on August 27, she thought Eva was off-colour and picked her up to check on her, when the baby’s ‘feet and hands began shaking.’

After bringing her to her chest and cuddling her, she said Eva’s shaking stopped, so the family went out for a picnic.

‘I was on the bus,’ she explained: ‘I was searching different terms for shaking baby.’

Speaking of her relationship with Vaitkevicius, Sanders said: ‘I had pretty much worked out I could do it on my own.

‘I did not feel there was any rush. I did not want to turf him out, homeless on the street.

‘He was not working with anyone making any money. He was still Eva’s father.. I just did not think co-habiting and co-parenting was going to work.’ 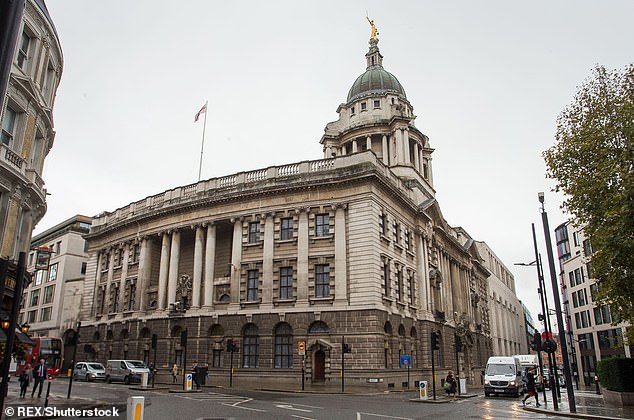 ‘These violent events were not so close in time that they could have occurred on the same day, but on different days and we say they were days apart.

Sanders and Vaitkevicius, from Mitcham, both deny murder and an alternative count of causing or allowing the death of a vulnerable child. The trial continues.