A cyclist could be awarded up to £50,000 after successfully suing a woman when her dog ran in front of him, causing a crash which left him brain damaged.

David Crane says he suffered a brain haemorrhage when he flew over the handlebars after braking to avoid Carina Read’s cocker spaniel on Acton Green Common in west London.

The publishing executive, 70, took his fight to the Central London County Court where his lawyers claimed investment banker Ms Read was negligent in failing to properly control her dog, Felix.

Ms Reid, 48, denied all blame and insisted the accident was a ‘freak occurrence’ and said Felix only ran in front of the bike because he was ‘stunned’ after the ball hit him on the head.

She also claimed Mr Crane was going too fast and should not have been riding on the path which was out of bounds to cyclists in line with local bylaws.

But Judge Patrick Andrews has now ruled that Ms Read was negligent, having failed to call back Felix as he shot towards the path and the oncoming cyclist. 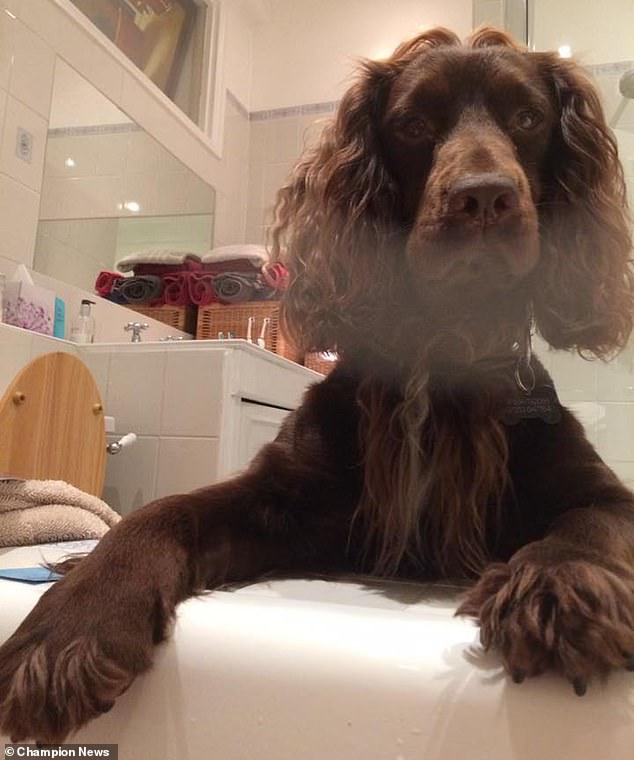 Mr Crane sued Ms Read under the 1972 Animals Act, but her lawyers said the Act only relates to damage done by a dangerous animal and that Felix (pictured) was not remotely dangerous

Mr Crane sued Ms Read for negligence as well as under the 1972 Animals Act, which her lawyers argued only relates to damage done by a dangerous animal.

Her legal team said Felix was not remotely dangerous.

The judge told the court today: ‘After considering all the facts and evidence, I find that on balance of probabilities, in failing to call back Felix, which she clearly had time to do, Ms Reid exposed Mr Crane to risk of injury.’

The ruling means Mr Crane, who claimed up to £50,000, is entitled to a damages payout, with the amount due to be assessed at another hearing.

The ‘seasoned cyclist’, who said he has ridden a bike around London for over 40 years without mishap, said he was cycling with care and at no more than five miles per hour when the dog ran in front of him in March 2016.

He said the accident occurred in a ‘split second’, adding: ‘The first time I was aware of the dog was when it was right in front of me’.

He denied claims he was hurrying to get to work on time or that he was riding too fast, saying he was incapable of speeding along because he had weighed 18 stone.

His barrister Helen Pooley said he sustained a ‘not insignificant brain injury’, affecting his hearing, memory, concentration and ability to drive, leaving him with headaches and impairing his sense of taste and smell.

Mr Crane, from Chiswick, declared himself ‘100% a dog lover’, and said outside court that he now walks friends’ dogs for exercise because he can no longer ride his bike or go skiing.

Insisting Ms Read should be cleared of blame for the accident, her barrister Nigel Lewers told the judge that when she threw the ball for Felix the path was clear. 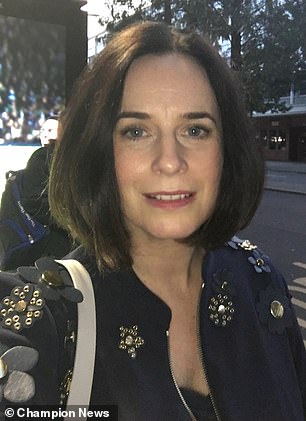 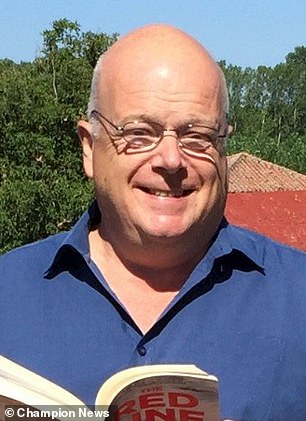 He said the ball bounced off the dog’s head as he chased it, deflecting it towards the path: ‘At that point, she became aware of Mr Crane cycling at speed with his head down.

‘She tried to warn him, but Felix chased the ball across the path and was struck by the front wheel of the bicycle.

‘She was doing what she and no doubt many others had done in the same or similar areas of the common – throwing a ball for her dog down an open strip of grass and not in the direction of the path.’

Felix had seemed ‘momentarily stunned’ when he was accidentally hit on the head by the ball, Ms Read had said in her evidence.

‘The chance of Felix deflecting the ball beyond the daffodils and across the path must have been remote,’ her barrister said. 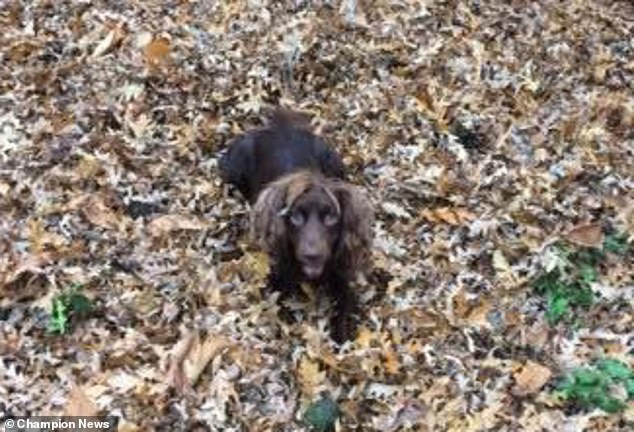 Mr Crane denied claims he had ‘sped’ down the path to get to work on time and failed to keep a proper look out. He insists he had no time to avoid the spaniel (pictured), despite riding at no more than 5mph

And exercising dogs on the common was ‘part of the way of life of the residents in the locality,’ he added.

But giving his ruling on the case, Judge Andrews found that Ms Read should have done more to keep Felix in check.

The dog should have been warned and called back, he said, also questioning whether it was safe to have thrown the ball when Felix was so close to the path.

The cyclist ‘had no time to take any evasive action when Felix ran across his path’, explained the judge.

Judge Andrews noted Felix was a ‘well trained dog who returned when called’, but concluded Ms Read had not called the dog back and so was liable to pay damages.