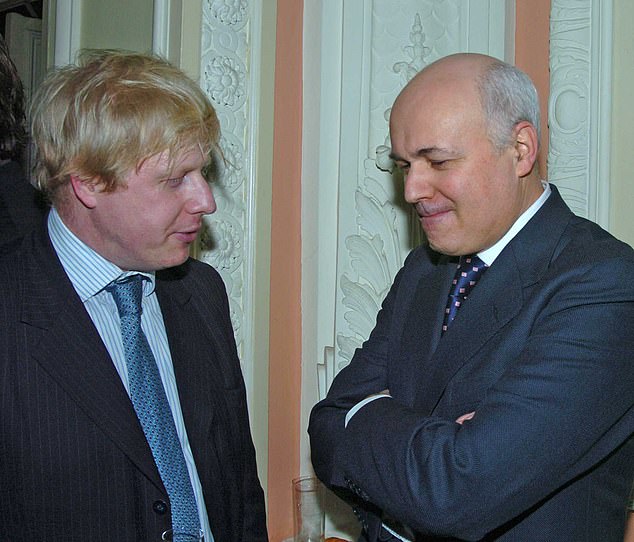 Boris Johnson‘s humiliating treatment of the Tory grandee who led his campaign to replace Theresa May as Prime Minister is laid bare in shocking claims in a new book.

The Prime Minister apparently had such contempt for former Conservative party leader Sir Iain Duncan Smith that he would do anything to avoid him – including physically hiding from him.

Mr Johnson refused to take his phone calls and when a frustrated Sir Iain, his leadership bid manager, turned up at his campaign HQ in Westminster in a desperate bid to talk to him – Mr Johnson fled upstairs and hid.

He took his entire team of aides with him and they cowered like skulking schoolchildren until Sir Iain stopped knocking on the door and went away.

Prime Minister Boris Johnson (left) reportedly regarded former Conservative Party leader Iain Duncan Smith (right) as a ‘great man’ but is said to have gone to great lengths to avoid him, including physically hiding from him, according to a new book. Pictured: The two men attend a book launch during Johnson’s time as editor of The Spectator when Duncan Smith’s was the Conservative party leader [File photo] 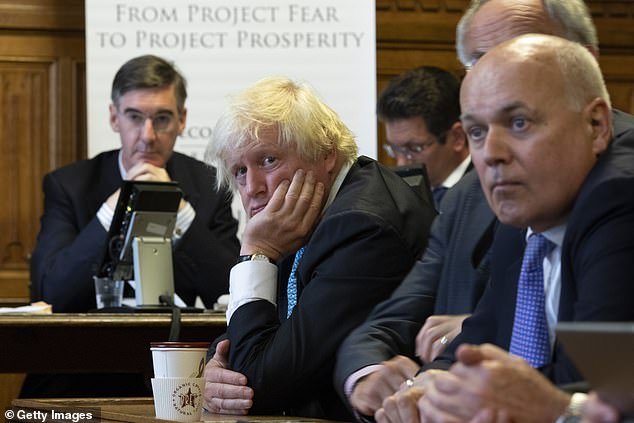 He says that Mr Johnson gave him the post, not because he thought he would do a good job of it, but as a ploy to stop Tory MPs who didn’t trust him beyond delivering Brexit voting for Mr Hunt instead.

The device worked: Mr Johnson won by a landslide.

The claims about his cynical treatment of Sir Iain, and his own MPs’ lack of faith in him, could not come at a worse time for the Prime Minister.

He faces a mass revolt from Conservative MPs in the North who say they have lost trust in his pledge to ‘level up’ the region because of the Tier Three coronavirus lockdowns imposed on Manchester and Liverpool. 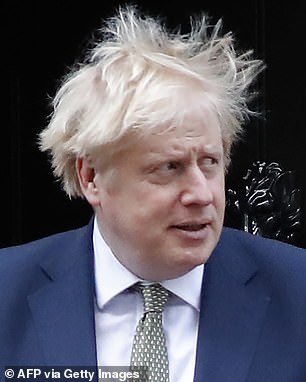 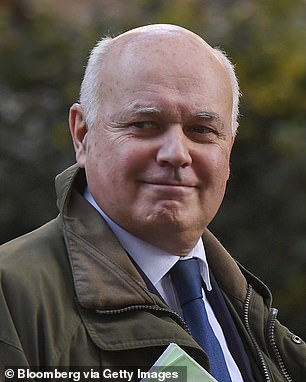 Cardwell claims that Johnson gave Duncan Smith the post as campaign head, not because he thought he would do a good job of it, but as a ploy to stop Tory MPs who didn’t trust him beyond delivering Brexit voting for rival Jeremy Hunt instead

According to Mr Cardwell’s book, Sir Iain was leader of Mr Johnson’s campaign in name only.

He says the lifelong Eurosceptic ‘was chosen to throw some red meat to the Conservative Party’s Right-wing Brexiteers to keep them on board’.

It was a ‘good strategic move’ because some MPs viewed Mr Johnson’s ‘commitment to their cause beyond Brexit’ as ‘suspect,’ says Mr Cardwell, who adds: ‘But relations between chairman and candidate were not good.’

‘On one occasion, just days before Boris was announced as the new leader of the Conservative Party, IDS attempted to ring him several times to suggest they have a strategy discussion at the campaign’s headquarters at the home of Andrew Griffith. Boris ignored both calls and texts until finally IDS texted to say he was on his way round.

‘With IDS en route, Boris quickly ordered his entire team to race up the stairs to the first floor of the house and hide from their alleged campaign chairman as he rapped on the door of the building, demanding to be let in.

‘It was a farcical scene, orchestrated by the man who would be Prime Minister of the United Kingdom just hours later.’ 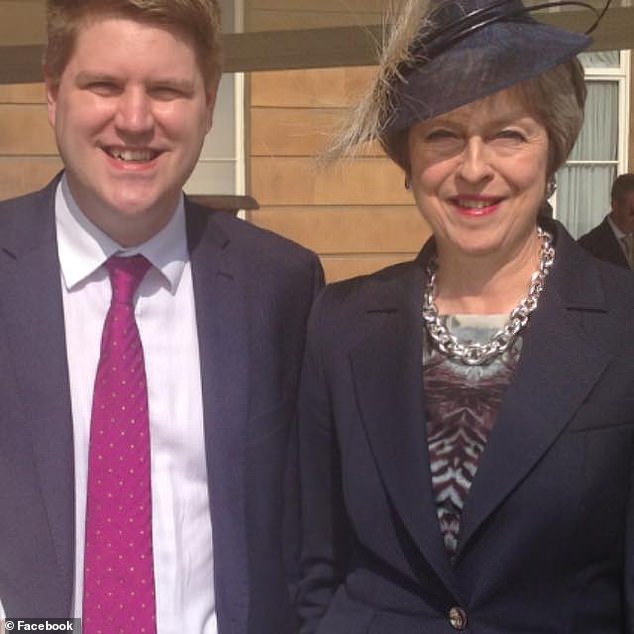 The book continues: ‘Eventually, IDS gave up knocking on the door and ringing the bell, and the Johnson team gingerly made their way downstairs again to their makeshift offices to resume their work.’

Mr Johnson’s snub to Sir Iain is at odds with his praise for him when he was given the position of ‘campaign chairman’.

Mr Johnson’s team said it was a mark of his ‘enormous respect’ for Sir Iain whom he considered to be ‘a great man’.

His job would be to ‘control clarity and message discipline’ of Mr Johnson’s campaign, ‘general organisational matters’ and ‘planning for future government’.

An ally of Mr Johnson’s said at the time: ‘IDS is there to ensure structure and message discipline in this last phase.’

A Tory aide on Mr Johnson’s campaign team said: ‘Boris does regard Iain as a great man but he can also be a great bore.’

While using Sir Iain to win votes, Mr Johnson’s allies said he could be rewarded with the role of Deputy Prime Minister with special responsibility for delivering Brexit.

In the event, he did not get a job and had to make do with a knighthood in the New Year Honours.

Mr Griffith was also rewarded for letting Mr Johnson use his home as a campaign base by being appointed his No10 chief business adviser.

He was also given the plum Tory seat of Arundel and South Downs, which he won with a 22,521 majority at last year’s general election.

Mr Cardwell says the real power in Mr Johnson’s leadership campaign lay with key aides Lee Cain, Ben Gascoigne and Sir Eddie Lister, all of whom were given posts in No10.

Mr Cardwell says Mr Brokenshire ‘was very angry and sad to lose his job, especially given how much time and effort Boris had put into courting his endorsement just weeks beforehand’.

Brokenshire publicly backed Mr Johnson for the leadership, but was still dismissed. He was later brought back as a junior Home Office minister – ‘but it’s not a Cabinet post,’ writes Mr Cardwell.