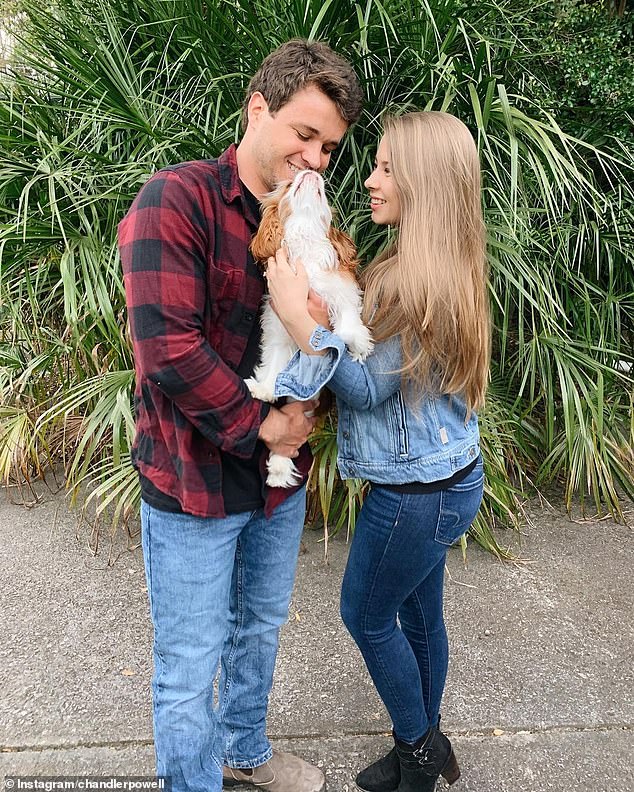 Their growing brood! Chandler Powell shares adorable new photo of his pregnant wife Bindi as they pose together as a ‘family of four’

Bindi Irwin and Chandler Powell are expecting their first child together, a baby girl, due next year.

And on Thursday, Chandler shared an adorable new photo of his pregnant wife as they posed together as a ‘family of four’ with their dog and unborn child.

Posting to Instagram, the 23-year-old former wakeboarder was beaming as he and his expectant wife, 22, cuddled up to their pup, Piggy.

Just the four of us: On Thursday, Chandler Powell (left) shared adorable new photo of his pregnant wife Bindi Irwin (right) as they posed together with their ‘family of four’

‘Our family of four,’ he captioned the photo.

Bindi looked casual chic in denim jeans and and suede boots as she covered up her growing bump with a denim jacket.

The Wildlife Warrior wore her long locks loose and appeared to be wearing minimal makeup. 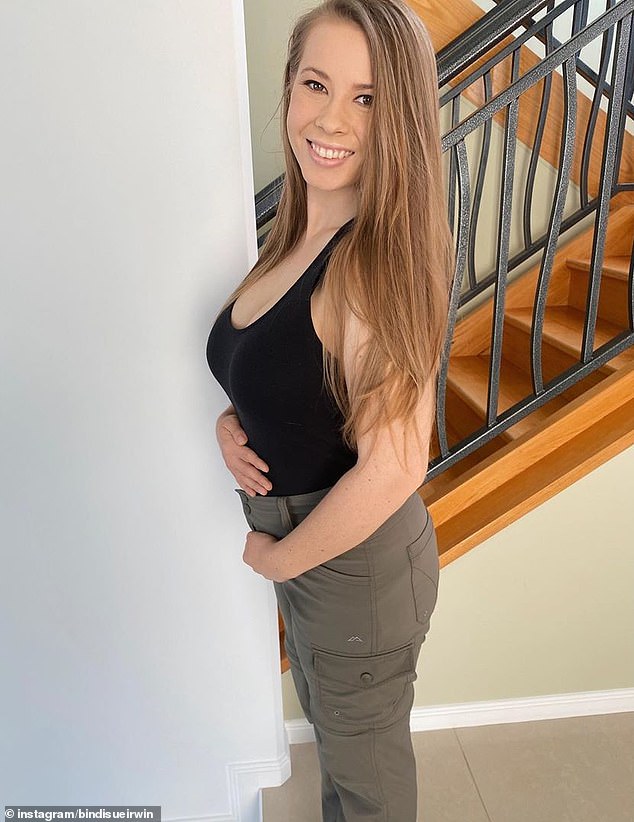 Baby on board! Bindi showed off a slight hint of her baby bump as she posed for a photograph taken by her mother

On Wednesday, Bindi revealed that she’s ‘getting close to the halfway point’ of her pregnancy.

‘Baby bump is getting bigger! We’re getting close to the halfway point and I think our Australia Zoo animal family is excited to meet our daughter next year,’ she wrote alongside an Instagram photo. 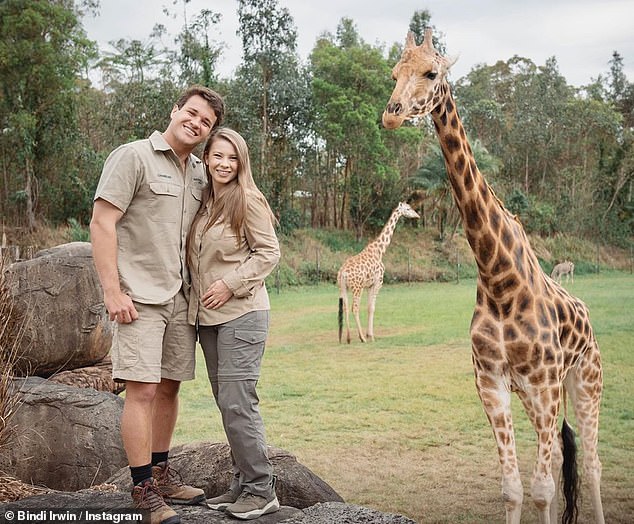 ‘We’re getting close!’ Bindi Irwin covered her growing baby bump in her signature khakis as she revealed she’s ‘getting close to the halfway point’ of her pregnancy on Wednesday

In the picture, the Australian wildlife warrior covered her bump in her signature khaki work uniform.

She gently touched her stomach as she smiled and posed alongside her husband Chandler.

Bindi and Chandler tied the knot on March 25 in a makeshift ceremony at Australia Zoo, just before the COVID-19 lockdown.

Bindi announced her pregnancy in August, uploading a photo to Instagram of herself and Chandler holding a tiny version of the Australia Zoo uniform. 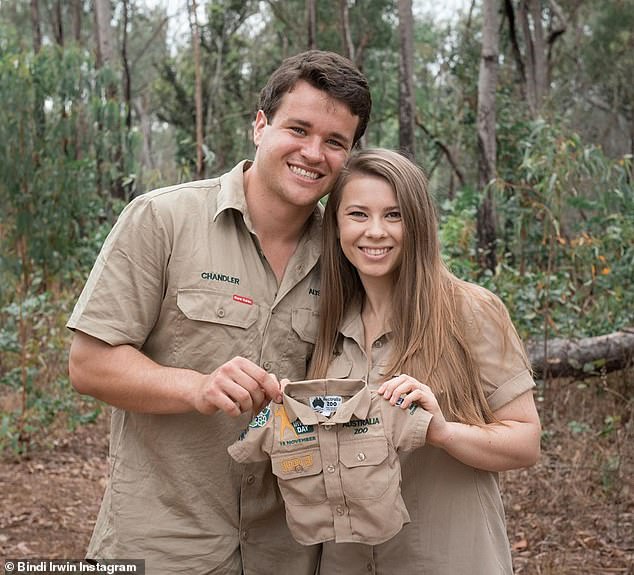 Growing family: Bindi announced her pregnancy in August, uploading a photo to Instagram of herself and Chandler holding a tiny version of the Australia Zoo uniform