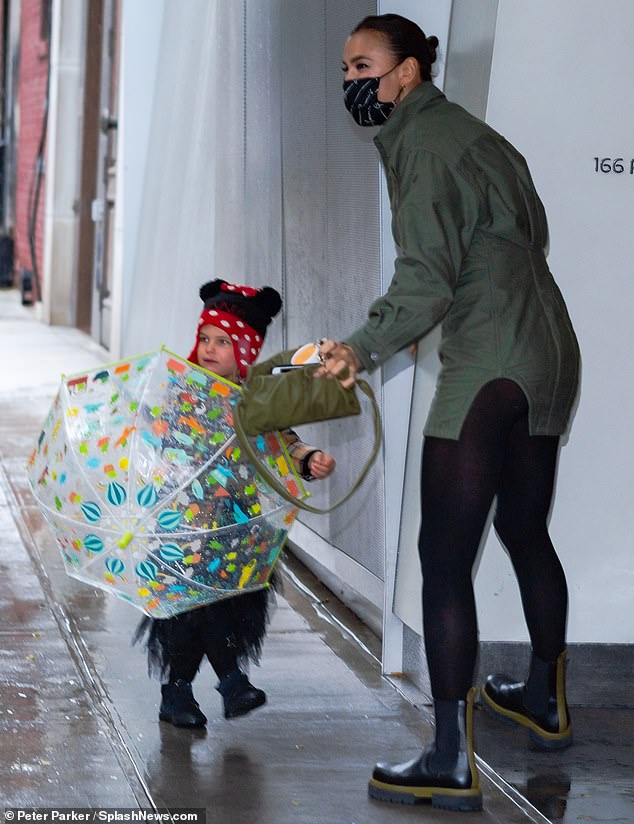 Supermodel Irina Shayk looked thrilled to be with her daughter on Thursday afternoon.

The two were seen enjoying an autumn day in New York City’s West Village as they were bundled up against the chill.

Happy mommy: Supermodel Irina Shayk looked thrilled to be with her daughter on Thursday afternoon. The two were seen enjoying an autumn day in New York City’s West Village as they were bundled up against the chill

Shayk had on a nice designer look with an army green jacket that had an opening on the side along with black leggings.

The runway star added funky rain boots that were black with a green stripe and a heft sole.

And proving she has an eye for style, the star matched her small leather purse to her jacket.

Lea was darling in a Burberry jacket with red and white Minnie Mouse cap as she added a black skirt and shoes. The small child was holding onto a colorful umbrella as she was near some small puddles. 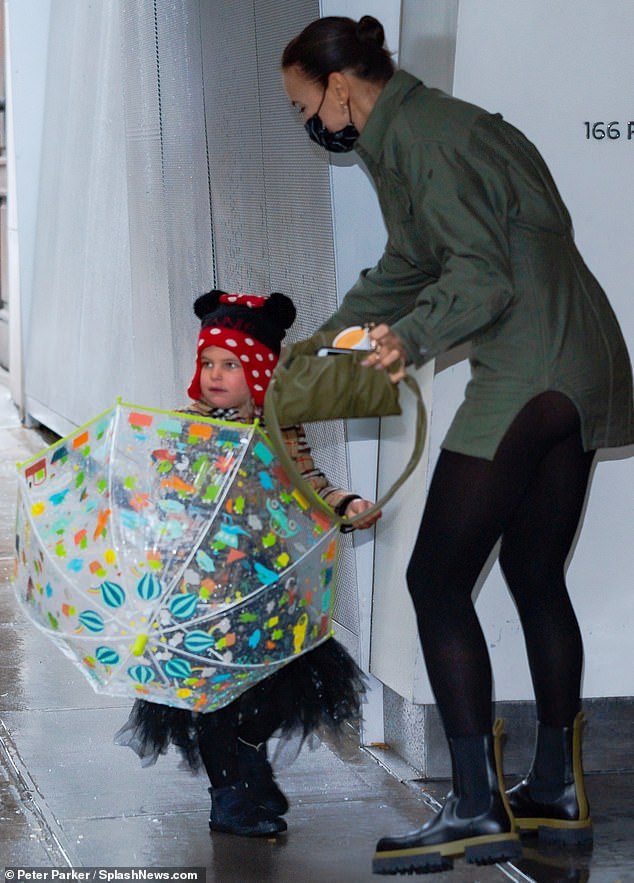 Style mavens: Shayk had on a nice designer look with an army green jacket that had an opening on the side along with black leggings 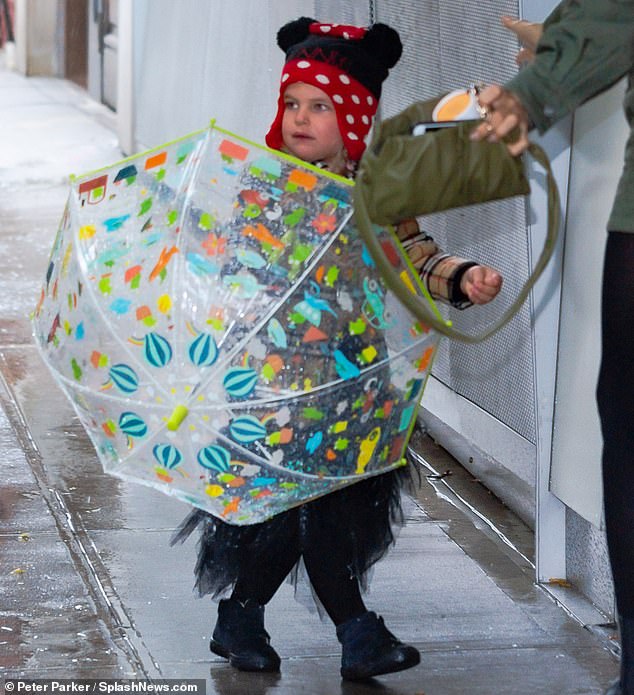 Cutie: Lea was darling in a Burberry jacket with red and white Minnie Mouse cap as she added a black skirt and shoes

The day before the star was seen in designer duds.

She wore the coat open flashing Burberry’s signature beige plaid design. The coat had gold buttons and went past her knees.

The catwalk princess also had on a black silk outfit that ended way above her knee.

Beige and black Chanel rain boots that sell for around $2,100 added another designer touch. In her hand was a small black purse that looked only big enough to fit a cell phone and a pair of keys. 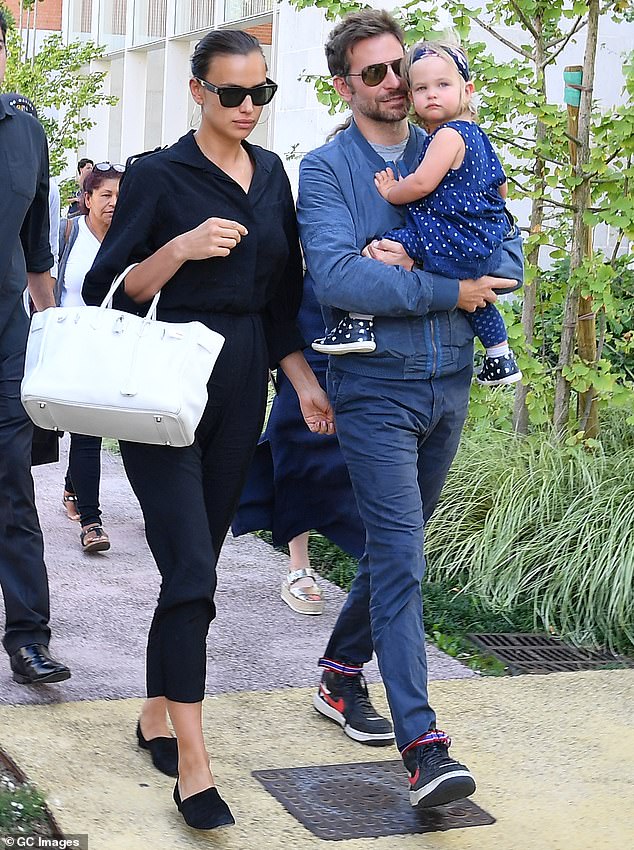 Past perfect: The 34-year-old Vogue cover girl shares her mini me Lea De Seine, three, with her ex partner, 45-year-old actor Bradley Cooper of The Hangover fame. Seen in 2018

In September Irina was seen hugging Bradley on a street in NYC proving they still have a good friendship.

The former power couple started dating in April 2015 when they attended the White House Correspondents’ Dinner, went official in March 2016 during a Paris Fashion Week party, welcomed Lea in March 2017 and split in June 2019.

The two share custody of Lea who is seen often with both mom and dad in New York City. But seeing all three together is a rarity.

In January Irina touched on her relationship with Bradley when she sat down with Harper’s Bazaar magazine. 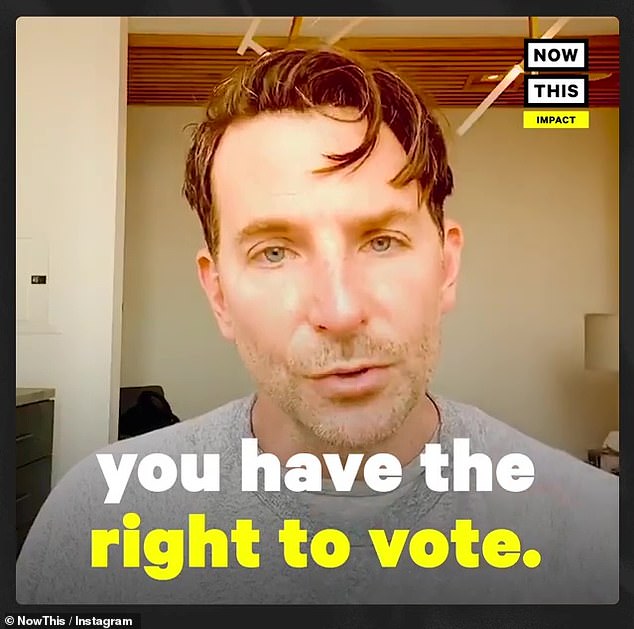 He is using his fame for good:This month Cooper urged followers to get out and vote

‘I think in all good relationships you bring your best and your worst  – it’s just the nature of a human being,’ Shayk said. ‘Two great people don’t have to make a good couple.’

But she noted that she appreciated their union.

‘I think we’ve been very lucky to experience what we had with each other,’ continued the model. ‘Life without B is new ground.’ 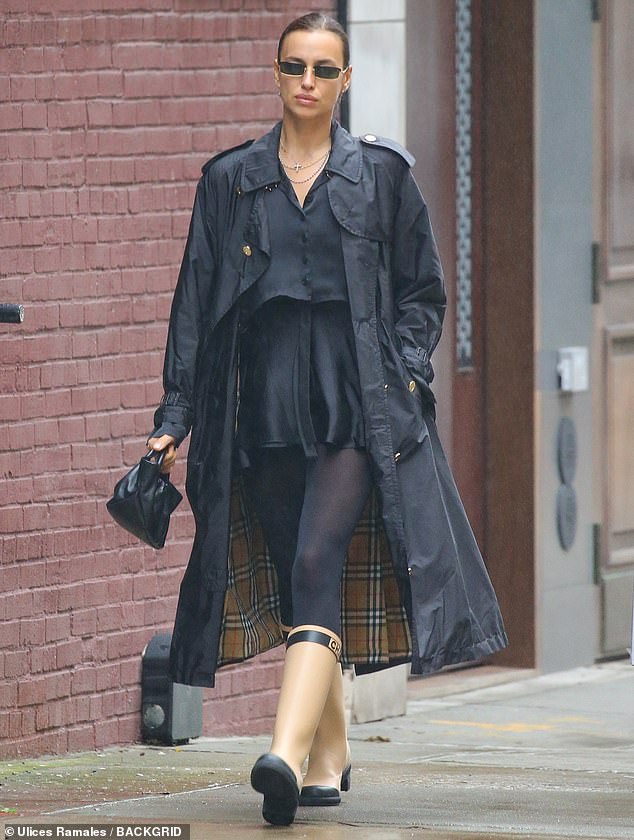 Fancy coat! Shayk sure never misses a moment to share her stylish wardrobe. And on Wednesday the Russian Vogue cover girl was at it again as she was seen walking down the street in New York City in a Burberry rain coat that retails for around $3,000

She also touched on what it was like being a single mother. ‘It’s hard to find a balance between being a single mom and being a working woman and provider. Trust me, there are days I wake up and I’m like, “Oh my god, I don’t know what to do, I’m falling apart.”‘

The star seems to have moved on. She has been seen several times with art dealer Vito Schnabel who used to date Amber Heard, then before that Heidi Klum.

Cooper has been a hands-on dad. He was seen just last weak with Leah on his shoulders in New York City. 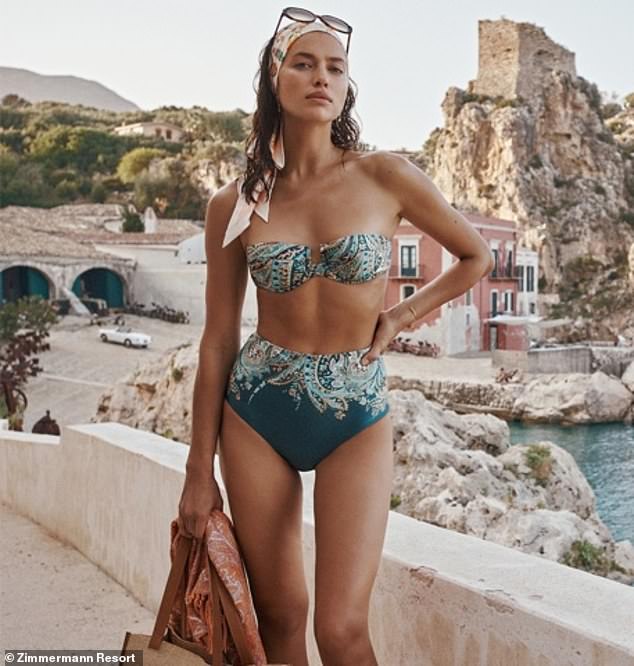 And she still has a stunning figure: Shayk for Zimmermann Resort Swim 2021 Campaign

He made sure to mask up for the outing in NYC’s West Village, per CDC recommendations mid the ongoing COVID-19 pandemic.

Cooper revealed how he has been spending quarantine with his mother Gloria Campano and daughter Lea while speaking with Interview Magazine.

Bradley also said he had been ‘running a one-man preschool’ for Lea, whom he has been teaching how to swim in their bathtub.

‘I’m with my daughter and my mother and my two dogs, and we have not left the house. My mother is going to be 80, and she has a colostomy bag, so I can’t let anybody in the house. And I can’t leave the house, because if she gets it, it’s over,’ he said.

‘We live in a little townhouse, thankfully there’s a backyard. I’m running a one-man preschool. We get up, we do swim class in the bathtub.’ 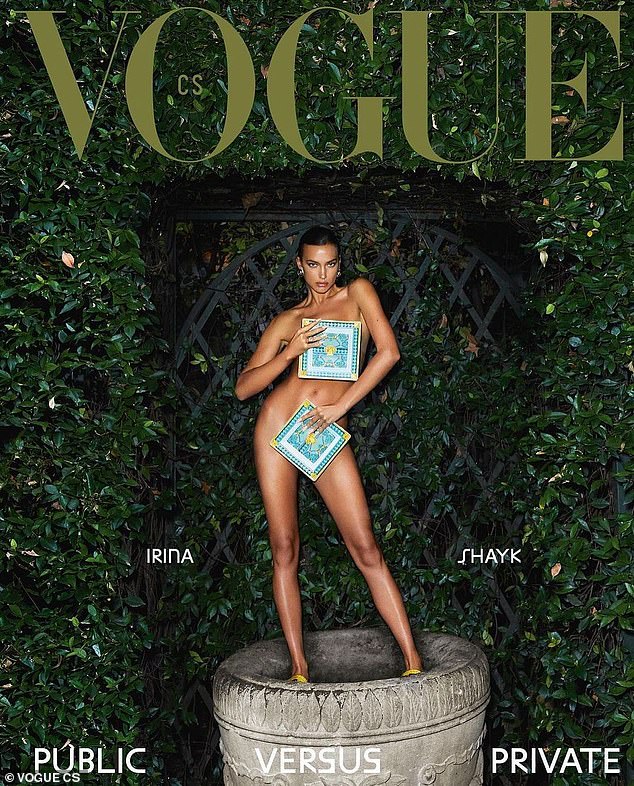 She sure stays in the limelight: This fall the statuesque brunette beauty was seen on the cover of Vogue CS