He’s one of Australia’s most iconic actors, thanks to his starring role in Crocodile Dundee back in 1986.

But Sunrise viewers were left shocked on Thursday morning as it was revealed that Paul Hogan, 81, has a secret granddaughter, who is a reporter for Seven News Sydney.

During the broadcast, Paul was reunited with journalist Mylee Hogan, 29, via video link. She affectionately called him ‘Pa’ and explained what it was like to have such a well-known grandfather.

‘Hey, Pa! It’s been a while since I’ve seen you there!’ said Mylee, who is the daughter of Paul’s third son, Todd Hogan.

‘I don’t want to burst the bubble, but we get all the boring bits of Pa, don’t we? 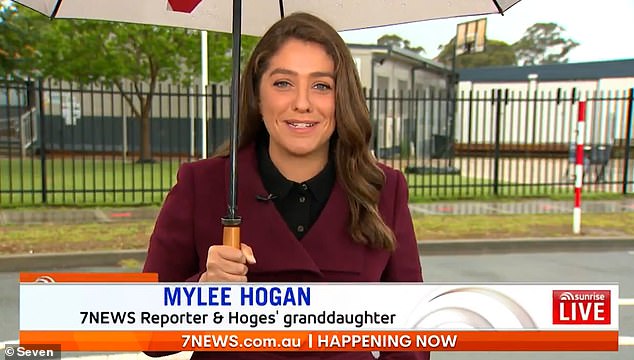 Sweet! The gorgeous brunette revealed what it was like to live with such a famous grandfather 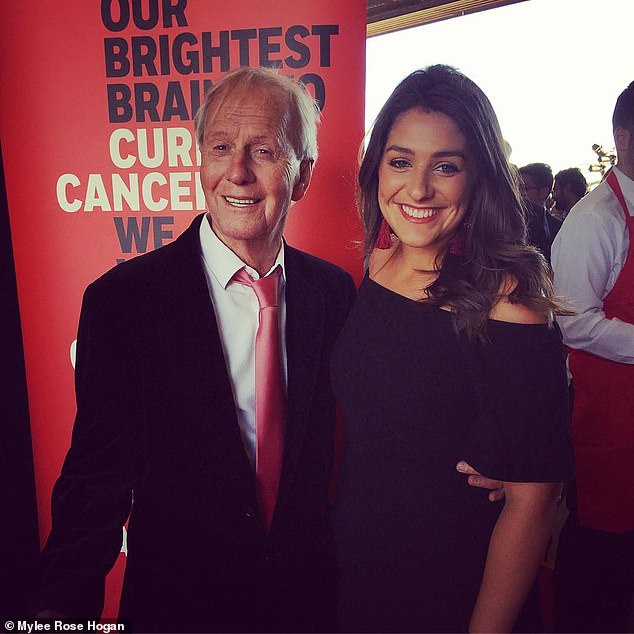 Family affair: Mylee said she gets to hear ‘wonderful stories’ about her grandfather, adding that it’s a ‘privilege’ to be related to him. Pictured at a cancer charity event in 2017 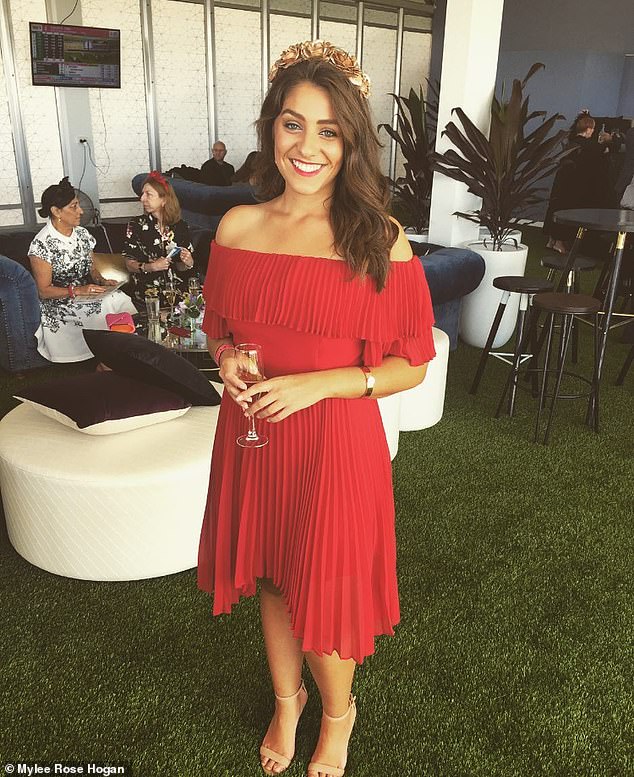 Stunning: Mylee has made a name for herself in her own right, having worked for Channel Seven for the last two years

As Sunrise hosts David Koch and Sam Armytage burst into fits of laughter, she added: ‘I get that great version! No, but we do get some wonderful stories, and I get to hear those wonderful stories from him which is such a privilege.

‘We are so proud of everything that he has done. We miss you!’

The actor cheekily responded: ‘That’s my granddaughter, and she’s a lady! She’s not a little child. But I don’t have any great grandchildren!’ 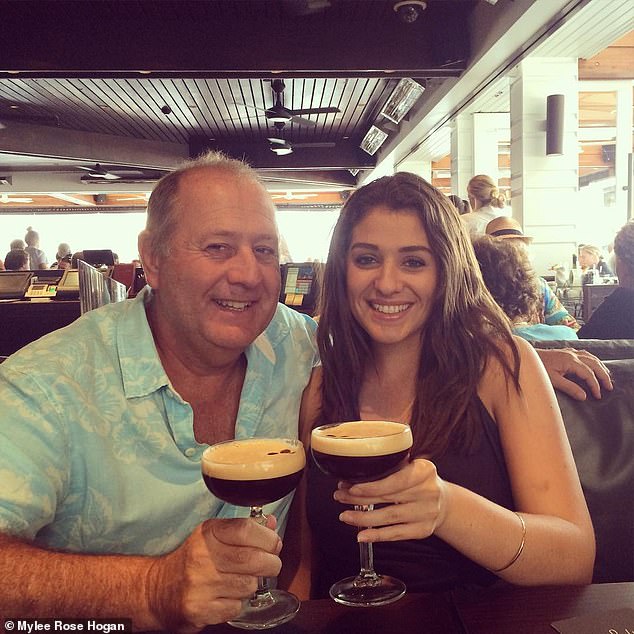 ‘You’re going to have to keep on waiting there, Pa!’ Mylee laughed.

Mylee has made a name for herself in her own right, having worked for Channel Seven for the last two years.

Paul shares five children with his first wife, Noelene Edwards. He also has one child, son Chance, 21, with his second wife, Linda Kozlowski.

He was appearing on Sunrise to discuss his new autobiography, The Tap-Dancing Knife Thrower.

After the interview, his granddaughter took to Instagram to share a screenshot of the pair on TV together, which she captioned: ‘This was pretty special.’ 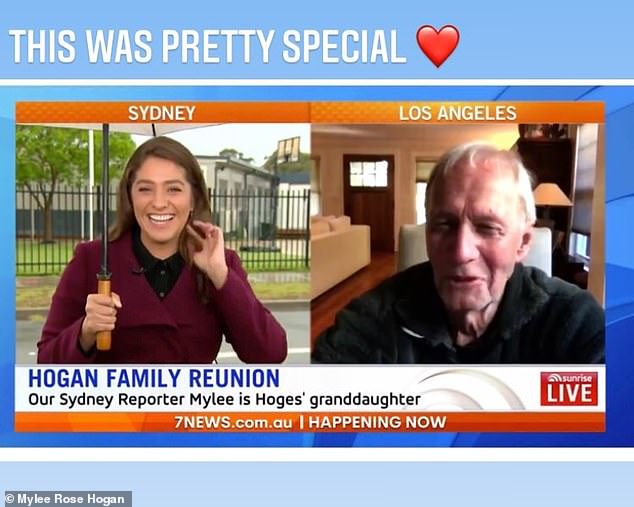 Heartwarming: After the interview, Paul’s granddaughter took to Instagram to share a screenshot of the pair on screen together, which she captioned: ‘This was pretty special’