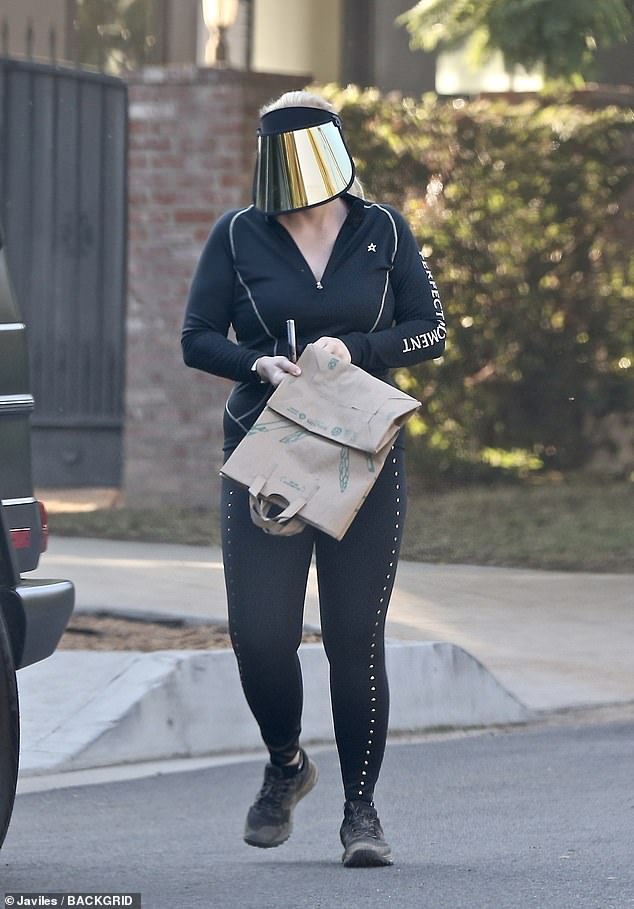 Guess who! Australian A-lister goes incognito in a large visor as she steps out in Los Angeles

She recently lost a significant amount of weight after embarking on a health and fitness journey this year.

And on Thursday, Rebel Wilson kept a low profile as she stepped out in Los Angeles after a workout.

The 40-year-old went completely incognito by hiding her famous face behind an oversized visor.

Low profile: On Thursday, Rebel Wilson kept a low profile as she stepped out in Los Angeles after a workout

She was dressed in stylish black activewear which hugged her newly slim figure.

Rebel declared that she was making 2020 her ‘year of health’ in January.

As part of her diet and exercise overhaul, Rebel has lost more than 20kg (44lbs or 3.14st) and revealed earlier this month that she was just three kilograms (6.5lbs) away from reaching her goal weight of 75kg (165lbs or 11.8st).

At the time, she said that while she still treats herself, she’s found ways to indulge that don’t necessarily involve food. 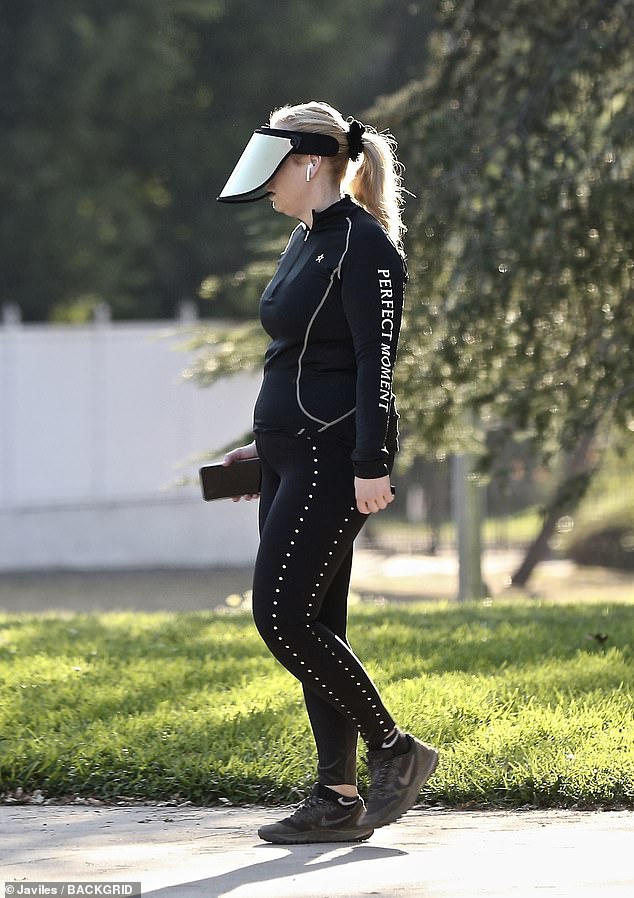 Who’s that girl? The 40-year-old went completely incognito by hiding her famous face behind an oversized visor

‘Remember though girls, you still gotta treat yourself. I just do it with food now only once or twice a week… and substitute bubble baths on alternate nights,’ she wrote on Instagram on October 5.

According to a report by People in June, Rebel’s remarkable transformation is partially down to following the Mayr Method diet plan.

A source told the publication she got ‘amazing results’ by changing her eating habits while staying at the Austrian health and wellness retreat Vivamayr last year, and has continued to follow the plan. 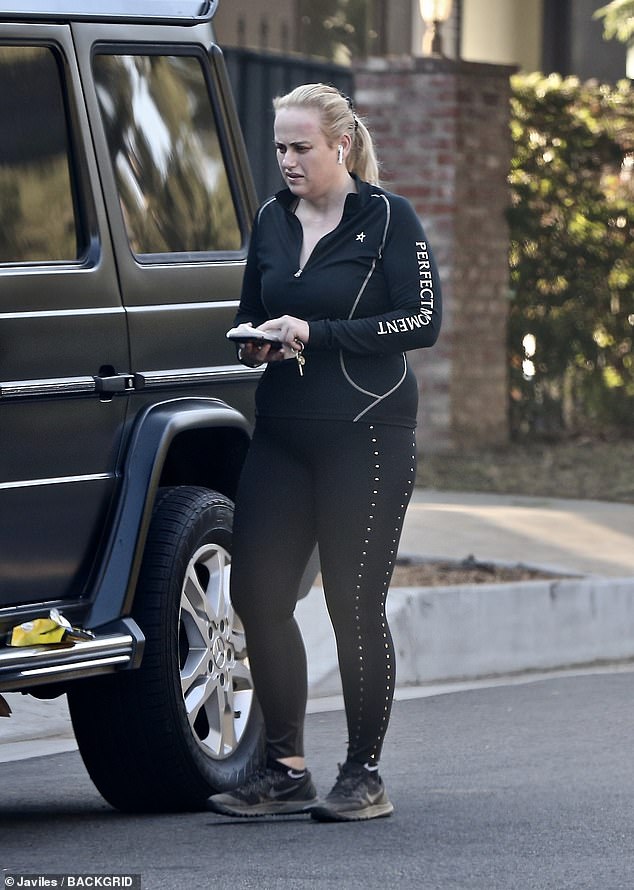 Style: She was dressed in stylish black activewear which hugged her newly slim figure

‘She exercises with a personal trainer up to six times a week, goes on walks and is trying to up her protein intake nutritionally,’ the source added.

‘I know she’s also been working on conquering her emotional eating patterns of behaviour.’ 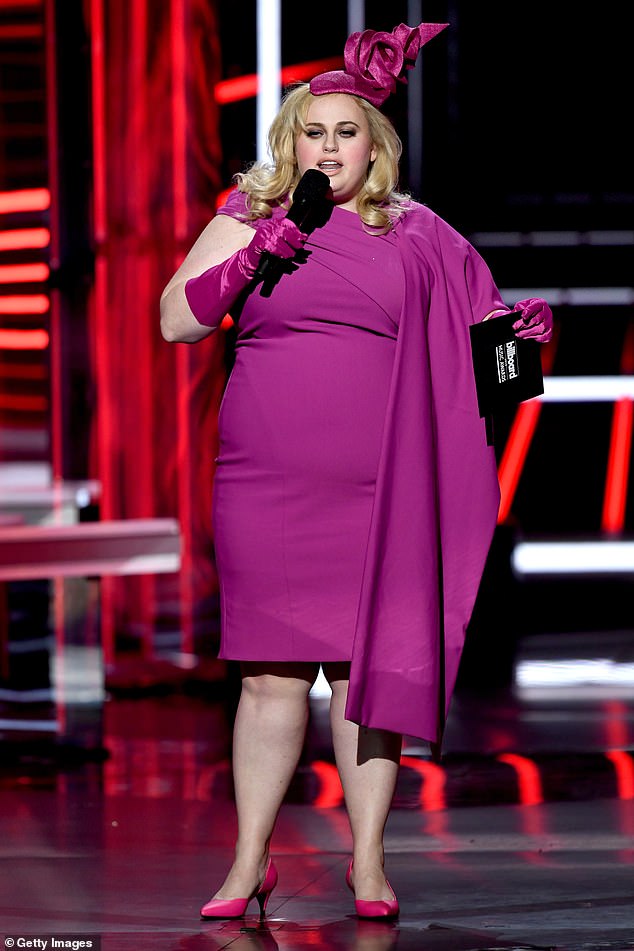 Flashback: Rebel had a fuller figure during before her weight loss. (Pictured in 2018)