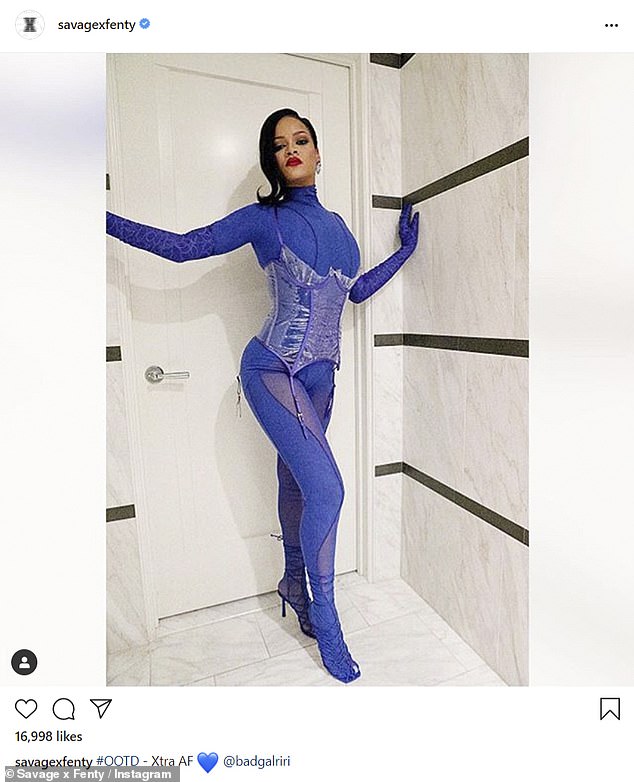 She’s used her successful music career to launch her extremely lucrative business brand Fenty that’s rumored to have made her a billionaire.

And Rihanna is her brand’s best ambassador as she proved once again with an Instagram post on Wednesday.

The savvy 32-year-old shared a photo in which she’s posing in a long-sleeve cobalt blue body stocking with a turtleneck.

Sizzle: Rihanna proved once again she’s her own best brand ambassador as she posed in a long-sleeve blue body stocking and see-through corset for an Instagram snap Wednesday

On top, she added a see-through corset and she stood tall in stiletto heels.

RiRi struck her pose in a marble entryway in front of a door with her hands touching the walls on either side.

Her hair was swept to one side and curled up on top of her shoulder and she rocked scarlet red lip color.

In the caption, the star wrote: #OOTD – Xtra AF’ followed by a blue heart emoji. 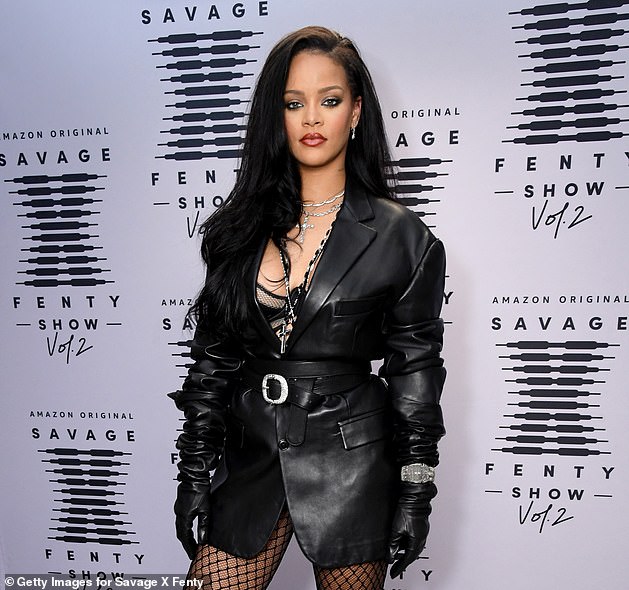 Entrepreneur: Rihanna, whose real name is Robyn Rihanna Fenty, is now thought to be a billionaire thanks to her business ventures Fenty Beauty, Savage x Fenty, Fenty and Fenty Skin 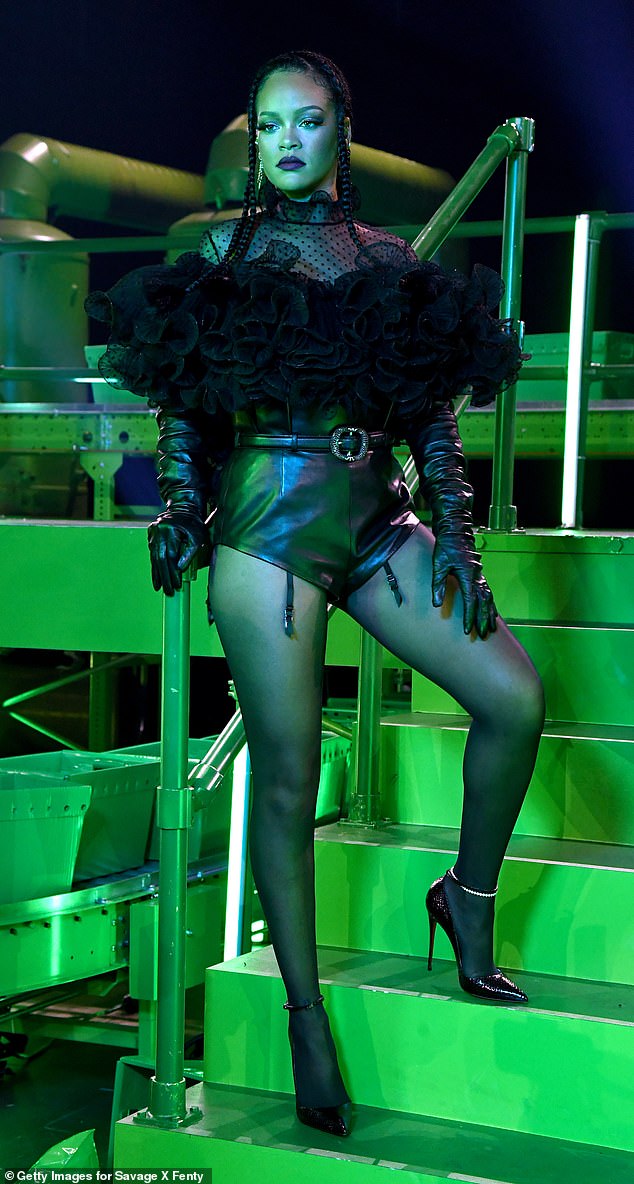 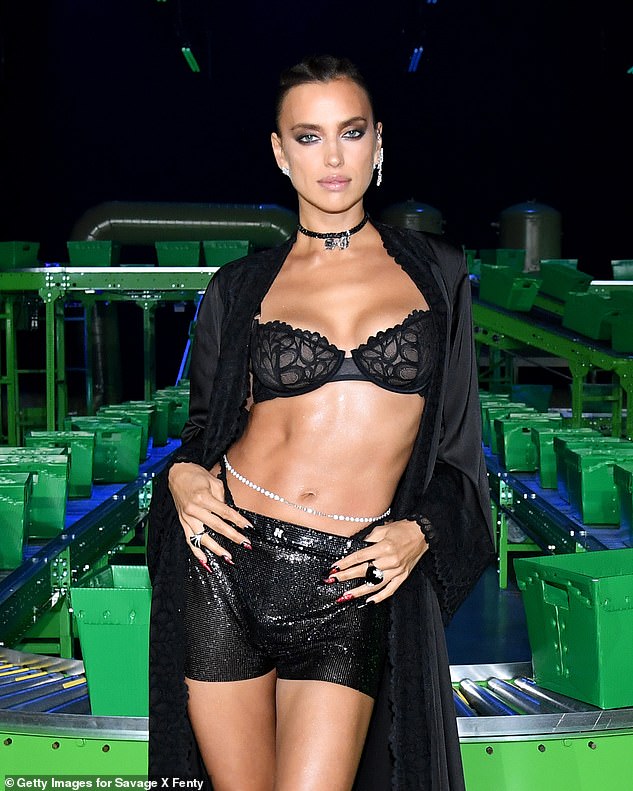 Wow factor: Irina Shayk, 34, was one of the top models recruited to take part in the show  and looked stunning in a saucy black ensemble with sparkly belly chain

Rihanna is now thought to be a billionaire due to her savvy business ventures.

As well as her singing career, she has Fenty Beauty, Savage x Fenty, Fenty and now Fenty Skin.

In 2019, it was reported that the Diamonds singer’s then $600 million net worth had eclipsed the fortunes earned by her peers Beyonce, Madonna and Celine Dion.

In addition to her latest fashion ventures, Rihanna dipped into the world of cosmetics in 2017 with Fenty Beauty, a company which accrued nearly $570million in revenue in 2018. 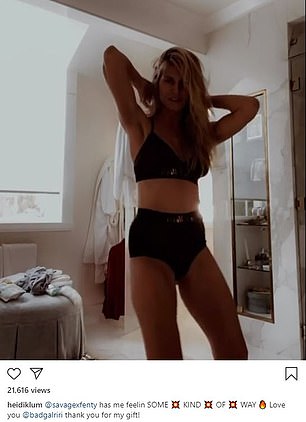 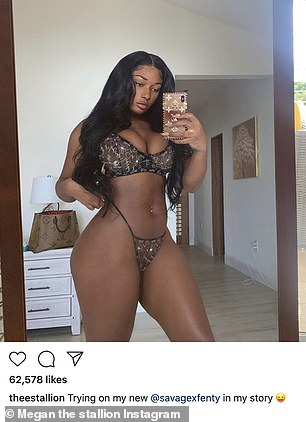