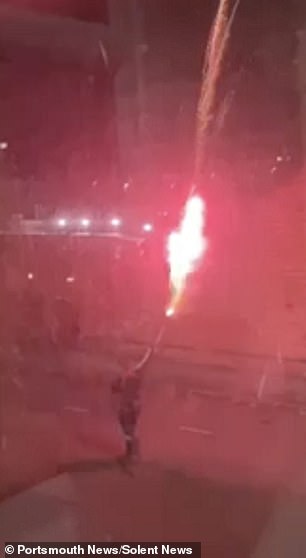 A gang of yobs have been filmed hurling fireworks into properties and gardens as terrified homeowners were trapped inside.

Horrified residents filmed as police were called to deal with the chaos in Southsea, Hampshire.

The hooded yobs put lives at risk as they set off dozens of fireworks, but police called to the scene retreated due to ‘safety concerns’ for their own officers. 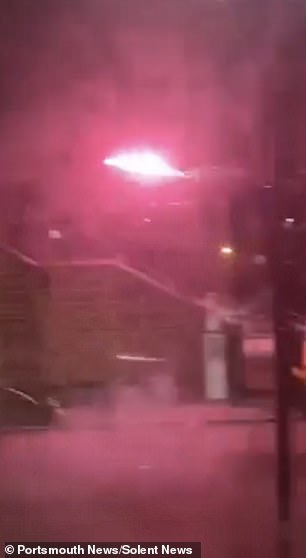 The dangerous behaviour was caught on camera and shared across social media, with one clip showing a crowd firing multiple shots from Roman candles.

At least 10 fireworks were set off in the 19-second clip, exploding on homes, in gardens and in front of bedroom windows.

Hampshire police now say they will be patrolling the streets in a a bid to prevent it being repeated.

Inspector Marcus Kennedy said: ‘This type of behaviour is clearly unacceptable and dangerous to those people involved and the wider community.

‘We have been carrying out work to identify and deal with those involved.’

Another video appears to show youths setting off fireworks in a nearby street in the area later on the same evening.

Mark Chapman, chairman of the county’s Fire Brigades Union which represents 1,300 firefighters, was appalled by the life-threatening behaviour. 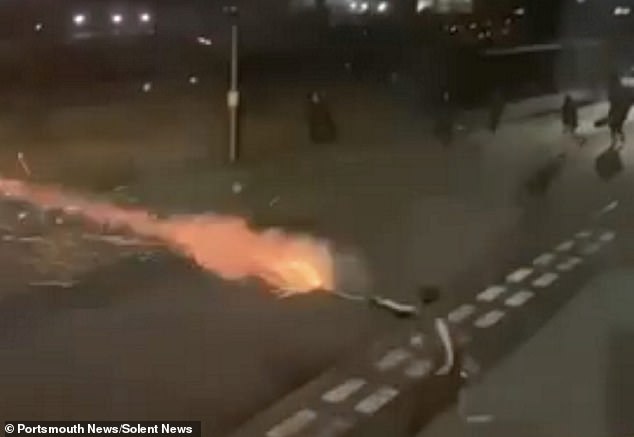 The dangerous behaviour was caught on camera and shared across social media, with one clip showing a crowd firing multiple shots from Roman candles 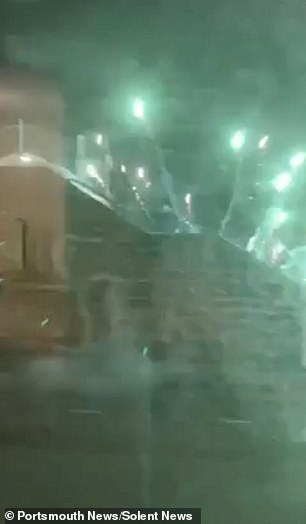 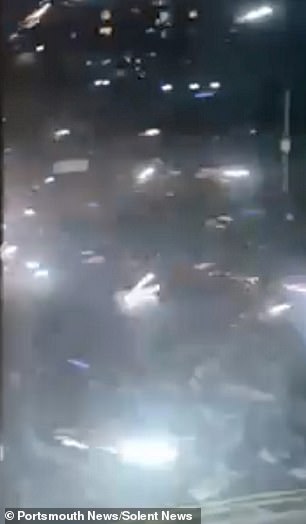 Officers were forced to withdraw due to safety concerns, leaving the hooded yobs putting lives at risk as they set off dozens of fireworks

He said: ‘Acts like this are mindless and irresponsible, placing lives in danger and putting further pressure on a fire service that has been undermined nationally by successive cuts.

Mr Chapman added: ‘Fireworks can change lives forever. One person’s joke can be another person’s scar for life. It’s not something to be messed with.

‘Something that could be just a prank to someone could change another person’s life forever.’

This comes as many Bonfire Night celebrations have been scrapped due to the coronavirus pandemic.

Firefighters now fear people will turn to staging private displays, increasing the risk of more firework-related disorder in the city.