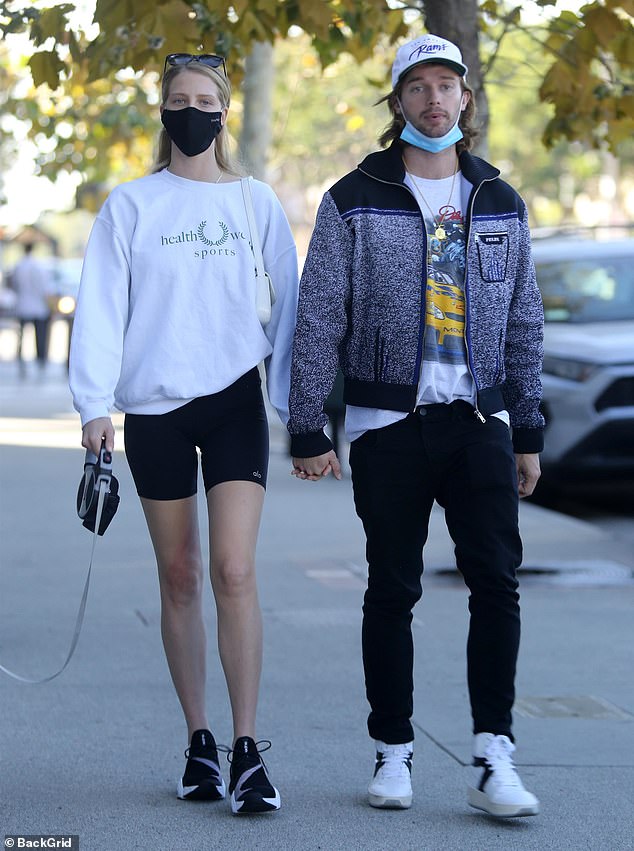 They have been an item for nearly five years.

And on Thursday Patrick Schwarzenegger and Abby Campion packed on the PDA when they stepped out on a lunch date in the upscale Brentwood neighborhood of Los Angeles.

The couple were spotted holding hands while walking along the suburban streets with their new pet pooch, and later, arm-in-arm as they sat down for a meal and drinks at Kreation Organic.

Touchy-feely: Abby Champion and beau y Patrick Schwarzenegger packed on the PDA while on a lunch date in the Brentwood neighborhood of Los Angeles on Thursday

The son of Arnold Schwarzenegger and Maria Shriver, 27, kept it casual in black pants with a white t-shirt and a black-patterned jacket.

He also donned white sneakers and a white baseball cap over her grown out brown locks.

Before heading out for lunch, the actor got a workout in at a local gym with a male friend, as seen in a quick video posted on his Instagram Story. 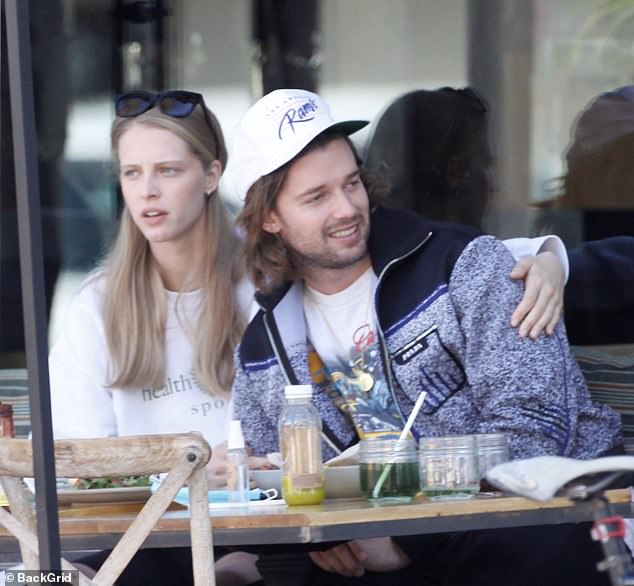 Item: The couple also put their love on display and were arm-in-arm as they enjoyed lunch 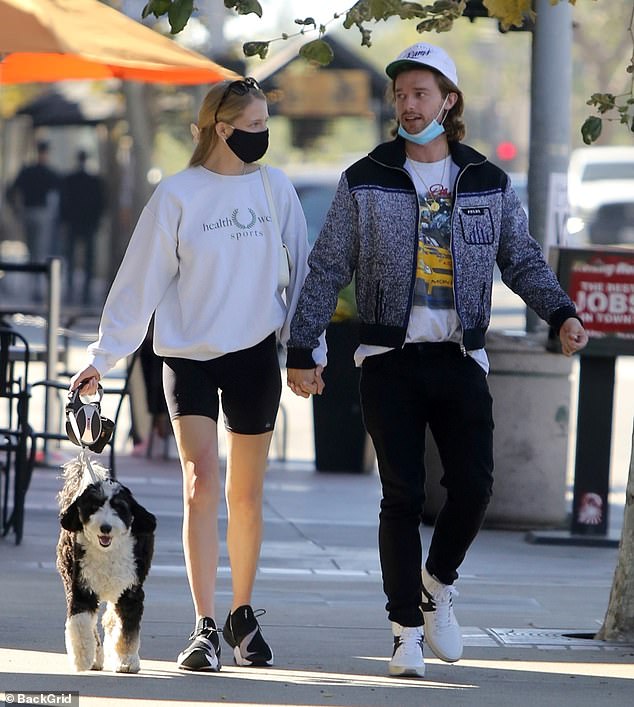 With the COVID-19 pandemic on the rise in many states, including California, the couple both wore protective masks over their mouths and noses whenever they in close proximity of people.

The couple’s also showcased their loved-up attitude after their meal and hold hands again when they headed down the street with their dog.

Following in the footsteps of his famous father, Schwarzenegger plays the male lead in the action crime-drama film Echo Boomers alongside Alex Pettyfer and Michael Shannon. 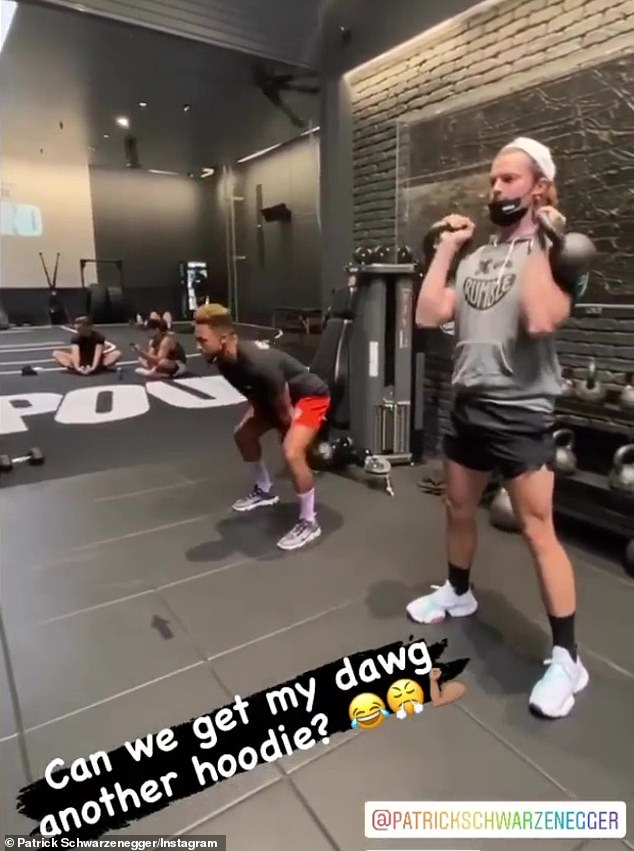 Working it: Before his lunch date, Schwarzenegger got in a workout with a friend 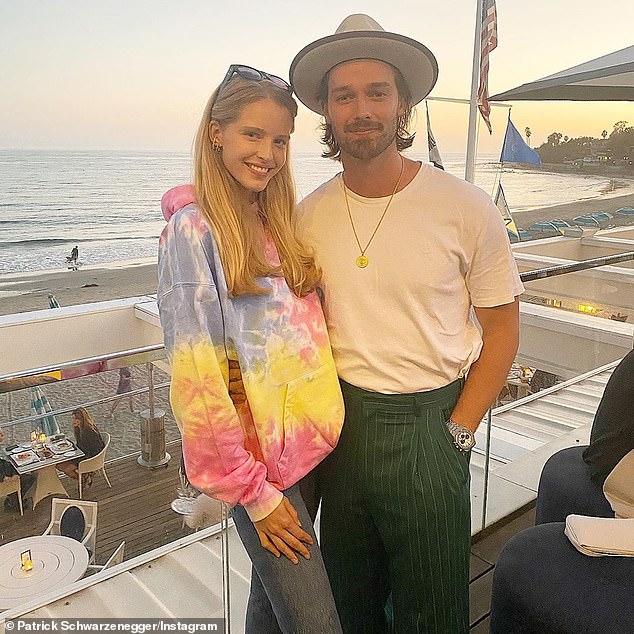 Going strong: The couple have been dating for nearly five years

It is slated to premiere in theaters, Video On Demand and digital platforms on November 13.

The California native has two other films that were delayed by the coronavirus crisis: the sci-fi thriller Warning and the comedy-drama film Moxie directed by Amy Poehler.

Most recently he starred with Bella Thorne and the 2019 psychological thriller Daniel Isn’t Real. 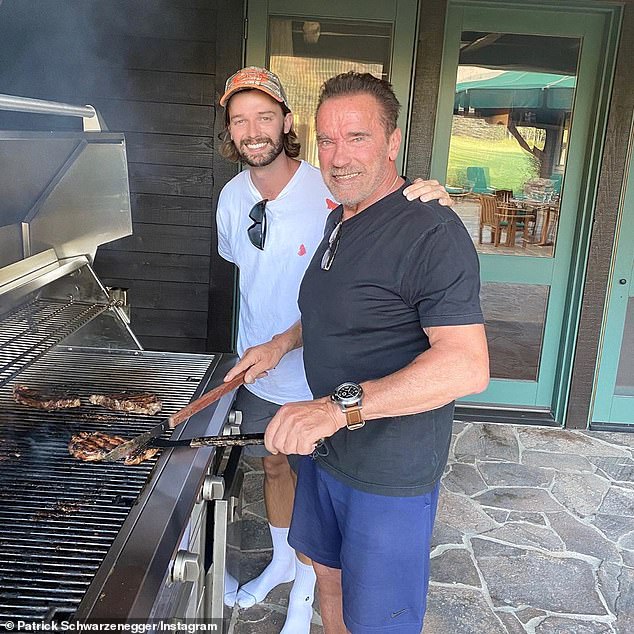