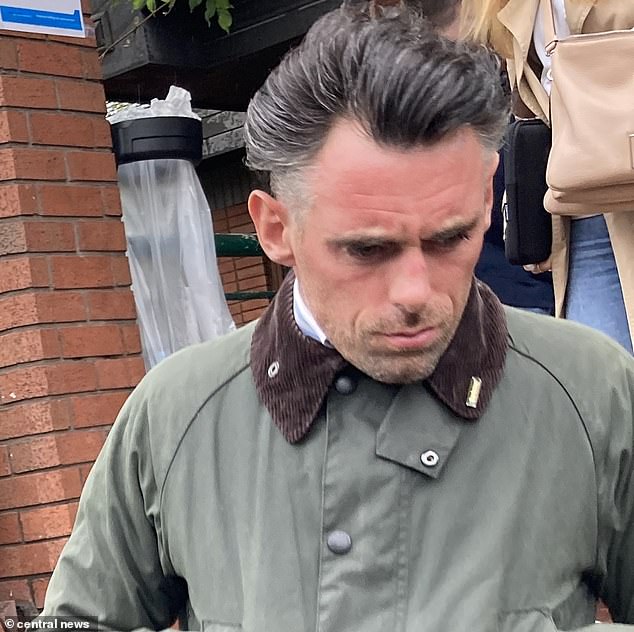 Drunk Uber passenger celebrating the end of lockdown in Soho pushed driver into his boot and smashed door on him THREE times after he was refused lift for not wearing a mask, court hears

A Uber passenger pushed his driver into the boot and repeatedly smashed the door into him in a fit of ‘mask madness,’ a court heard.

Kerry Battram, 33, had been celebrating the end of lockdown in Soho when bars reopened on ‘England’s Independence Day’ and flew into a rage when driver Dayo Idolomahv refused to take him home unless he wore a face covering.

‘Masks are to protect you, not me’ he yelled at the driver, slamming the door as he got out.

Witnesses described Battram punching Mr Idolmahv then pushing him into the boot and smashing the door onto him repeatedly ‘at least three times,’ Wimbledon Magistrates’ Court heard.

Battram denied the allegations, but Magistrates said he was ‘not credible’ and convicted him this afternoon.

Revellers had flocked to Soho and flouted social distancing measures on 4 July.

Kerry Battram, pictured, had been out drinking in Soho and had booked an Uber back to his home in Romford when he attacked the driver who confronted him for not wearing a mask

Battram said he had planned to stay at his friend’s home in Wimbledon but had exited their cab in Wandsworth ‘as a joke’.

He booked an Uber home to Essex but the driver refused to take him without a face mask.

‘I asked whether it would be beneficial for him and he said “no” quite aggressively, “you can call another driver and get another car”.

‘I slammed the door quite aggressively, I do admit that, that’s when he proceeded to get out of the car and attack me.

‘He’s got no reason to come out the vehicle unless he’s got the intention of doing something to me.’

Battram said the accusation that he smashed the boot door on the driver was ‘ridiculous’ and laughed when asked if he did it three times.

He also denied throwing Mr Idolomahv’s possessions on the floor. 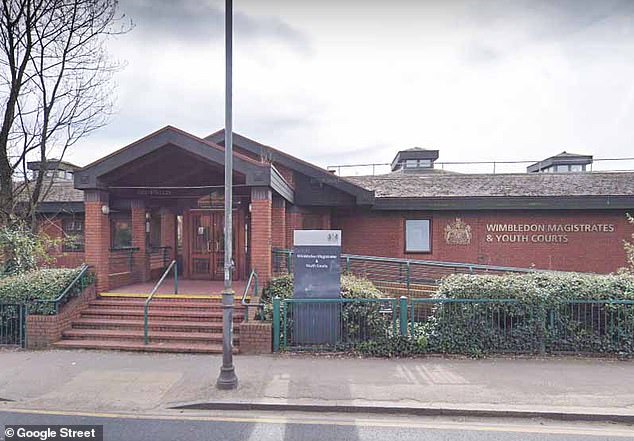 Magistrates’ bench chair James Murray said: ‘We have heard evidence of an incident that took place involving an Uber driver and the defendant.

‘The incident was caused by the defendant’s refusal to wear a mask on a taxi and subsequently about which we have heard evidence from others.

‘We heard consistent and credible accounts of the incident.

‘The defendant’s evidence was not supported by other evidence, we did not find it credible.

‘In addition he had consumed alcohol and could not remember other events from the evening.

Battram faces a bill of £775 in costs and a compensation payment to the driver, the court heard.

Battram, of Harold’s Wood, Romford, denied but was convicted of assault by beating.

He was granted unconditional bail ahead of sentencing at Wimbledon Magistrates’ Court on December 14.