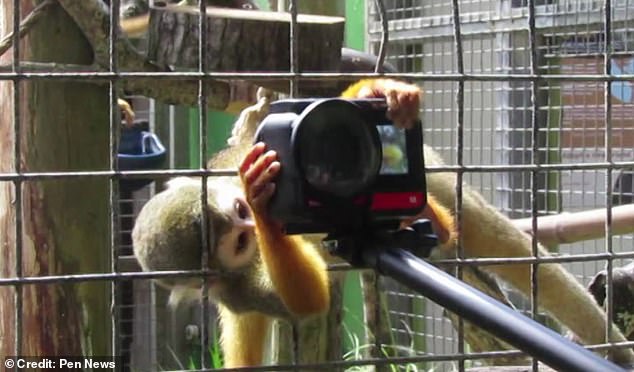 Cheeky monkey: Zoo visitor has a tug of war with inquisitive squirrel monkey after it makes a grab for his camera

This is the moment a zoo visitor has a tug of war with monkeys after one makes a grab for his camera.

The visitor was filming squirrel monkeys at Newquay Zoo in Cornwall when they noticed his camera close to their cage.

Footage shows the cheeky primates reaching through the bars of their enclosure and grabbing hold of the camera with both hands. 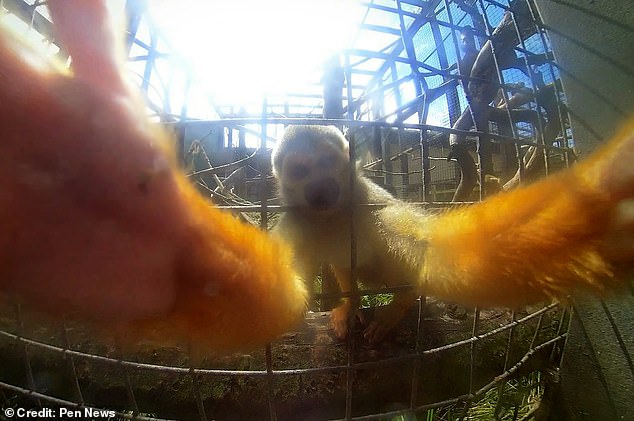 Two of the animals tilt their heads at the camera curiously before jumping to a wooden beam for a better look.

One monkey tries to grab hold of the device three times, sticking its arms through the bars.

On its fourth attempt the monkey manages to get the camera in both hands and stares at it inquisitively.

The person who filmed the video said: ‘I’ve got this new action camera and it’s great for recording the scenery, but when I tried to film the animals they looked very small in the shot. 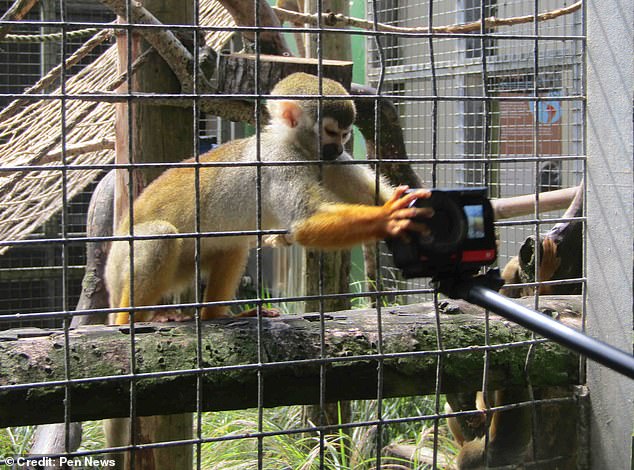 ‘So when I saw these monkeys grooming each other close to the bars of their enclosure, I decided to put the camera up close and get some better footage.

‘I thought they would pay the camera no mind, since they’ve got visitors all day every day, but they were instantly curious and came over to inspect it.

‘Then one of them grabbed it. I was totally stunned.’

The visitor, who asked to remain nameless, attempted to get his close-up a few more times but each time he did another monkey went for the camera.

‘They were absolutely fascinated by it,’ he said. 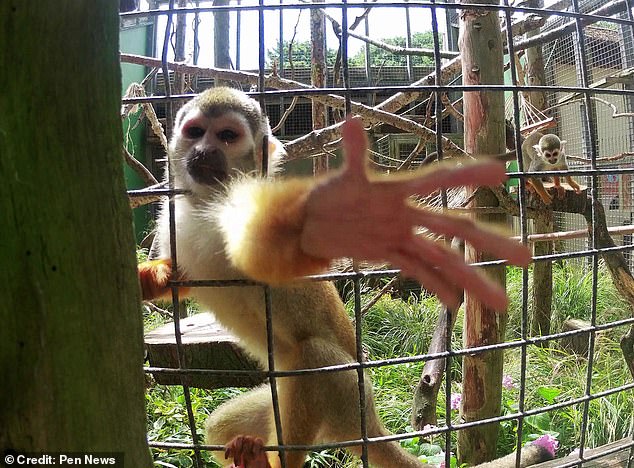 ‘There was no aggression in it; no baring of teeth or throwing anything – I think they really just wanted to have a closer look.’

The guest, who took the video in July, said: ‘You can see how inquisitive they are.

‘In one of my wife’s photos, you can actually see a monkey grabbing the camera and it looks just like they’re taking a selfie.’

Squirrel monkeys are native to the forests of south and central America, spending most of their time in the canopy and rarely coming down to the forest floor.

They use their nimble fingers and natural curiosity to forage for a wide-range of plants and insects to eat, though they are themselves preyed upon by snakes and large birds.