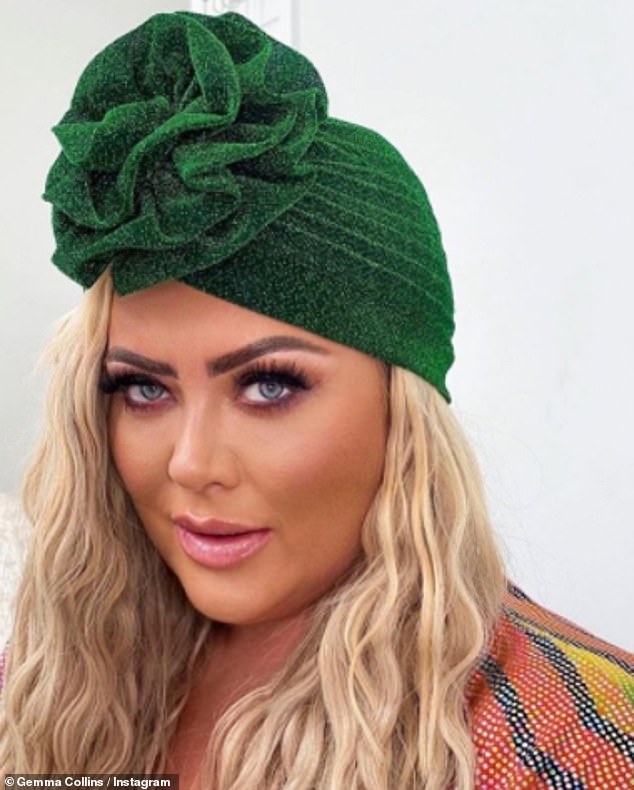 Gemma Collins has reportedly earned £5,000 a week during lockdown.

According to reports, Gemma has also been able to pay herself a dividend of £98,000.

Ka-ching! Gemma Collins has reportedly earned £5,000 a week during lockdown

The Sun claims that the reality star has earned more money in 2020 than her on-off boyfriend James Argent for the first time.

Gemma has had a successful year after reportedly landing a six-figure deal to become the face of budget airline Wizz Air.

While she was also claimed to have earned a £500,000 deal with brand In The Style after the success of her meme clothing. 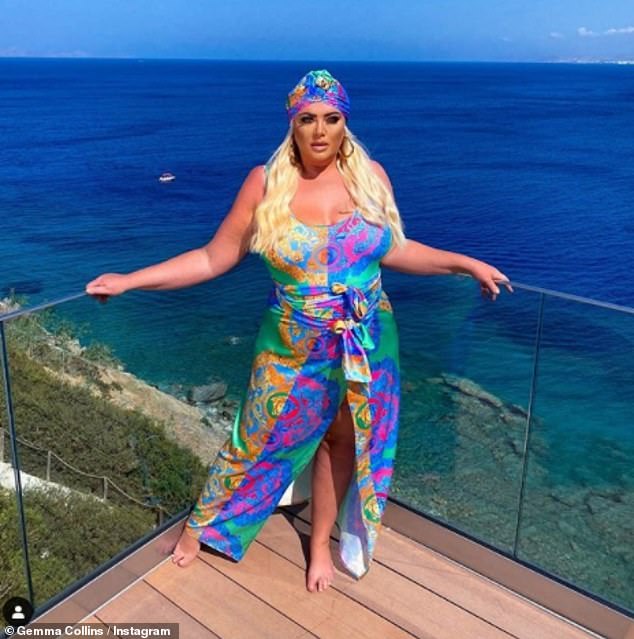 While in the same year, the reality star’s Essex clothing boutique, Gemma Collins Boutique, located in Brentwood, was dissolved.

The boutique went into liquidation after drumming up £76,000 worth of debts, as revealed in its Return of Final Meeting report produced by insolvency specialists Begbies Traynor. 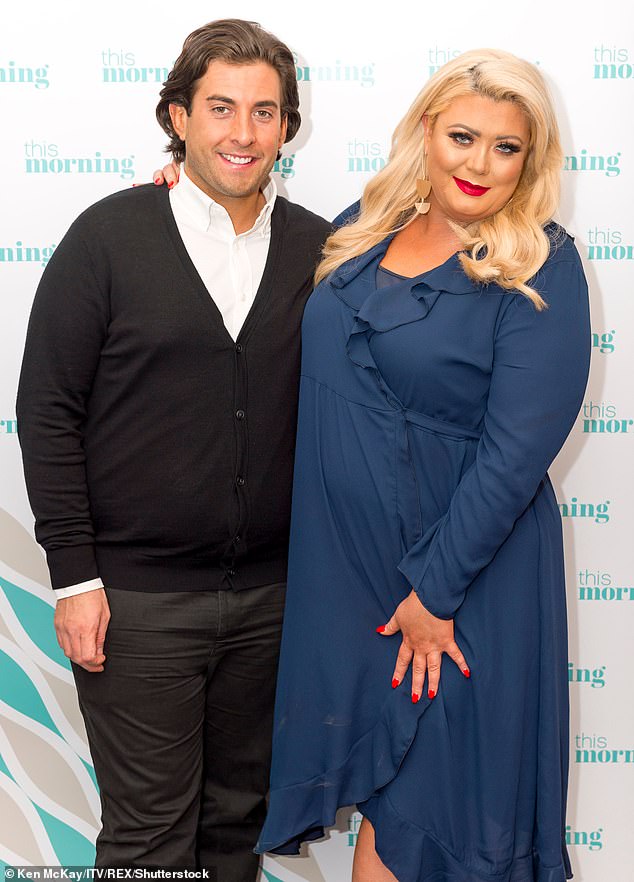 The EX factor: The Sun claims that the reality star has earned more money in 2020 than her on-off boyfriend James Argent for the first time (pictured in 2018)

A statement of the boutique’s receipts and payments show that the business owed £64,489 to HM Revenue & Customs, along with £4,734 to Trade and Expense Creditors and £12,982 to Marlton Properties Ltd – the landlord of her boutique.

At the time, Gemma, who reportedly had a net worth of £2.7million according to Spear’s Wealth Management, claimed she was moving her Brentwood boutique as homelessness in the area had taken away the ‘fun vibe’.

Sources, however, told MailOnline: ‘It’s not [Gemma’s] only company… in fact she has record earnings last year and has been inundated with offers for 2019. The accounts reflected investment in business.’

MailOnline contacted a representative for Gemma for comment at the time. 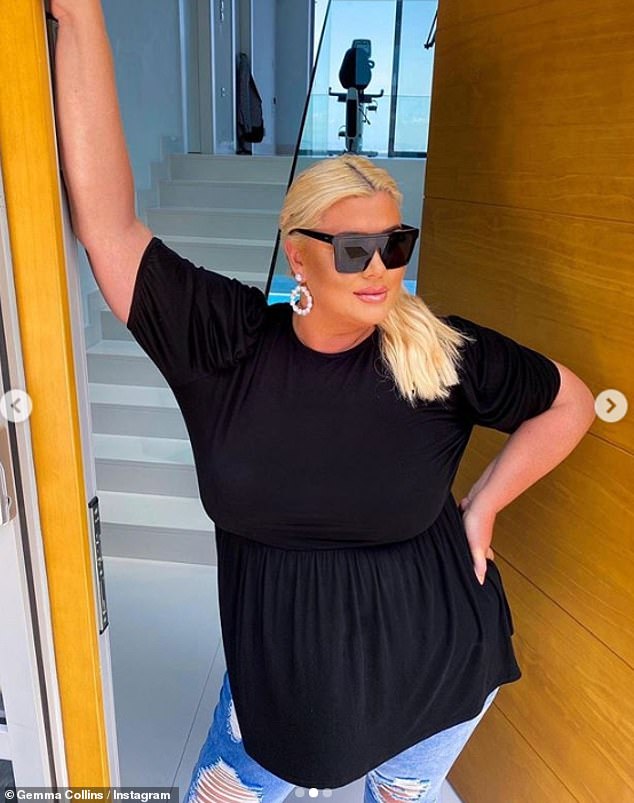 The GC! According to reports, Gemma has also been able to pay herself a dividend of £98,000

Elsewhere, the new reports come after Gemma and on-off boyfriend James reunited for a flirty dinner on Thursday.

The TOWIE stars, aged 39 and 32 respectively, were seen getting cosy at Circolo Popolare in London, with insiders saying: ‘Gemma was with her nephews and they entered the restaurant, while Arg was there and they went to join him at the table.’

Back in July, Gemma shared details of her split from Arg, including a barrage of abusive messages from the reality star, in which he sent horrendous slurs.

In the messages, Arg, 32, branded his girlfriend a ‘hippo’ and a ‘fat f**k’, after she suggested that he had bought another woman dinner and not her.

In images obtained by The Mirror, the couple looked up close, while sources continued: ‘At first she sat next to Arg but they later swapped and sat opposite each other with her nephew between them.

‘They looked pretty close and were having a good time together. Arg was laughing and chatting with Gemma and her family.’

Arg, who has shed five stone following a rehab stint, admitted he is a cocaine addict earlier this year and overdosed twice last year before hitting rock bottom over Christmas and calling his friend and former co-star Mark Wright for help. 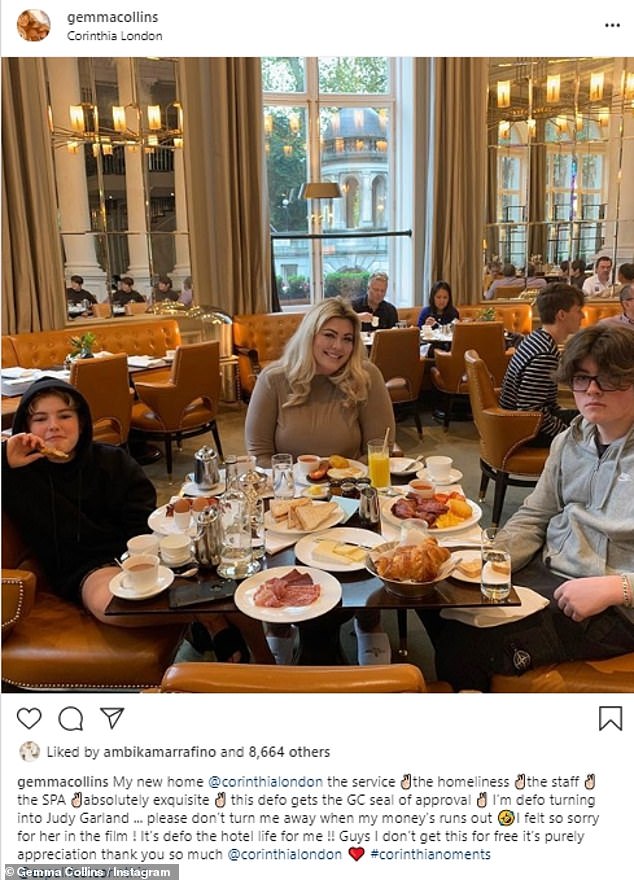 Happy days: Elsewhere, the new reports come after Gemma and on-off boyfriend James reunited for a flirty dinner on Thursday in London, the reality star has been staying at the The Corinthia Hotel with her nephews (pictured)