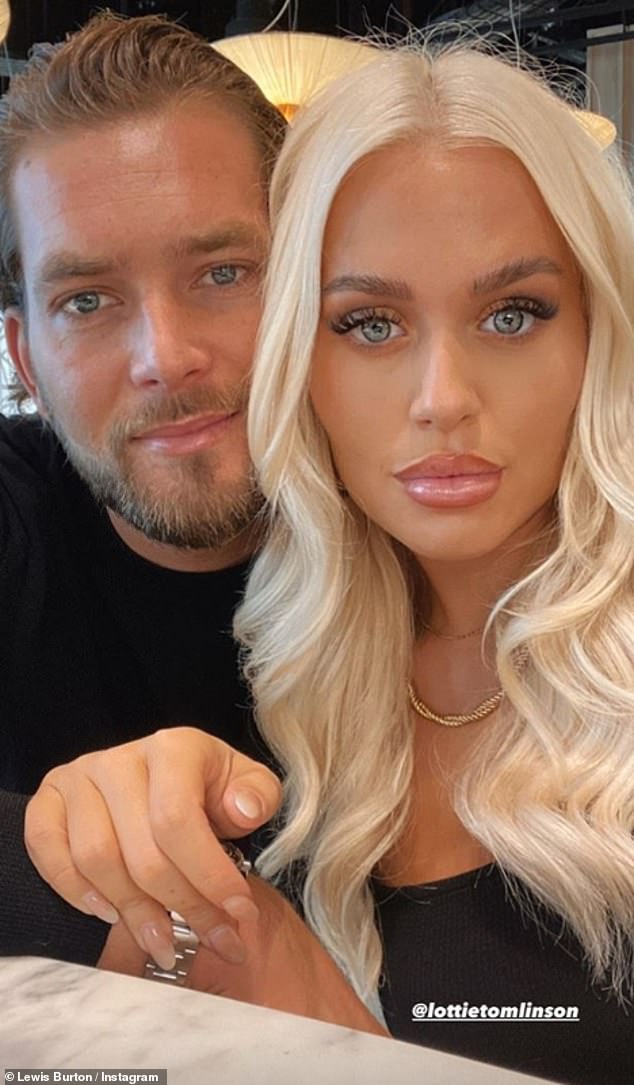 They tend to keep their relationship out of the limelight since being linked in July.

But Lewis Burton took to Instagram to share a glimpse at his date night with his girlfriend Lottie Tomlinson in London on Friday.

The former professional tennis pleayer, 28, looked smitten as he posed beside the model, 22, for a selfie together.

Outing: Lewis Burton shared a rare snap with his girlfriend Lottie Tomlinson as they enjoyed a date night in London on Friday

Lewis wrapped his arms around Lottie as they posed together, with the model holding his hand while they sat in a restaurant.

Lottie went on to share her own snap with her beau, as they posed for a photo in the middle of a crossing during their outing.

Holding her close to him, Lewis smiled brightly as he held an umbrella above them both, with Lottie kicking her leg up in glee.

She put on a stylish display in an all-black ensemble that saw her wear a fur-trimmed coat over a mini-skirt that showed off her slender legs. 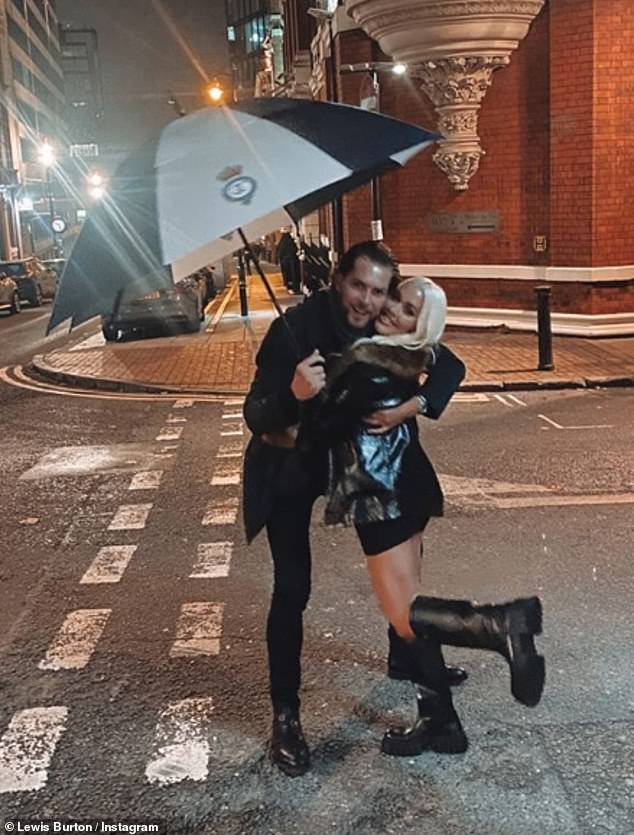 Happy couple: Lottie went on to share her own snap with her beau, as they posed for a photo in the middle of a crossing during their outing

Their posts come following reports that Lottie’s brother Louis, 28, was ‘concerned’ after Lottie gave gave her beau £22,000 to pay off his debts.

MailOnline revealed that Lewis and Lottie first started dating back in July, and it’s now thought that One Direction star Louis and his grandparents are ‘worried’ about the relationship.

The source said that Lottie paid boyfriend Lewis the lump sum in August, and has also footed the bill during expensive restaurant visits.

A source said: ‘Lottie paid off a debt for Lewis to the value of £22K in August, a month after they confirmed their relationship. 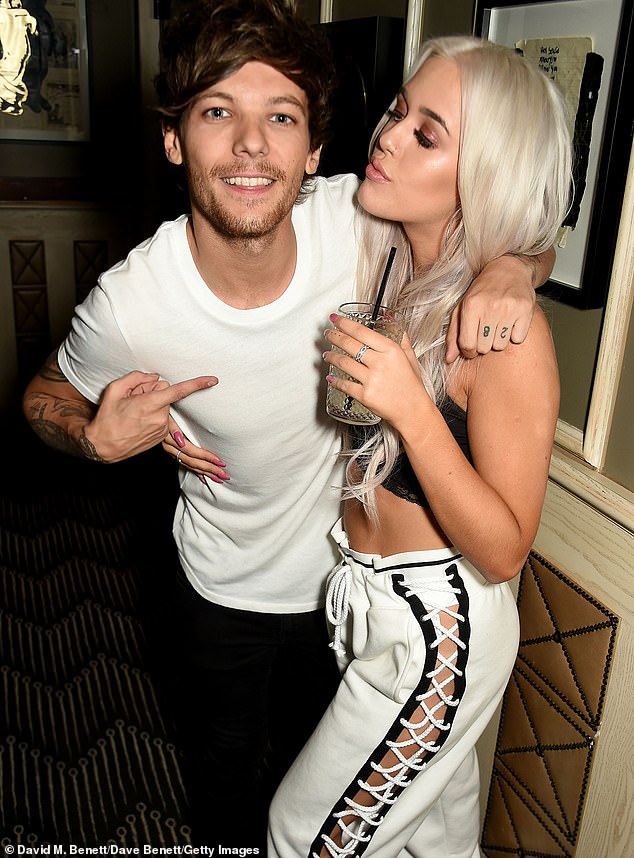 Worries: It comes after MailOnline revealed that her brother Louis has grown ‘concerned’ about her relationship with boyfriend Lewis Burton (pictured in October 2016)

‘Louis has since found out, as well as Lottie’s grandparents who are worried.

‘Lottie’s twin sisters Phoebe and Daisy told their grandparents it was Lottie who paid the bill when they ate together with Lewis at London restaurant The Ivy, which caused them to worry further.’

It is understood that Louis had been in Los Angeles where his four-year-old son, Freddie, lives, during lockdown, while Lottie resides in London.

MailOnline revealed Caroline Flack’s ex-boyfriend was dating Lottie in July and the pair later confirmed their relationship by holidaying together in Ibiza.

They have since been pictured passionately kissing, as well as sharing an animated exchange, which looked like an argument.

TV presenter Caroline was charged with common assault following an alleged attack on Lewis, which took place at her London home last December. 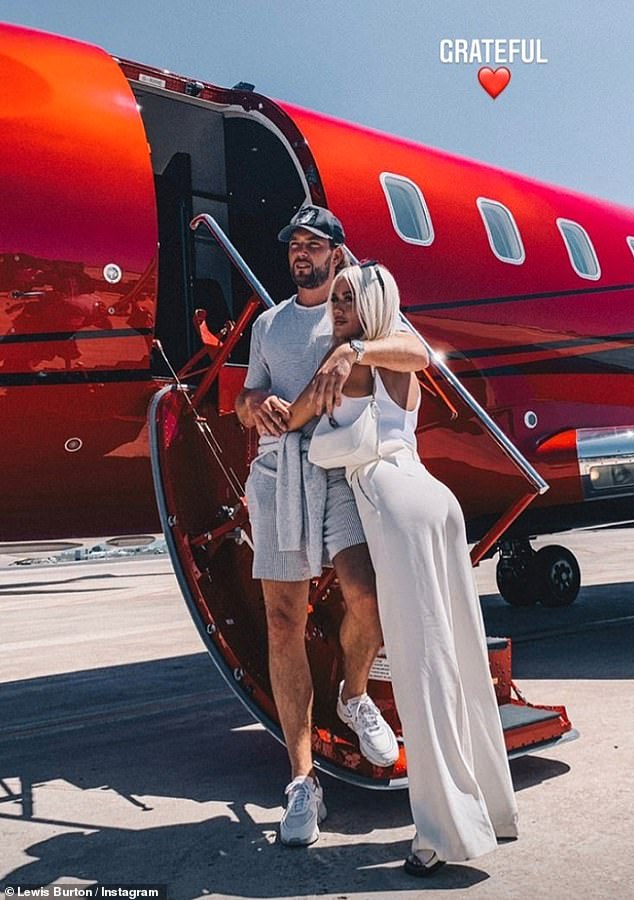 Romance: MailOnline revealed that Lewis and Lottie first started dating back in July, and it’s now thought that Louis and his grandparents are ‘worried’ about the relationship

In March last year, siblings Louis and Lottie lost their 18-year-old sister, Félicité, after she died from an accidental overdose.

Their mother Johannah also passed in 2016 from leukaemia at 43, with Lottie thanking her fans in July for being her ‘extended family’ and ‘support mechanism.’

According to sources, Lottie and Lewis first connected over their grief, after the former model spoke on Instagram in March of being ‘lost for words’ and ‘in so much pain’ following Caroline’s sudden death.

Since the end of lockdown Lewis has been on several holidays, including to Marbella twice with friends and a trip to Ibiza, which he enjoyed with girlfriend Lottie. 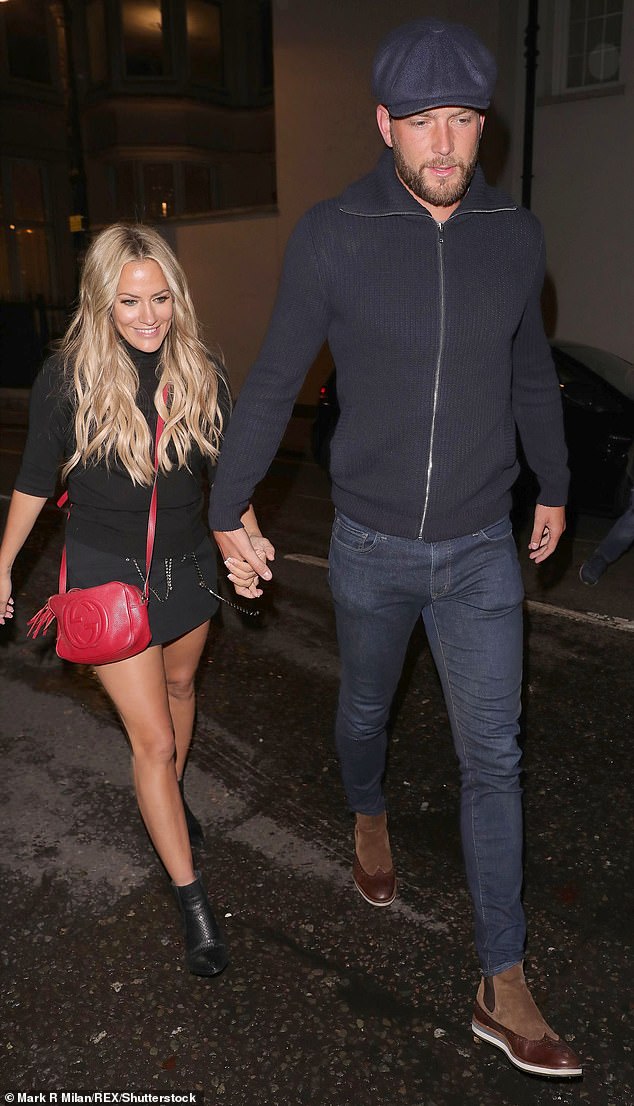 Devastating: Former Love Island presenter Caroline Flack was in a relationship with Lewis before she tragically took her own life in February (pictured in October 2019)