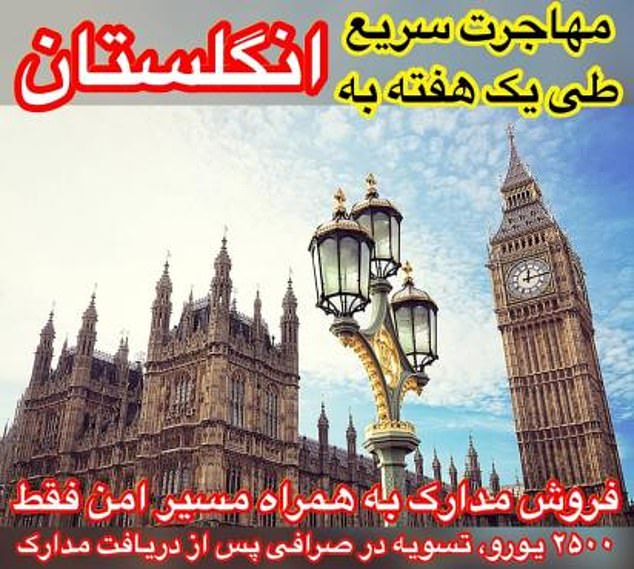 People traffickers are advertising life in Britain on social media with images of Big Ben and the promise of high paying jobs, good weather and ‘fast migration within one week’

People smugglers are advertising life in Britain on social media with images of Big Ben and the promise of high-paying jobs, good weather and ‘fast migration within one week’.

The trafficking gangs are openly advertising their services along with forged passports for would-be migrants on social media sites like Instagram.

Posts on some of the pages show migrants on their journey to Europe, while others show people who have arrived in England posting videos of their success.

Dozens of pages in Farsi on Google offer to transport migrants to Britain, where they say the weather is better and suggest the average wage is £65,000.

Human smugglers are advertising life in Britain on social media with images of Big Ben and the promise of high-paying jobs, good weather and ‘fast migration within one week’ 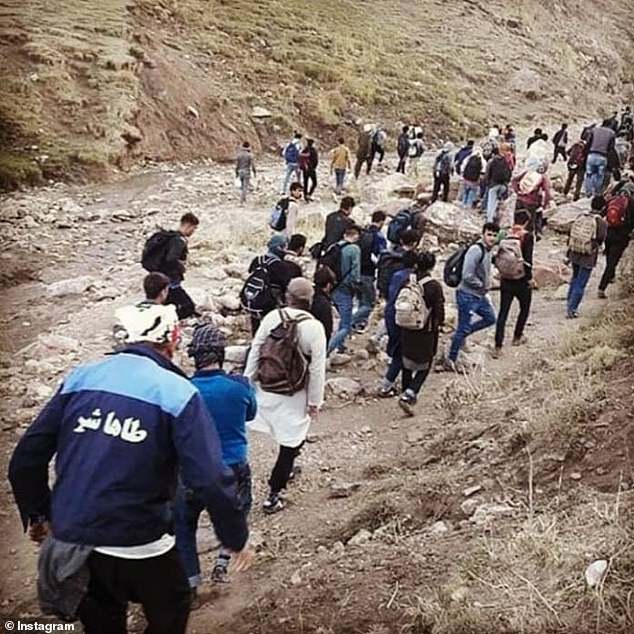 One of the Instagram pages shows people apparently on their route through the mountains which will take them from Iran, into Turkey and eventually through Europe

‘The UK has special weather conditions,’ one of the sites reads.

‘For people who love rain and escape the very cold winters or very hot summers, the UK is an ideal country to live in.’

According to the Times, there are other pages offering prison document forgeries for would-be asylum-seekers to prove to British authorities they had been persecuted in their home country.

On one Instagram page, the trafficker’s bio reads: ‘I am a smuggler in [sic] Turkey and European countries, Hashem Makoei.’

The smuggler has posted images offering passports from countries such as Britain, Ireland and Denmark.

The posts also show images of the route through Turkey that the smugglers journey through to bring the migrants to Europe. 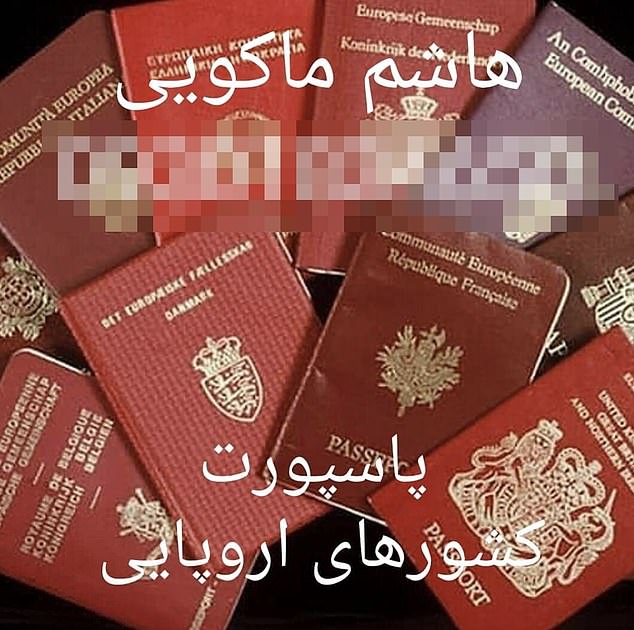 One smuggler has posted images offering passports from Britain, Ireland and Denmark among others

A Kurdish-Iranian family-of-five who drowned Tuesday while crossing the Channel were thought to have used a similar route to enter Europe.

Relatives of the deceased said the family were spurred on by economic hardship rather than political persecution.

The father, Rasoul Iran-nejad, told his brothers he planned to settle in Germany or Switzerland after he was seized and strip-searched in Greece, the Times reports.

When questioned, his brothers did not know why he redirected the journey towards Britain. 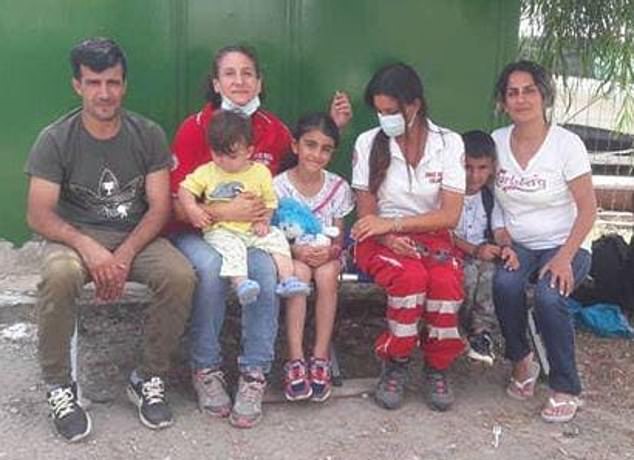 Mr Iran-Nejad (left) and his wife, Shiva, (right) with two rescue workers in a French migrant camp. The children are seen from left to right: Artin, Anita and Armin 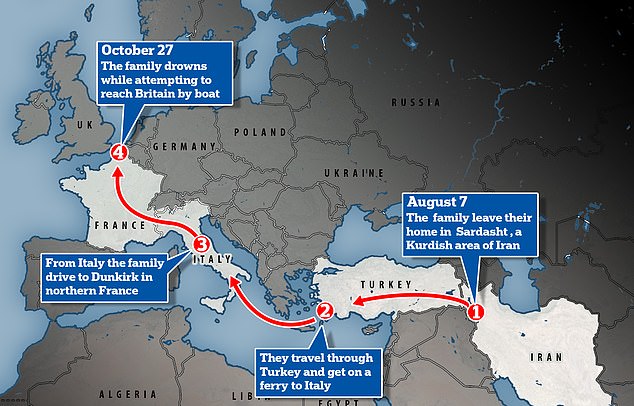 Mr Iran-nejad is said to have paid the smugglers up to £20,000, his surviving family said.

The smuggling gangs involved in the operation charge extra fees, up to £1,800 per crossing, to take would-be migrants across the Channel.

This makes it worthwhile to promote Britain as a top destination, one Iranian migrant who made the trip told the Times.

‘They tell them face to face it’s better to go to Britain,’ he said.

‘That’s because it is more money for them. The migrants think it is going to be paradise, that they are going to get help from the government and money.’

The former migrant, who has not been identified, said ‘everyone knows’ who the trafficking gangs are and that they operate out of currency exchange shops in London, migrant camps in northern France, and Iran itself.