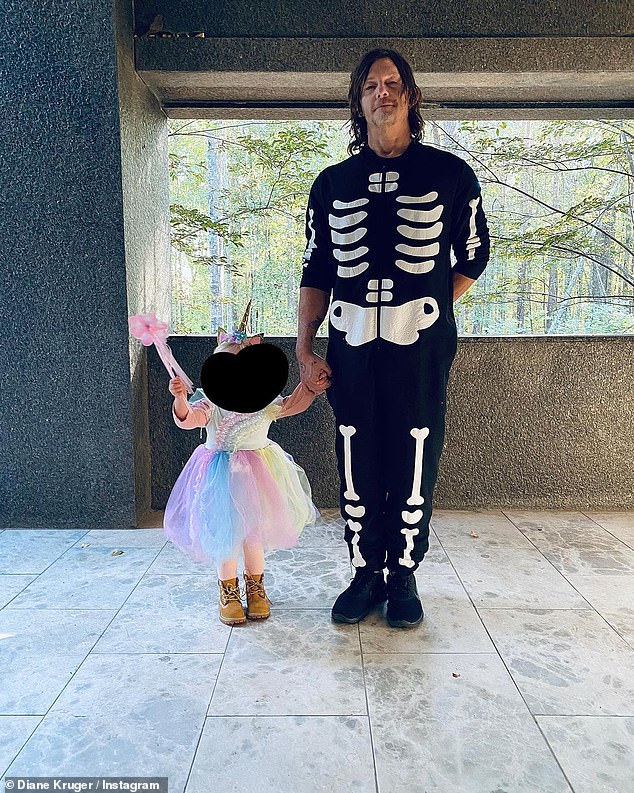 Diane Kruger is extremely private when it comes to her family life.

But on Sunday, the German-born actress could not help but gush over her two-year-old daughter and partner Norman Reedus as she posted a photo to social media.

Dressed up for a chill Halloween, the Walking Dead star opted for a skeleton onesie while their daughter — whose name has not been revealed — went as a unicorn princess.

Family treat: Diane Kruger, 44, shared a rare photo of her little family unit as she posted a snap of partner Norman Reedus, 51, and their two-year-old daughter. The duo got dressed up as a skeleton and a princess

Norman, her partner of four years, was a good sport as he dressed up in a low maintenance Halloween costume.

He sported a black onesie with skeleton bones and black sneakers as he posed gallantly for the camera, clasping their daughter’s hand.

The blonde-haired toddler put on a sparkling display as she was dressed in a rainbow dress.

She topped the costume off with a unicorn headband and a wand, looking oso cool in a pair of Timberlands. 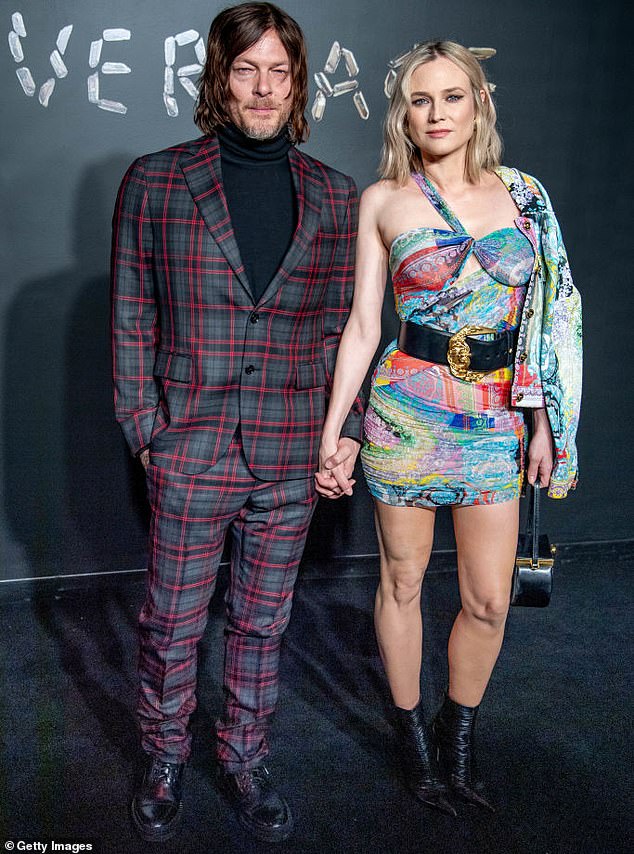 Power couple: Both actors, the duo have been partnered up since 2016. The couple first met in 2015 when they were filming Sky

Diane captioned the image, ‘Everything is better with these two. Happy Halloween.’

The Los Angeles based family unit appear to have been together for Halloween in Georgia, where Reedus is filming The Walking Dead.

The pair first met on the set of Sky in 2015, which also starred her then boyfriend, Joshua Jackson, though they split a year later after 10 years together.

Recently, Diane has been back to work as she prepares for the release of her upcoming movie The 355, which comes out in January. 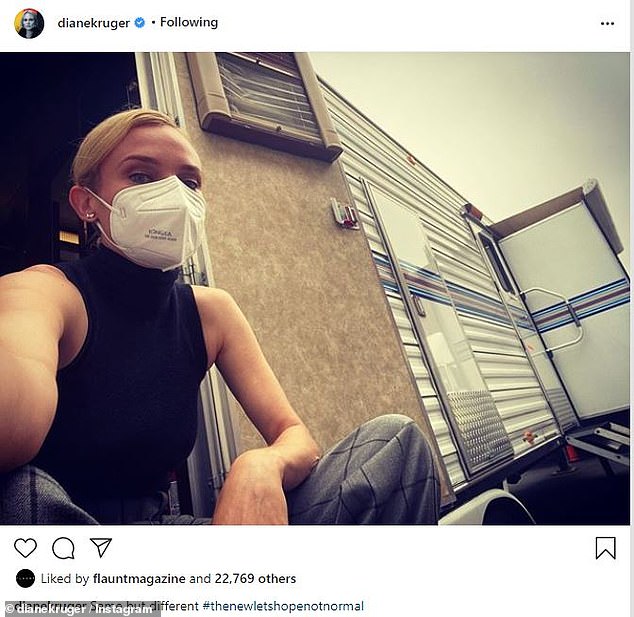 Back to work: Kruger films for her show Swimming With Sharks as she posted a masked-up selfie on Instagram

She posted a masked-up selfie in front of a star trailer a few weeks back, as she filmed on set for her new tv series Swimming With Sharks.

The short-form Quibi show will be under ten minutes an episode, and puts a female spin on the 1994 film of the same name, that starred Frank Whaley and Kevin Spacey.

This is the first major television role for Kruger since The Bridge, and she plays opposite a cast that includes Mad Men breakout star Kiernan Shipka.

The 355: Diane stars in the upcoming film The 355, a female-centric spy film about five women thwarting a dangerous global organization. The action movie is set for a January release