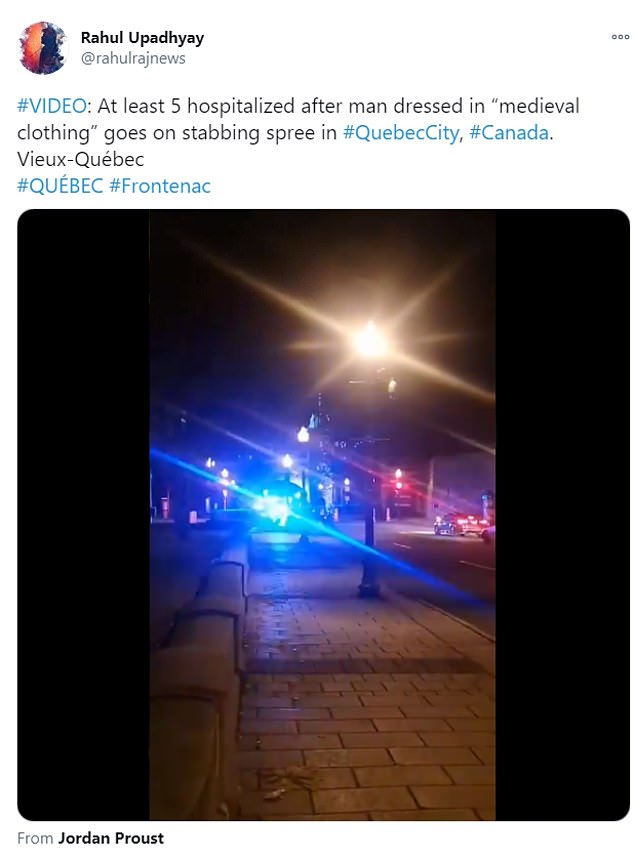 Two people have been killed and five more seriously injured after a man dressed in ‘medieval garb’ and armed with a sword went on a stabbing spree in Quebec City.

The attack occurred late on Saturday night near the provincial parliament building in the capital of the French-speaking Canadian province, and a suspect was taken into custody after a citywide manhunt.

At least two people died in the attack, according to Radio-Canada. Five were rushed to nearby hospitals in serious condition.

A terrorist attack has not been ruled out, but authorities were unable to immediately confirm that the stabbings were linked to a string of Islamist extremist terror attacks in France in recent weeks, including a horror knife attack at a church in Nice. 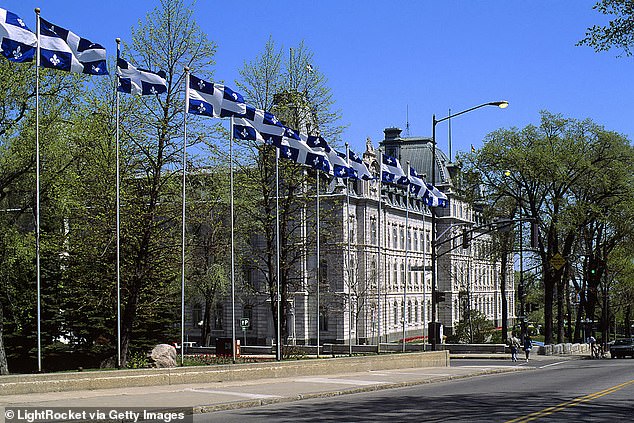 A suspect was arrested at around 1am, over an hour after the attack, at a business park in the Old Port. The suspect was reportedly hospitalized after being taken into custody.

During the manhunt, police issued an urgent warning to those in the area, asking them to stay indoors.

‘Avoid the Parliament Hill area. The suspect is still not located. For citizens of the whole city: You are asked to stay inside,’ police said in a tweet just before midnight.

‘According to our preliminary information, the suspect is dressed in medieval clothes,’ cops said. 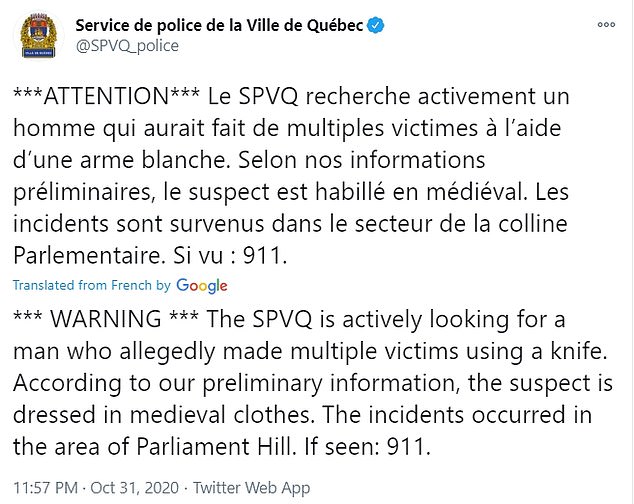