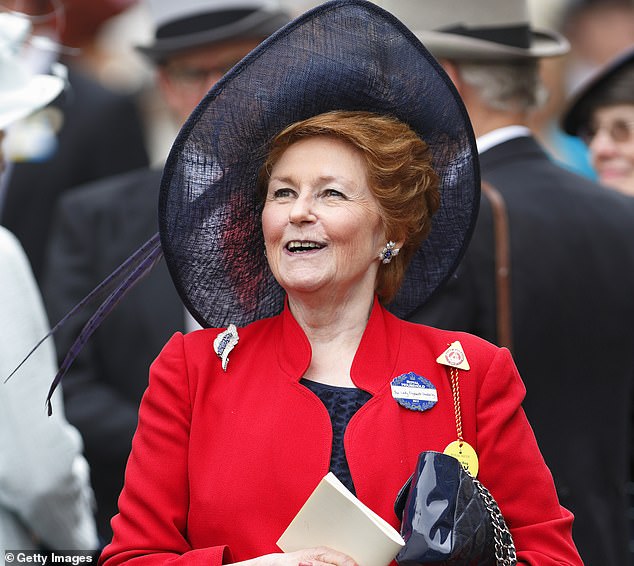 Queen’s cousin Lady Elizabeth Shakerley, a close friend of Her Majesty who organised many of the biggest royal parties, dies aged 79

The Queen’s cousin and close friend Lady Elizabeth Shakerley has died at the age of 79.

Lady Shakerley, who was more widely known in her professional capacity as Lady Elizabeth Anson, was the daughter of Thomas Anson, Viscount Anson, and Anne Bowes-Lyon, who would become Princess Anne of Denmark when she remarried.

Born in Windsor Castle in 1941, Lady Elizabeth served as the Queen’s party planner since 1960 and has organised a number of royal soirees, including an event held ahead of the wedding of the Duke and Duchess of Cambridge in April 2011.

She died in the early hours of Sunday morning with members of her family at her bedside.

Lady Shakerley leaves behind one daughter and two grandchildren.

Her death comes just months after the Queen made her cousin a Commander of the Royal Victorian Order as a sign of her personal esteem, according to the Court Circular.

The entry in the Court Circular in April read: ‘The Lady Elizabeth Shakerley has been appointed a Commander of the Royal Victorian Order by The Queen today and has received the Insignia.’

Awards in the Royal Victorian Order are made by The Queen to people who have served her or the Monarchy in a personal way.

As well as family members it includes members of the royal household and senior diplomatic figures.

Lady Elizabeth served as the Queen’s party planner since 1960 and her other high profile clients included Sir Mick Jagger and Bill and Hillary Clinton.

Guests included the Queen, the Queen Mother and Princess Beatrix of the Netherlands, while Princess Anne served as bridesmaid.

Sir Geoffrey and Lady Elizabeth had one daughter, Lady Fiona, before divorcing in 2009. 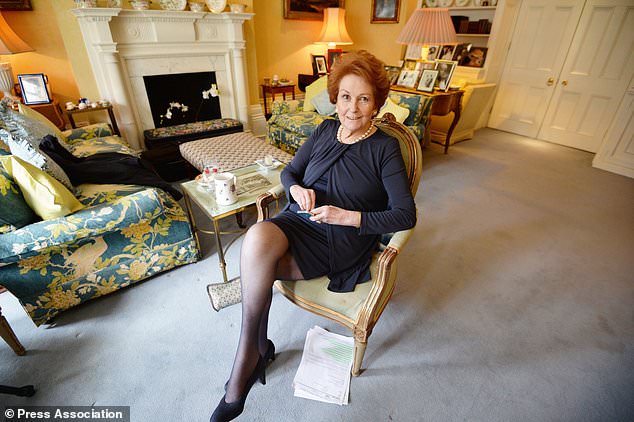 Born in Windsor Castle in 1941, Lady Shakerley was the daughter of Thomas Anson, Viscount Anson, and his wife, Anne Bowes-Lyon

She has been praised for her discreet approach to handling her cousin’s social occasions through her company, Party Planners.

However in a rare interview with Tatler magazine in 2012 she offered some insight into the Queen’s tastes.

She said: ‘For years it was believed that the Queen loved only yellow freesia. They appeared on every table decoration. Until I offered her an alternative and we discovered that she loved all sorts of blooms, from peonies to white roses.

She added: ‘The Queen is the most meticulous host. She checks every dining-room setting, every flower, every guest bedroom and always chooses her own menu. We could all learn something from that.’

What is the Royal Victorian Order?

The Order was founded in April 1896 by Queen Victoria as a way of rewarding personal service to her, on her own initiative rather than by ministerial recommendation and remains entirely within the Sovereign’s personal gift.

The anniversary of the institution of the Order is 20 June, the day of Queen Victoria’s accession to the throne.

The Chapel of the Order is The Queen’s Chapel of the Savoy but a service for those who have received awards is now held in St George’s Chapel, Windsor Castle every four years.