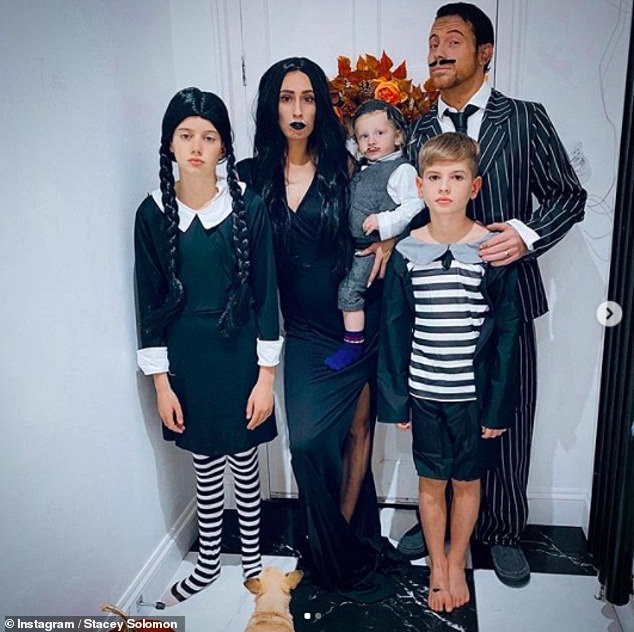 She’s loves to go all out for special occasions.

And Stacey Solomon was sure to nail Halloween style as she transformed her brood into The Addams Family on Saturday.

The Loose Women panelist, 31, looked sensational as she portrayed Morticia Addams in a long black dress with a thigh-high split and wig.

Going all out: Stacey Solomon transformed her brood into The Addams family for Halloween on Saturday

Stacey’s sons all looked fantastic in their very impressive costumes, with 12-year-old Zachary donning black and white tights to be Sunday.

He perfected the film character’s unimpressed facial expression and completed the look with a black dress and long plaits.

Leighton, eight, also looked the part wearing a matching striped t-shirt and shorts for his role as Pugsley Addams.

Meanwhile, Joe Swash, 38, got to be Gomez in his pinstriped suit and moustache with the actor even sporting dark locks to really make the Halloween costume sing. 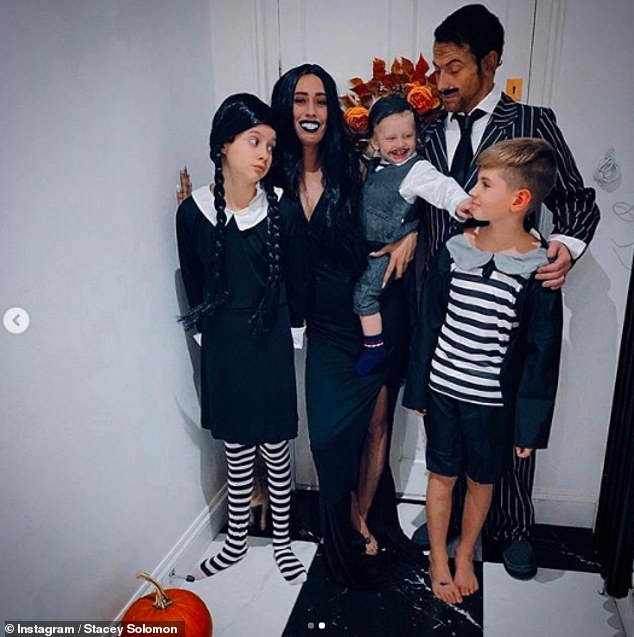 So good: The family looked sensational in their matching ensembles, with baby Rex looking adorable with a drawn on moustache and Zach donning striped tights to be Sunday Addams 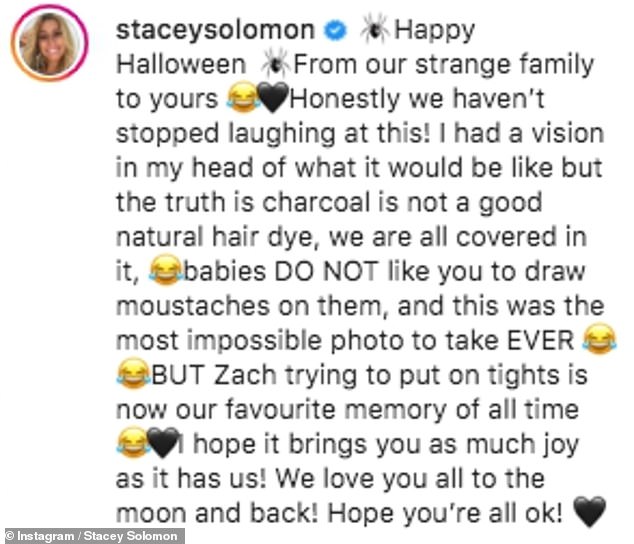 Putting in the effort: Stacey revealed she had used charcoal as a natural hair dye for some of the family’s costumes

However it was baby Rex, 16 months, who stole the show in his tiny suit and drawn-on moustache.

The youngster looked adorable as he posed with his parents and older brothers for a few family snaps.

Stacey captioned her pictures: ‘Happy Halloween! From our strange family to yours. Honestly we haven’t stopped laughing at this!

‘I had a vision in my head of what it would be like but the truth is charcoal is not a good natural hair dye, we are all covered in it, babies DO NOT like you to draw moustaches on them, and this was the most impossible photo to take EVER BUT Zach trying to put on tights is now our favourite memory of all time. 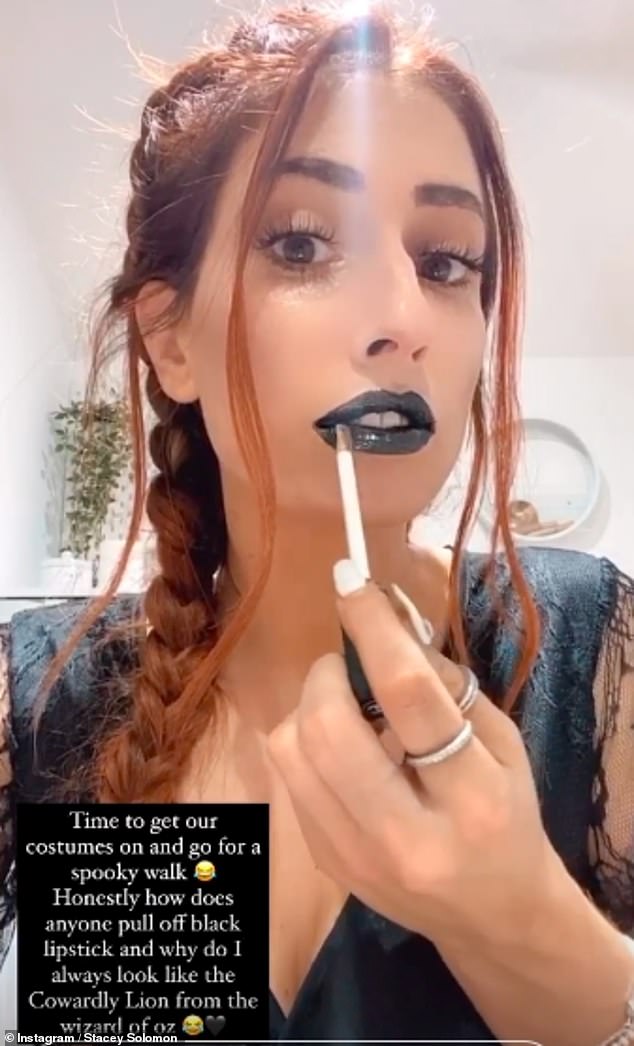 All dolled up: The mother-of-three looked sensational as she styled her locks into plaits and applied black lipgloss earlier on Saturday 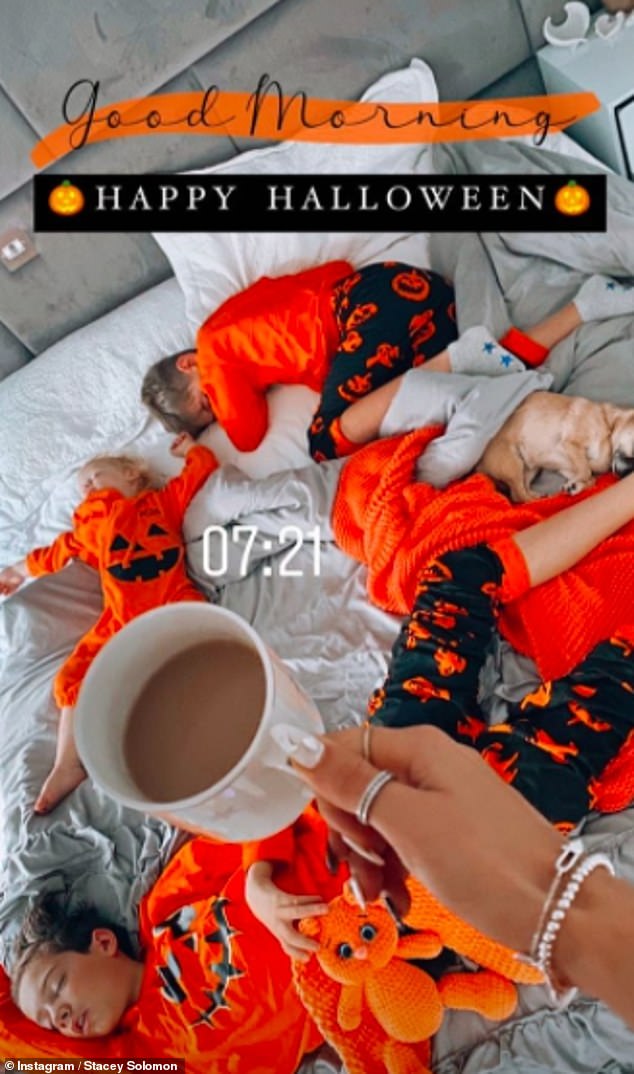 Family time: The brothers also got to enjoy matching orange Halloween pyjamas for the spooky occasion

‘I hope it brings you as much joy as it has us! We love you all to the moon and back! Hope you’re all ok!’

Earlier on Saturday Stacey also shared how the family were celebrating Halloween, posting a series of themed foods to her Instagram Stories.

The mother-of-three also revealed that she had brought her boys matching orange pyjamas with them all relaxing in them during the morning.

It comes after Stacey spoke directly to internet trolls last Friday, telling them to ‘rage away’ as she shared a new clip of toddler son Rex to Instagram. 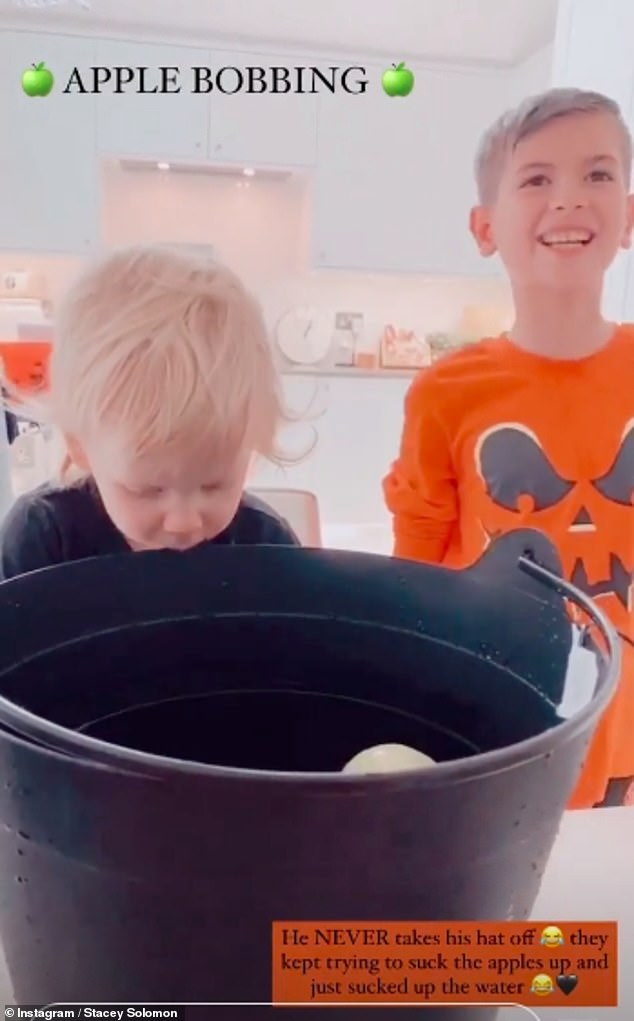 Tradition: Leighton and Rex also had a go at apple bobbing as they enjoyed the time together 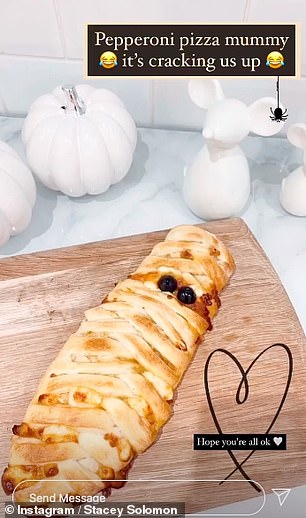 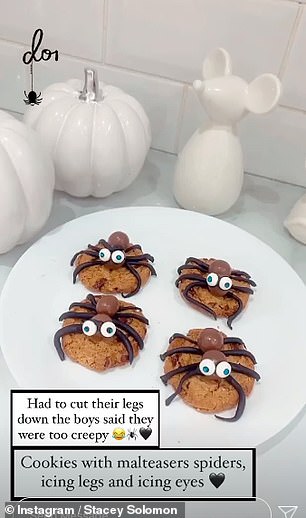 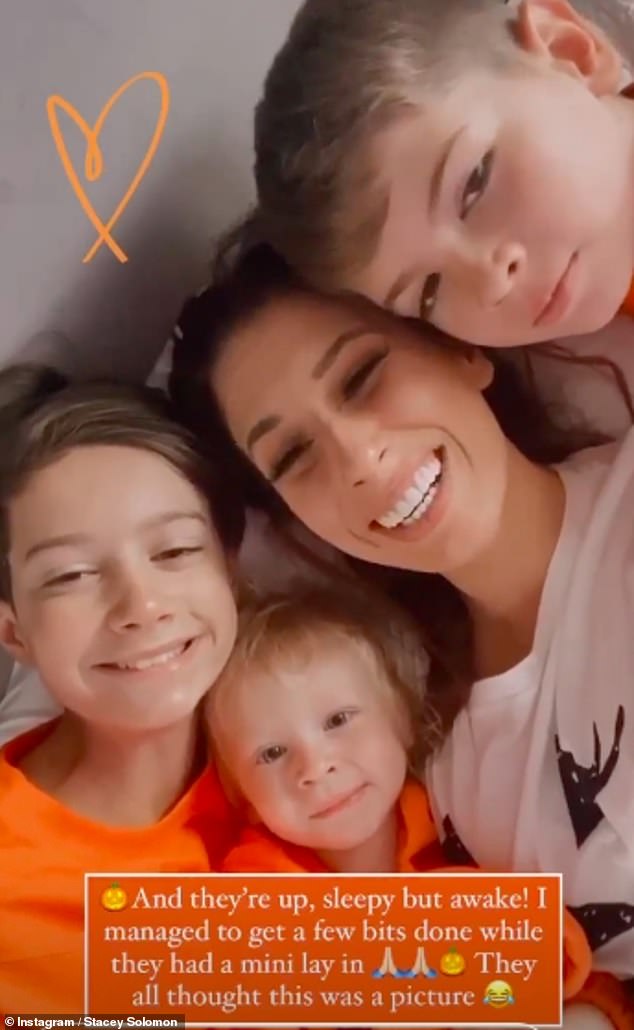 So cute: The doting mother appeared to be in good spirits as she soaked up the family time with her three sons

The TV star was seen chatting about her new IKEA lampshades in the short video while her cheeky 16-month-old climbed onto their table.

Stacey wrote: ‘I wasn’t going to post this because I just thought “omg the trolls will be out in full force to tell me I’m a rubbish mum”.

‘So I recorded a different one and then thought “NO. Just NO.” If you have a toddler and they’re not climbing on everything and giving you regular mini heart attacks then you don’t have a toddler.

‘There’s just no point being on here and pretending everything is perfect. So rage away Susan, rage away.’

In the video Stacey is heard sharing her excitement over the stylish lampshades but it’s her adorable youngest son Rex who steals the spotlight.

Rex manages to clamber from his seat on a dining chair onto the table, and seems to be pleased with his efforts as he starts to smile as the video ends. 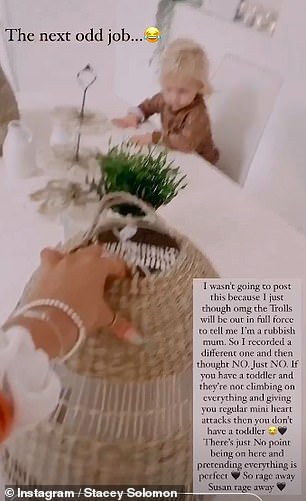 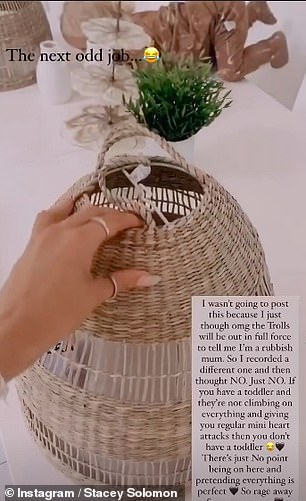 Here he comes! It comes after Stacey told trolls to ‘rage away’ after sharing a clip of Rex climbing on a table during another Instagram video