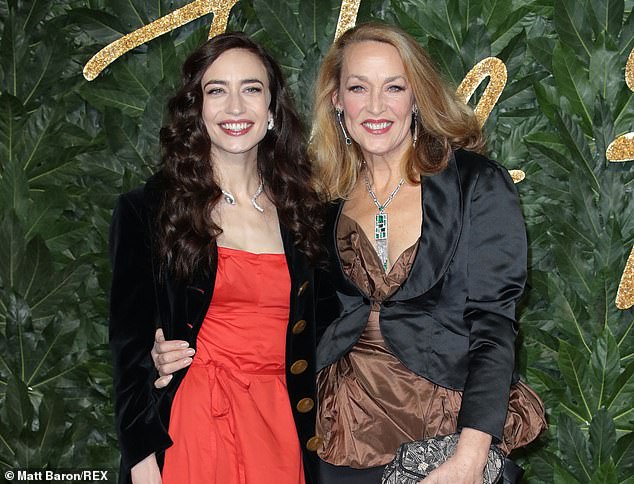 There may be plenty of doom and gloom around but Jerry Hall finds herself in celebratory mood – and I’m delighted to reveal that’s because she has become a grandmother for the first time.

Jerry, 64, confirmed the news to me and told me she was thrilled, saying: ‘Being a granny is wonderful.’

Jerry Hall, pictured with her daughter Elizabeth Jagger, left, welcomed her son Eugene into the world on September 9 at the Chelsea and Westminster Hospital 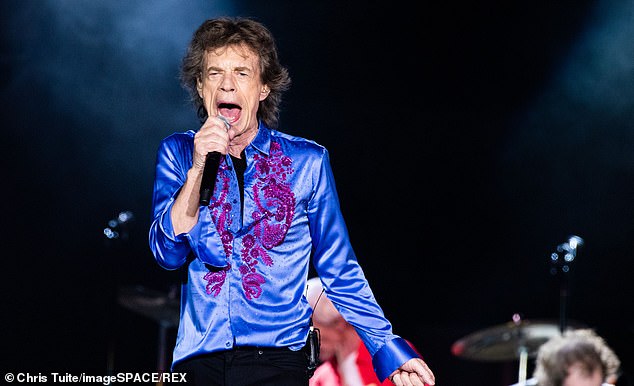 And a friend revealed: ‘It was such a relief when Lizzy found out she was pregnant – at 36 she was starting to fear she’d left it too late.’

Lizzy and her partner, US-based documentary producer Christopher Behlau, welcomed son Eugene to the world on September 9. He was born at Chelsea and Westminster Hospital, and the couple have been getting to know him at their home in leafy Richmond, South-West London.

Previously Lizzy has stepped out with Sean Lennon, son of Beatle John, and reality star Calum Best, son of Manchester United legend George. But she had been keeping this romance under wraps, shunning society parties for quiet nights in.

It might take some explaining to the newest addition to the Jagger brood about why his uncle Deveraux is only three years old and could well be his playmate! Grandfather Mick, 77, shares Deveraux with American ballerina Melanie Hamrick, who is three years younger than Lizzy. No doubt the good genes will be passed down to the new baby; Lizzy once said she was delighted to have inherited her father Mick’s features. ‘Happy to have inherited his great hair,’ she recently gushed – leaving out the fact that she had also inherited his famous lips.

In recent years Lizzy has scaled back her successful modelling career to focus on political activism. She’s an ambassador for Equal Means Equal, a US movement promoting equal rights for women.