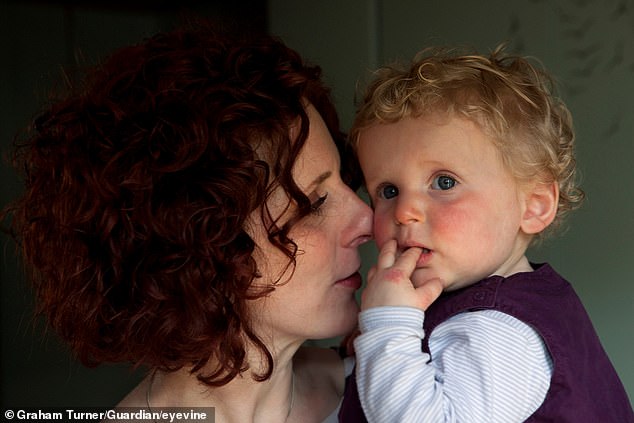 Maggie with her eldest daughter when she was just 14 months old: ‘If she encounters anything on her long list of allergies, she can go into anaphylactic shock’

How does a mother cope with the knowledge that her child’s life is in constant danger? That’s the reality for award-winning novelist Maggie O’Farrell, who tells Natasha Poliszczuk how a terrifying ambulance ride inspired her to write her most personal story yet

Imagine living in a near-constant state of high alert, always wondering if your child is safe. Scanning every room as you walk in to see if anything in it could put her life in danger. Accepting that any idea you have of being in control is illusory. Anticipating that at any time, you could find yourself in the back of an ambulance, speeding towards the nearest hospital, willing your child to live as she gasps for breath and her body turns cold.

This is, explains Maggie O’Farrell, the reality of anaphylaxis (a severe allergic reaction), which affects her 11-year-old daughter, who she prefers not to name publicly. They live in Edinburgh with Maggie’s husband, the novelist William Sutcliffe and their two other children, a 17-year-old son and eight-year-old daughter.

The allergy is incredibly complex, to say the least. Writing about her daughter’s illness in her 2017 memoir I Am, I Am, I Am: Seventeen Brushes with Death, Maggie put: ‘She was born, in 2009, with an immunology disorder, which means her immune system underreacts to some things and overreacts to others. Whereas my other children might get a cold, she will be knocked sideways, requiring hospitalisation, a respirator and a drip. If she encounters anything on the long list of things to which she is allergic, she can go into anaphylactic shock.’ And that list includes peanuts, sesame, bee and wasp stings, eggs and seeds, to name a few. Just one of these would be a worry for any parent. But Maggie explains the family are constantly vigilant and lucky to be surrounded by ‘wonderful’ people, including ‘every parent and child in my daughter’s class who look out for her’.

Although that’s not to say that some of Maggie’s worst fears haven’t happened. In fact, it was one particularly terrifying event that inspired her new book, Maggie’s first for children, Where Snow Angels Go. It’s a magical tale about a little girl, Sylvie, who wakes up one night to find a snow angel in her room, who is there to save her life.

The story was born in the back of an ambulance on one of those heart-in-mouth races against time with her daughter. ‘It is very difficult to explain danger to a really young child; why they are in an ambulance and everyone’s panicking around them. But I’ve found that children are amazingly adroit at understanding metaphor – that a story can represent something in their life. The snow angel was a way of me explaining anaphylactic shock to my daughter.

‘Most people know the classic symptoms of a severe allergic reaction – the swollen lips and difficulty breathing – but one of the other symptoms, which is much more sinister, is that your heart rate drops, and you get really cold, really suddenly. My daughter’s teeth were chattering; she was terrified. Out of the blue, I said, “You’re going to be fine. It’s just a snow angel wrapping his arms around you.” Instantly, her face cleared, and you could just see her thinking about this angel. Necessity is the mother of invention and there’s a very good reason the word “mother” is in that sentence.’

Although it’s written for children, this book is far from sweetness and light. Or ‘kittens and rainbows’ as Maggie characterises much of the literature aimed at six- to nine-year-olds. Dark themes in books for the under-fives (witness The Tiger Who Came to Tea or stories by Beatrix Potter) are notably absent. ‘But not only can children handle it; they need it,’ she insists. ‘This is the age where they start looking outside the Garden of Eden of childhood at the wider world. They start grappling with difficult things. We read stories to build our resilience and give us a road map on how to respond to difficult situations. Children need to know how to cope. That’s why we all read fiction, isn’t it?’

Where Snow Angels Go taps into fears of death, the dark and loss. The angel can be rather caustic and Sylvie has a long illness: ‘She lay in bed for the whole summer, the entire autumn and most of the winter. She was still in bed, most unfortunately, on Christmas Day.’

It requires no great leap of imagination to see in this Maggie’s own childhood illness. Aged eight, she had viral encephalitis, an inflammation of the brain, and was in intensive care for months, alone but for a tape recorder and some talking books –

‘I would wait until someone came past the door and ask them to turn over the tape’ – as she hovered between life and death. Even when she was discharged, it was to her bed at home. In total, she was ill for nearly a year. ‘It is impossible to separate me from what happened: it completely changed me in every way. I don’t think I’d be a writer without it.

‘It’s like going through fire: you come out and everything is changed. I still live with the neurological side effects.’ Her vision can tilt with no notice – the floor could lurch, for example, or she might see things upside down. Her spatial awareness and motor control are uncertain. ‘But they are part of who I am. I don’t feel unlucky. Conversely, I feel incredibly lucky, like I’ve won 20 lotteries, because I didn’t die. I found a loophole out of that fate.’ When Maggie saw illustrator Daniela Jaglenka Terrazzini’s drawings for this part of the narrative, it gave her a fright. ‘Daniela had no idea about what happened to me as a child, but she drew Sylvie sitting in a garden with a blanket around her. I looked in my mother’s photo album and there is an almost identical photo of me in our garden, recovering from my illness.’

Her children are not just the inspiration for Snow Angel, they are woven into it. The snow angel bears a strong resemblance to her son ‘aside from the wings, of course’, and, when he tells Sylvie that she is ill and he will fetch her mother, who wakes with a start with the sudden chill, and checks on Sylvie – it recalls an episode from Maggie’s son’s childhood. ‘When my son was four, he had a low-level virus, but he seemed to be getting better and I had put him to bed. For some reason, I woke up at four o’clock in the morning, freezing cold, and thought, “I’ll just go and check on my boy.” He had a temperature of 42 degrees and a stiff neck. He had meningitis and ended up on an isolation ward. I have often wondered why I woke that night.’

This little boy’s brush with mortality recalls another son who did not escape death: Hamnet in Maggie’s award-winning novel of the same name about William Shakespeare’s son. She had long been fascinated by the boy who was all but airbrushed from history because ‘so many children died in those days’, but bears the same name as one of his father’s most celebrated plays (the names Hamlet/Hamnet were interchangeable at the time). She speculates that he was killed by the plague.

‘I have always wanted to write this book, but I couldn’t even contemplate it until my own son was past the age of 12 because I knew I had to put myself inside the skin of a woman who has just lost her child. Even then I couldn’t write that part in the house where my children lived. I wrote it in a shed in the garden – and not a nice shed like Philip Pullman’s or David Cameron’s bespoke shepherd’s hut – a really disgusting old potting shed that has since fallen down.’

The book won the Women’s Prize for Fiction earlier this year, despite being up against stellar names including Hilary Mantel. ‘There was no part of me that was expecting it. Being on the shortlist was a prize in itself – it felt like all six of us had won. The whole setup this year feeds into that sense of the imposter syndrome. You think, “Is this a prank? Can it be real, being told over Zoom?”’ 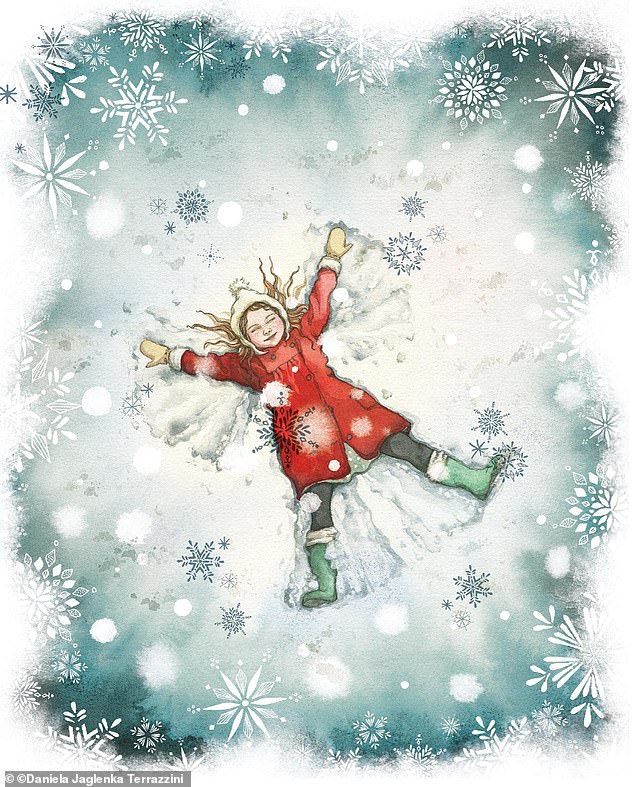 Maggie kept writing throughout lockdown – she can’t not. She finished another children’s book – ‘My other daughter wants one now, which is fair enough’ – and has just started her ninth novel, but superstition prevents her from talking about what she is currently working on. She is not tempted to return to nonfiction, for now at least: ‘The truth is much harder to write.’ Fortunately, she lives with her first reader – her husband – whose judgment she trusts completely. Even when he tells her what she doesn’t want to hear – that she should rewrite half of her fourth book The Vanishing Act of Esme Lennox springs to mind. ‘We were having dinner and I remember marching outside, into the cold. But the next day I thought, “Damn it. He’s right.”’ Lockdown in the O’Farrell/Sutcliffe household presented familiar challenges. Maggie makes the universal home-school grimace and she worries about her own mother – cut off from her social activities.

But also unexpected joys, such as having her teenage son at home. ‘It’s important to reframe the experience – although my son might not agree! Usually he’d be off with his friends, so it felt like a real gift to have him close at home. It was a huge positive for all of us: his sisters adore him – they think he can do no wrong.’

It must also have had the advantage of keeping her eldest daughter safe at home, where they can keep an eye on her and any potential allergens that might lurk. ‘You know,’ Maggie says thoughtfully, ‘when there’s something in your life that you can’t subtract, because it is what it is – you just get on with it. I tell all my kids that everybody faces challenges. They may not be as visible or dramatic as anaphylactic shock, but people often have wounds on the inside. All we can do is try to take care of each other and live the biggest and best life we can.’