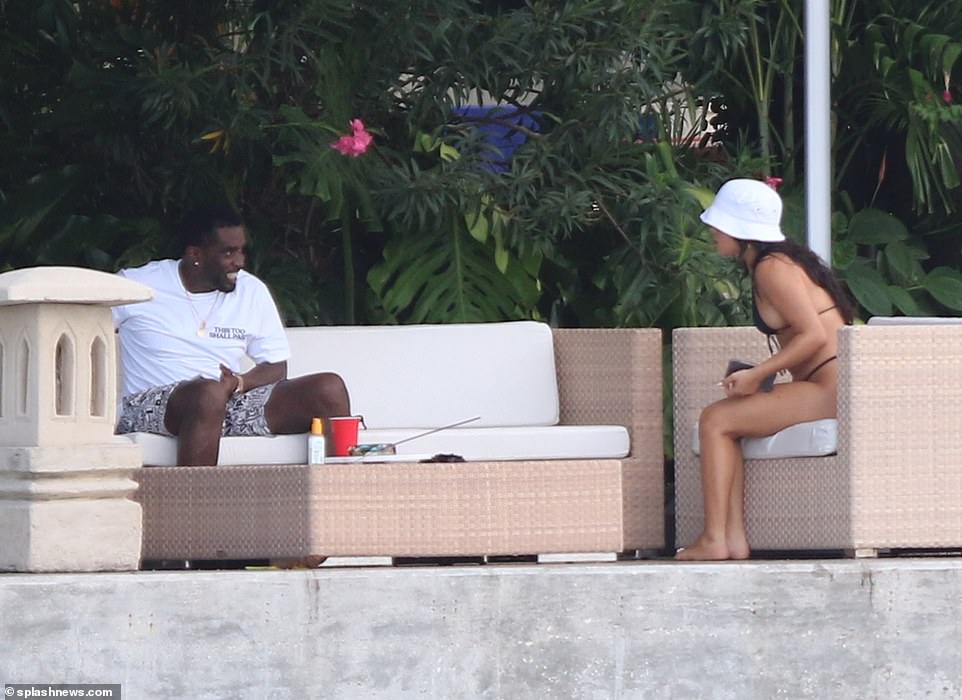 He was seen kissing model Tina Louise on the beach in October.

And Diddy appeared to be in good spirits as he kicked back and relaxed at his Miami Beach mansion on Sunday with another bikini-clad female companion.

The rapper, 50, whose real name is Sean Combs, laughed and smiled as he sat with the woman who looked sensational in a tiny thong two-piece and white bucket hat.

Relaxing: Diddy appeared to be in good spirits as he relaxed with a bikini-clad female companion at his Miami Beach mansion on Sunday

Diddy was seen smiling as he chatted with his companion and took things easy as they soaked up the sunshine.

At one point, the brunette beauty was even seen cheekily throwing her hat at the rap mogul as they sat on some rattan furniture, causing him to laugh and her to beam a smile towards the celeb.

She looked sensational in a tiny bikini which boasted a tie detail on the front and high-waisted string bottoms to accentuate her toned physique.

Completing her beachside look, the companion left her tresses down and let them cascade over her shoulders in gentle waves as she walked around the seating area. 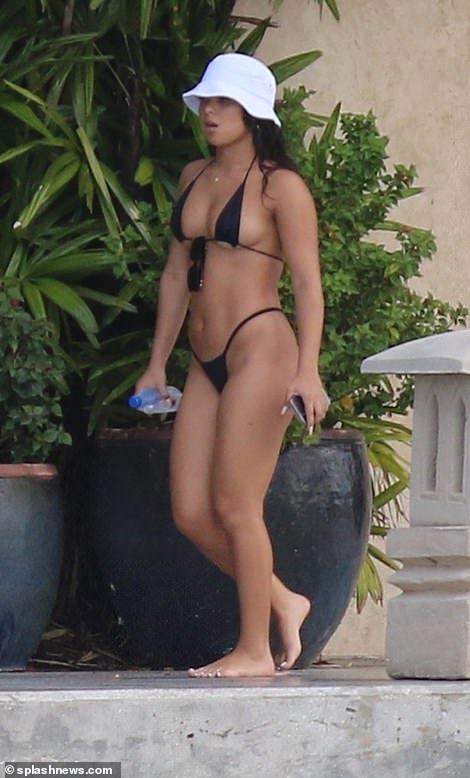 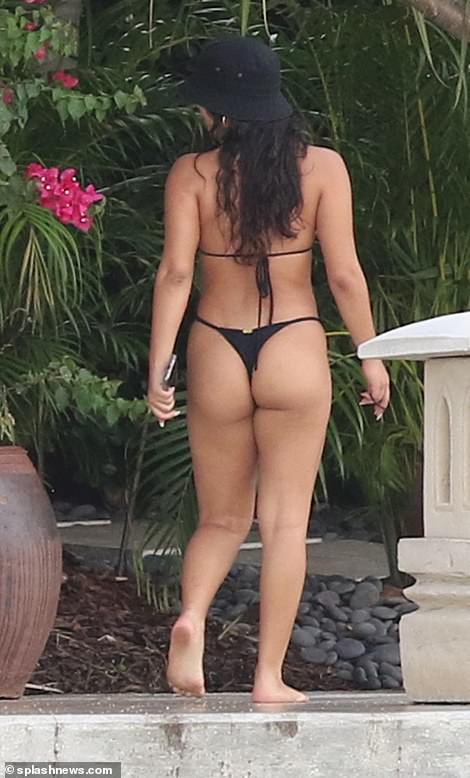 Sizzling: The rapper’s companion looked sensational in a tiny black string bikini which boasted thong bottoms and a tie-detail on the top

It has been an interesting few weeks for Diddy as earlier in October he was seen putting on a very amorous display on the beach with Brian Austin Green’s ex Tina Louise.

At one point, the pair even put a towel over themselves as they continued to their PDA session in full view of passers-by.

The mogul made the stakes of this election clear while talking to Charlamagne Tha God on his own Revolt TV  cable network on Thursday, telling the interviewer he thinks the 2020 elections are a life-or-death decision. 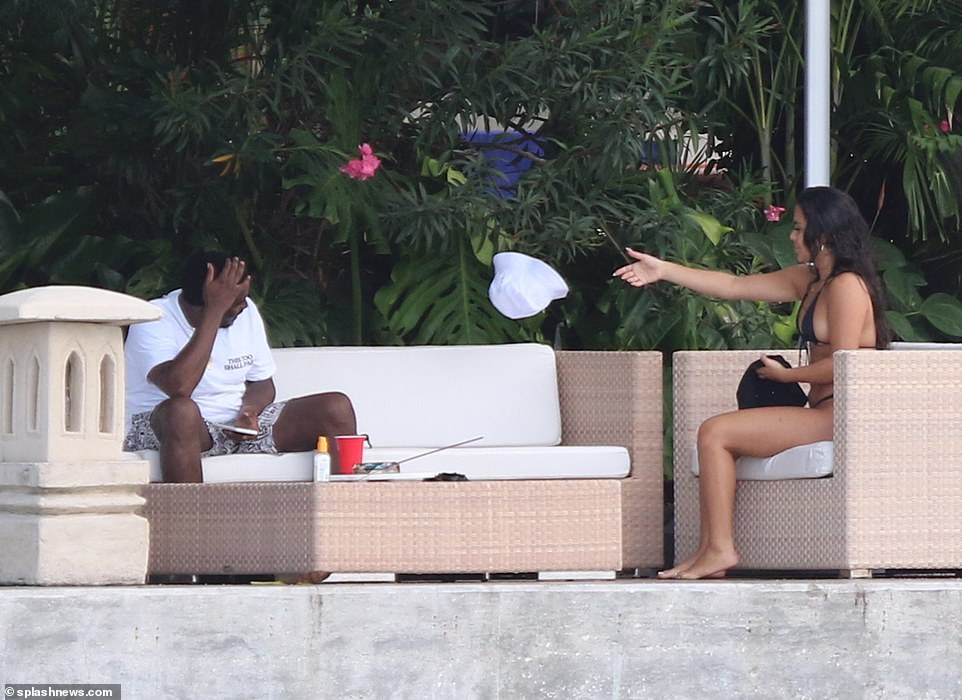 Cheeky: The brunette beauty threw her white bucket hat towards the rap mogul during their sun session 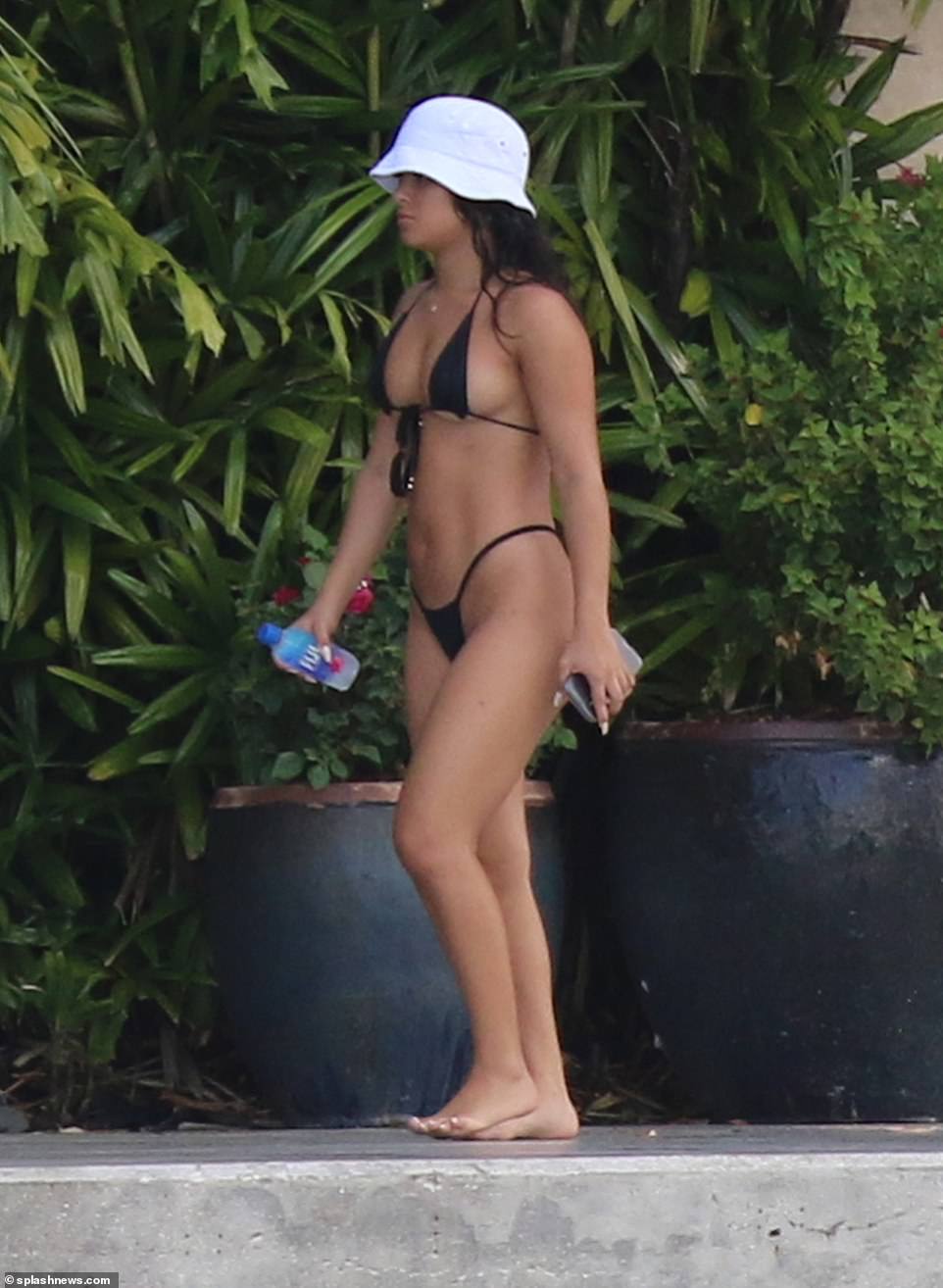 Toned: She showcased her svelte physique in the swimwear, completing her beachside look with an eye-catching hat

Diddy, who described himself as an independent during the sit-down, also announced the launch of his own political party, which will focus on the needs of Black Americans.

‘If Trump gets elected, I really do believe in my heart there will be a race war,’ he said at the top of the interview.

‘White men like Trump need to be banished,’ he explained.

‘That way of thinking is real dangerous. This man literally threatened the lives of us and our families about going to vote,’ he said in reference to the ‘stand back and stand by’ comments the 45th President made during his September 29th debate against Joe Biden. 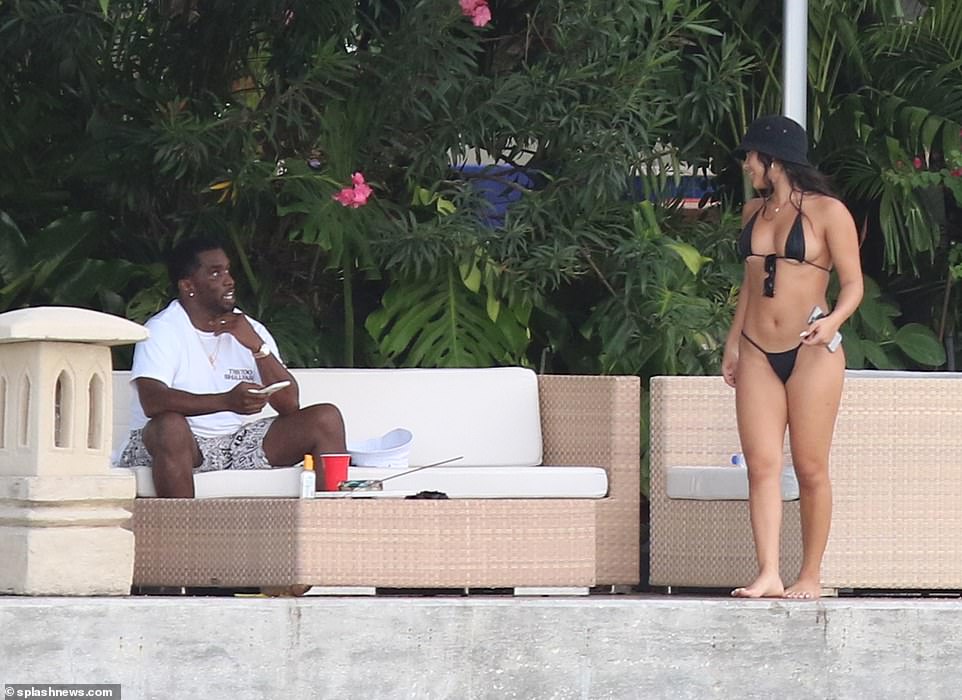 Casual: Diddy cut a relaxed figure in a white t-shirt and some patterned shorts 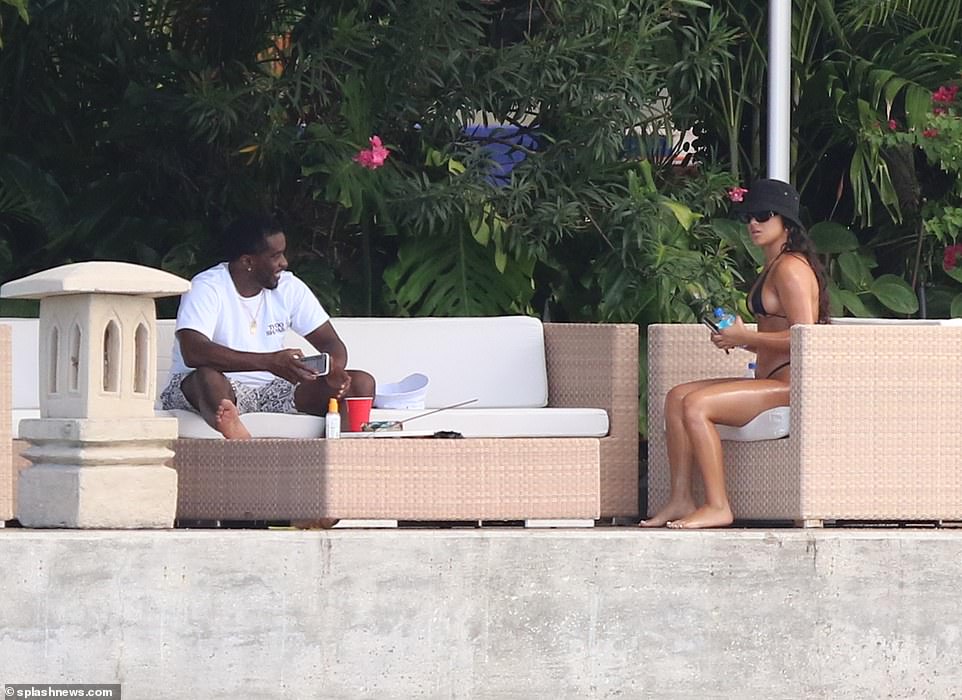 Having fun: The rap mogul was seen laughing and smiling in the brunette’s direction

‘The number one priority is to get Trump out of office,’ he went on. ‘The tribe of people that have the responsibility and really should be scared to death of this man is white people.’

Back in April Diddy had urged Black people to ‘hold their vote hostage,’ but in the interview he said it would be ‘irresponsible’ to advocate for that now.

He then announced his own vision: a political party called Our Black Party.