They got into the Halloween spirit by dressing up as 1980s versions of music icons Madonna and Bruce Springsteen.

One day later and Jennifer Lopez and fiance Alex Rodriguez were back into their roles as a celebrity ‘it’ couple when they stepped out for dinner at the upscale SoHo House in West Hollywood.

During their date night, the couple packed on the PDA with plenty of hand-holding when they strolled in and out of the restaurant.

The triple threat superstar, 51, turned more than a few heads decked out in a stylishly chic cream-colored dress.

To help showcase her enviable curves, the long-sleeve number had a slit down the left side and was cinched-in at the waist with a belt.

She also donned a pair of dark, open-toe heels and had her light brown tresses teased in a slightly unkempt style. 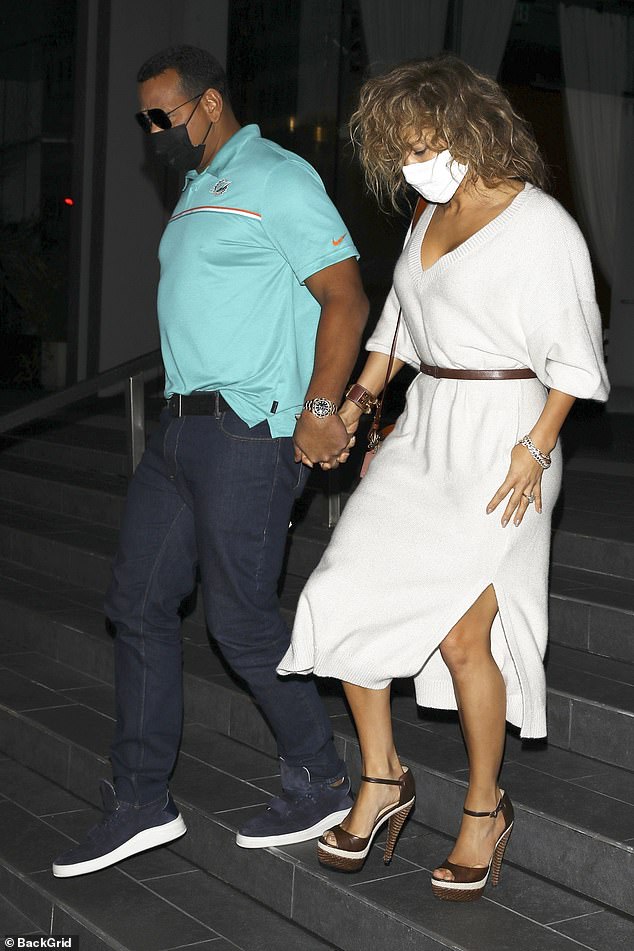 Superstars: JLo turned more than a few heads in a stylishly chic cream-colored dress with open-toe heels and her teased in a slightly unkempt look

He also wore a pair of black sneakers and, at times, a pair of dark sunglasses after dinner when they headed back to their parked vehicle.

With the COVID-19 pandemic still raging across much of the U.S., the hot and heavy couple wore protective masks, in adherence to health and safety protocols. 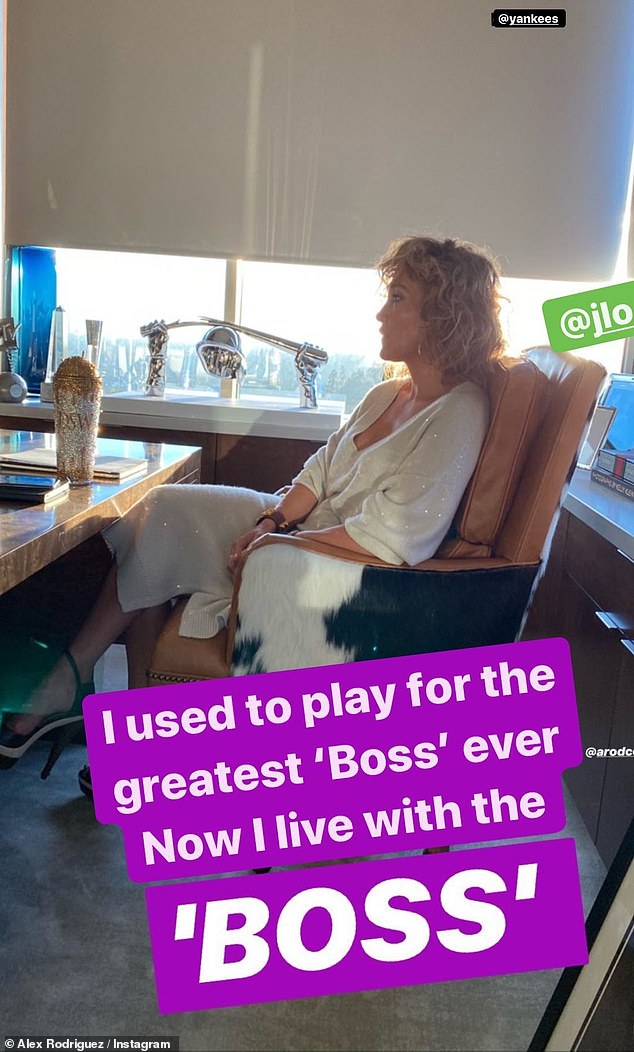 Before heading to dinner, ARod gushed about his fiancee being the BOSS, wile referencing the  late owner of the New York Yankees, George Steinbrenner

Before heading out for dinner, the former baseball great took to Instagram and shared a photo of his ladylove sitting behind the desk in an office decked out in that very same dress.

‘I used to play for the greatest ‘Boss’ ever,’ Rodriguez wrote across the bottom of the picture, in a reference to the late New York Yankees owner George Steinbrenner.

‘Now I live with the ‘BOSS’, he added, which was a a nod of respect to his fiancee.

The couple have been an item since February 2017 and eventually announced their engagement in March 2018. 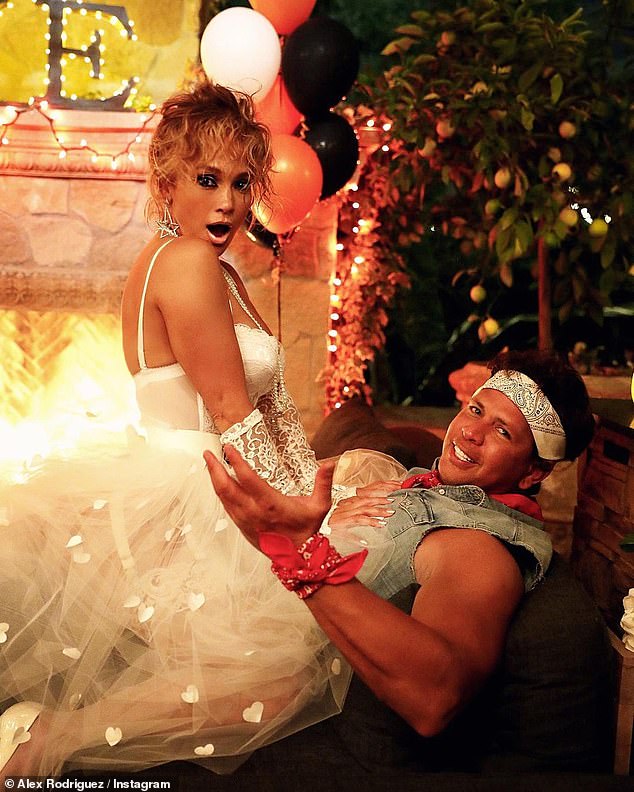 The spirit: The ‘It’ couple got into the Halloween spirt, with JLo dressing up as the Like A Virgin-era Madonna of the 80s and ARod as an 80s version of Bruce Springsteen 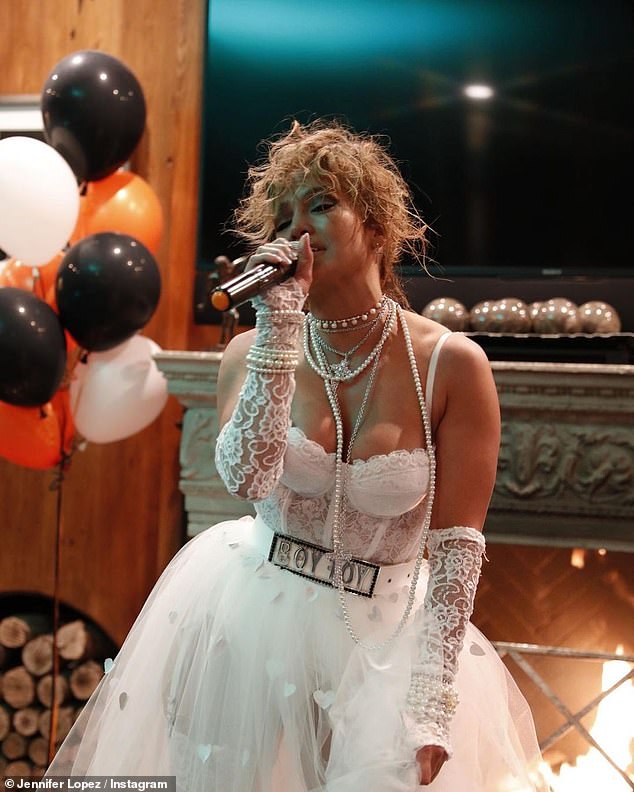 Boy Toy: The New York City native reportedly has been a huge Madonna fan since the 80s