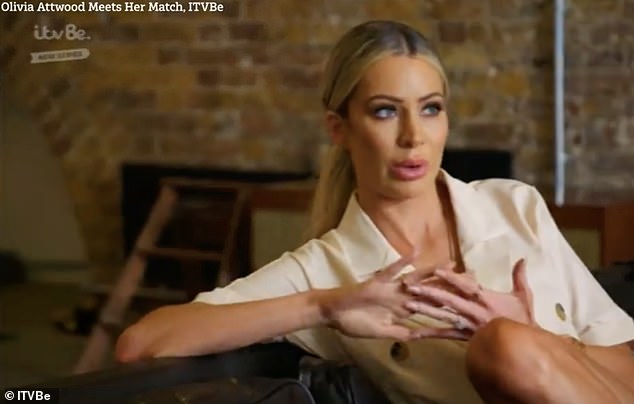 TOWIE star Olivia Attwood has been praised by fans for speaking candidly about her struggles with ADHD.

Speaking on her new ITVBe show Olivia Attwood Meets Her Match, the 29-year-old spoke about her ADHD when discussing her mental health struggles.

While discussing her upcoming nuptials with footballer Bradley Dack, Olivia described being diagnosed at school, but said she didn’t know she could still have it as an adult.

The 2017 Love Island star said: ‘Pre-Love Island, I just kind of hit this point where everything came to a head.

‘My anxiety was through the roof, I was fluctuating in and out of mild depression, and I had to actually get some help for it.

‘And the amazing doctor who I was actually treated by, when I was with her for a couple of hours she was like, ‘Have you ever been diagnosed with ADHD?’ and I was like, ‘Yeah, as a child, but you can’t have it as an adult, can you?’

‘And she was like, ‘You absolutely can. I think not being aware of your ADHD tendencies has led you to be really hyperactive and then you’re dealing with anxiety and that’s brought on depression’. 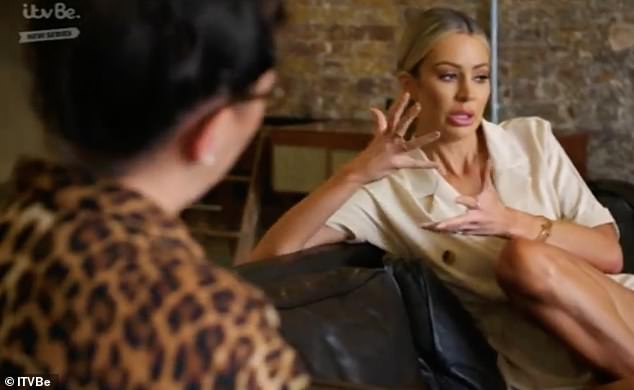 Tough times: The 2017 Love Island star said, ‘Pre-Love Island, I just kind of hit this point where everything came to a head’

Medical help: Olivia said an ‘amazing doctor’ told her she was wrong to think that you cannot have ADHD as an adult

Fans on Twitter praised Olivia for her openness, with one writing: ‘Well done for discussing adhd, my daughter has it diagnosed at 7 years old now nearly 13 she has her struggles and often been judged but she embrasses it and trys so hard to get through the hurdles and people’s opinions of her’.

Another penned: ‘Good on Olivia for opening up and sharing her personal experience and raising awareness on ADHD’.

Olivia is currently starring on her new ITVBe show Olivia Meets her Match, which is showing the reality star’s preparations for her forthcoming nuptials with Bradley.

Just weeks ago, the former grid girl shocked her TOWIE castmates by finally making the decision to leave Essex and ‘prioritise’ being with her fiancé .

Respect: Fans praised Olivia on Twitter for opening up about her condition and sharing her personal experience of mental health difficulties 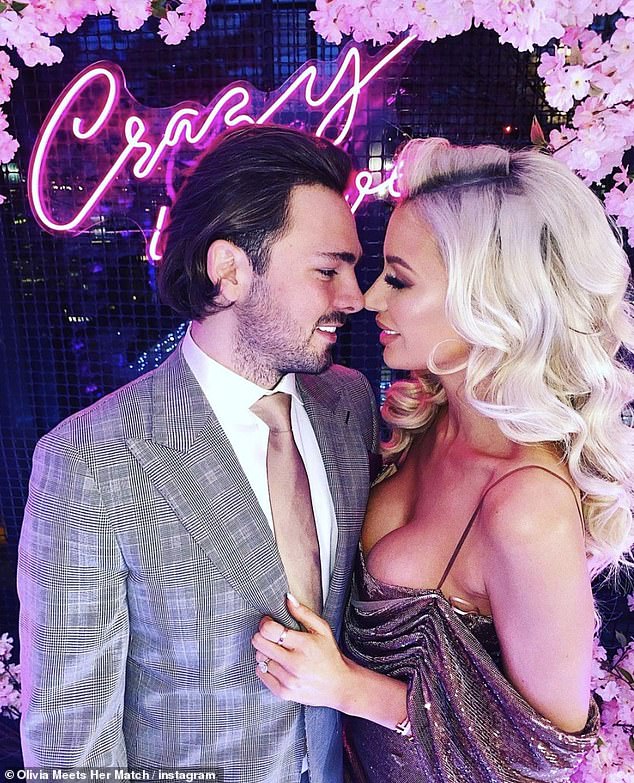 New show: Olivia was speaking on her new ITVBe show Olivia Meets her Match, which shows the reality star’s preparations for her forthcoming nuptials with Bradley

Olivia told her pals: ‘I’ve got everything I’ve ever wanted waiting in Manchester, a whole life I’m missing out on.

‘These last few weeks saying I feel conflicted and feel I’ve come to realisation that I need to be up there a bit more permanently. It’s the right thing to do, it’s just sad isn’t it.’

Olivia revealed on last week’s episode that she checks Bradley’s phone every night after he goes to bed.

Appearing on the debut episode of Olivia Meets Her Match, the former TOWIE star threatened to check Bradley’s phone messages in front of him during a playful tiff, admitting she does it at nighttime anyway.

‘I’ll go down your phone if you want to play that game, Sonny,’ she said.

To which Blackburn Rovers star Bradley, 26, replied: ‘Go for it, I’ve got nothing to hide.’

Olivia also revealed she wants to send a private investigator to follow Bradley on his three stag dos.

The sportsman is planning a stag do in England, Las Vegas and Ibiza, with Olivia telling her mother: ‘I was going to hire private investigators to go to his stag do with him. 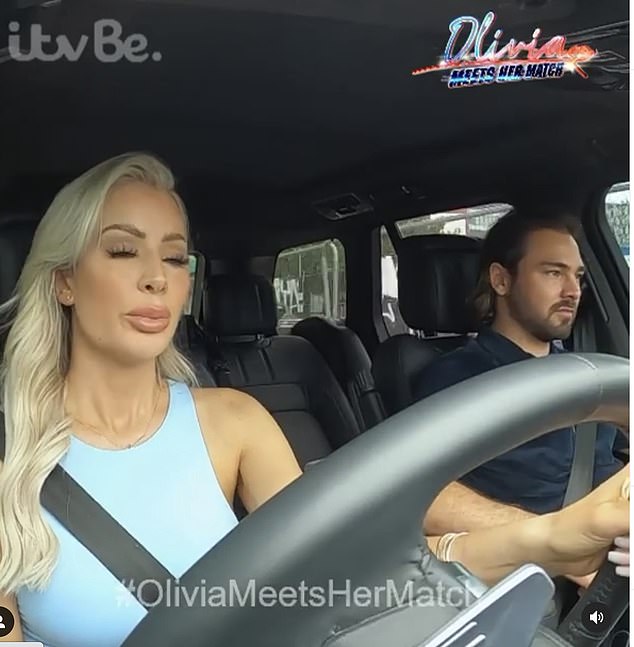 Bride to be: Olivia recently revealed on the show that she wants to send a private investigator to follow Bradley on his three stag dos