The Bachelorette vet Derek Peth has announced his engagement to model Saffron Vadher.

‘she said yes!!!’ the reality star, 33, enthusiastically tweeting Sunday night to his army of over 110,000 followers.

Saffron also showed off the dazzling diamond ring Derek gave her on her Instagram stories.

The model flashed her radiant cut engagement ring as she snuggled her cheering fiance.

Saffron giggled as she covered her face with her left hand.

It was only a few months ago Derek revealed he had begun dating Saffron.

The new couple confirmed their relationship in June over Tik Tok, where Saffron had been posting hilarious videos of their life together in self-isolation. 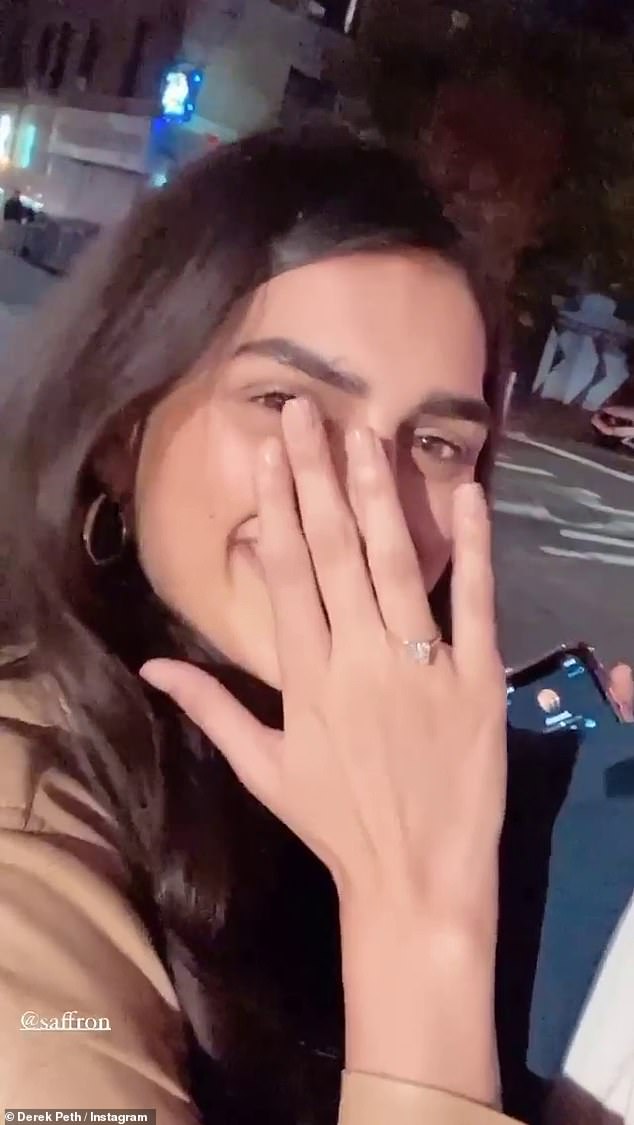 Bling bling: Saffron flashed her ring in clips posted to her and Peth’s Instagram stories

Going to the chapel: The reality star announced the engagement Sunday night 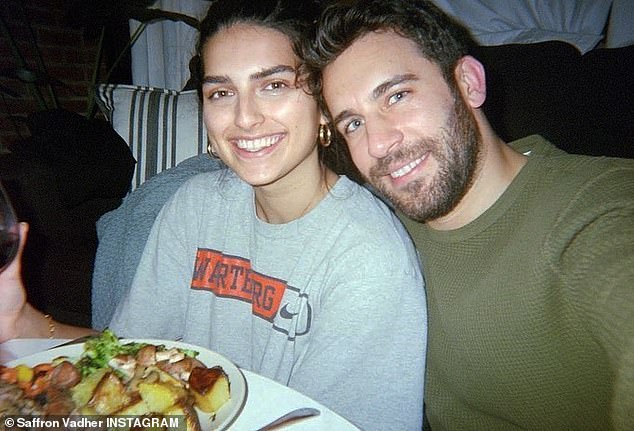 Aww: The couple debuted their relationship on social media six months ago

Bachelor Nation may fondly remember Derek for his various stints on Bachelor In Paradise, where he even became engaged to fellow contestant Taylor Nolan.

Derek popped the question during a taping of the Bachelor In Paradise after-show, but less than a year later they called it quits.

‘It is with much sadness that we have decided to end our engagement. We put everything we could into our relationship and are heartbroken to go forward separately, but we know this is the best decision for the both of us,’ they said in a joint statement announcing their split to E!. 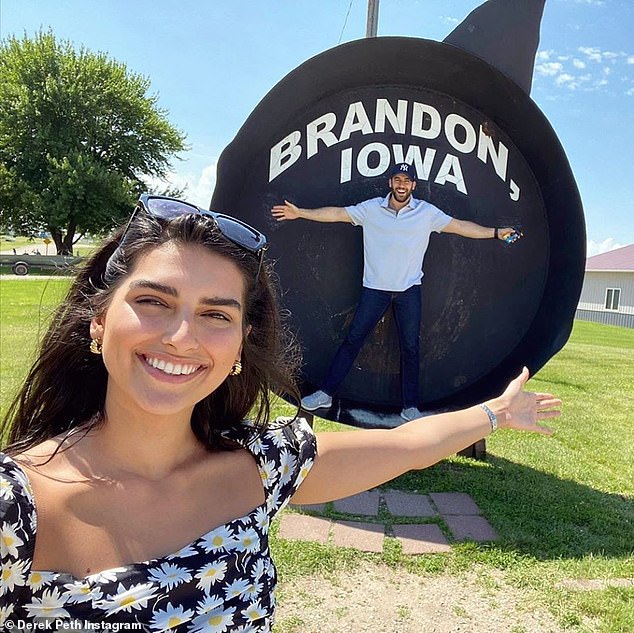 Wish you were here! The happy twosome took a trip to Brandon, Iowa 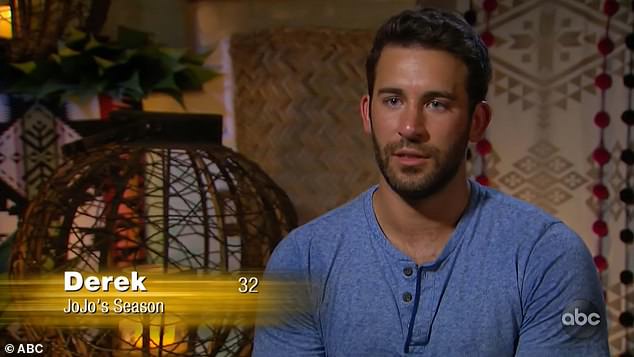 Claim to fame: Derek catapulted to fame appearing in The Bachelorette and Bachelor In Paradise 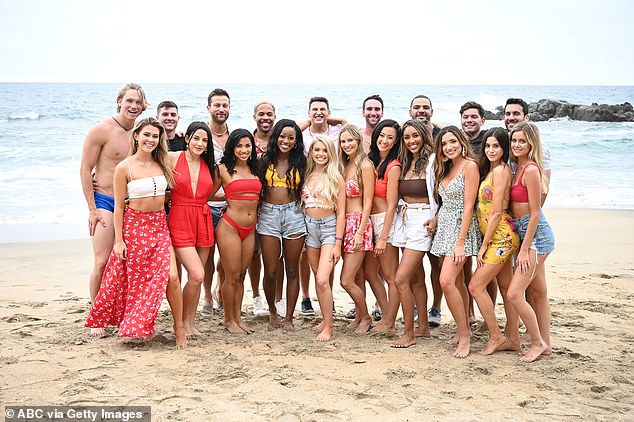 Not meant to be: The star had romances with Bachelor vets Taylor Nolan and Demi Burnett

‘We will still be present in each other’s lives with support, admiration and respect for each other.’ the statement read.

Derek returned to Bachelor In Paradise in 2019, where he began dating Demi Burnett – however that relationship wasn’t meant to be either.

Saffron has modelled for the likes of Vogue India, but it wasn’t long ago she was working for Domino’s Pizza.

Working for the fast food chain has helped Saffron develop an appreciation for her more glamorous life.

‘It came up on my Facebook memories recently that this time two years ago I was working at Domino’s Pizza!’ she told Elite Model Look. ‘It’s so crazy. I used to love it though, we had such a laugh. I used to put on the delivery driver’s helmet and pretend to go do the delivery. It’s good to have done those kind of jobs. It makes me appreciate what modelling has given me, it’s a crazy world but you could get used to it if you hadn’t done a minimum wage job – that’s hard! I miss the free pizzas though!’ 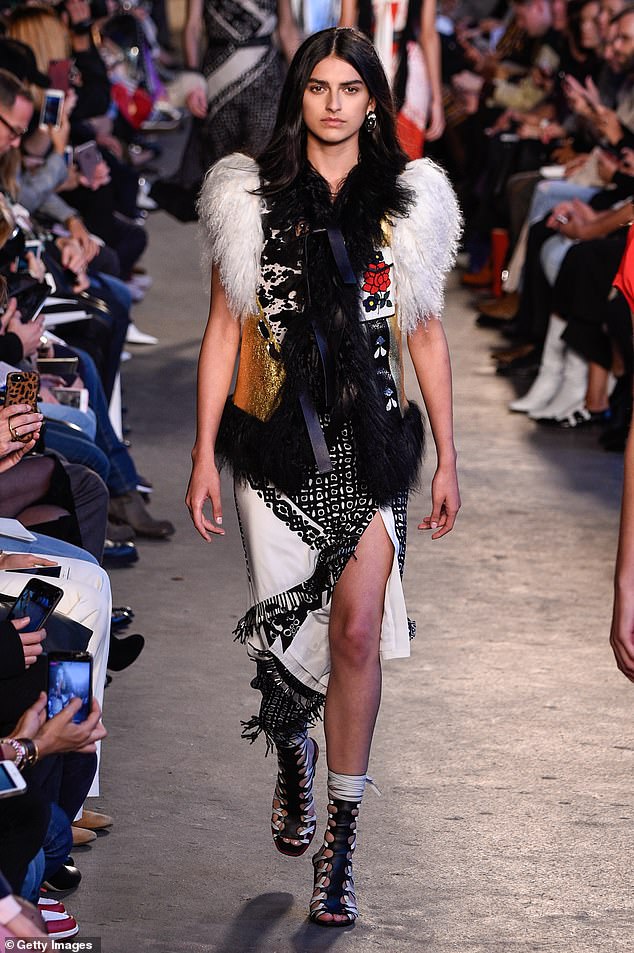 Walk this way: The catwalk queen worked at Domino’s Pizza before getting her big break in modeling 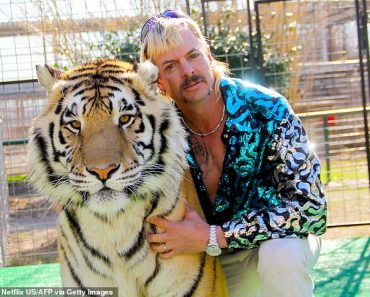 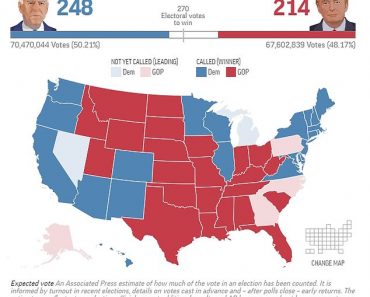 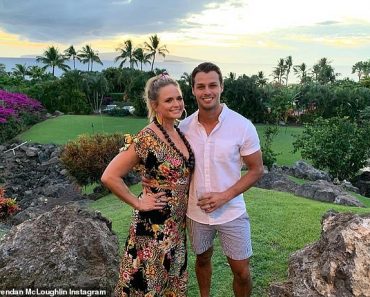 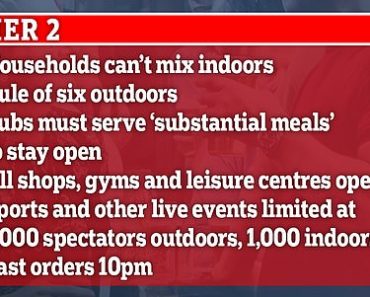 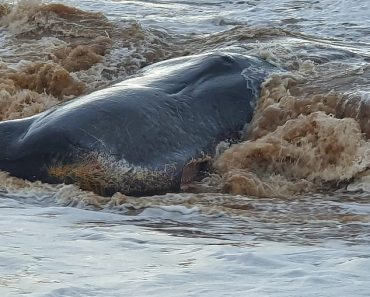