Lily James returned to work on Tuesday for the first time since she was seen kissing and cuddling married actor Dominic West back in October.

The screen star, 31, who has rarely been seen in public since the images of her and Dominic, 51, emerged, stood out in a bright yellow jacket as filming for new romantic comedy What’s Love Got To Do With It got underway in London.

While details about the upcoming film are being kept under wraps, the movie, written and produced by Jemima Khan, is reportedly based on a cross-cultural rom-com set between the English capital and South Asia.

Scandal: The screen star has rarely been seen in public since images emerged showing her and Dominic, 51, enjoying an al fresco lunch in Rome back in October

Lily has kept a low-profile since she became the subject of worldwide scrutiny when images emerged showing her and Dominic enjoying an al fresco lunch with their mutual agent, Angharad Wood.

They enjoyed a two-day vacation in Italy where they were seen riding on a scooter through Rome, and Dominic appeared to at one point lean over and kiss Lily’s neck.

A source told MailOnline the thespians spent two nights in a suite at the top Hotel De La Ville with a panoramic view over the city and just at two minutes walk from the Spanish steps. 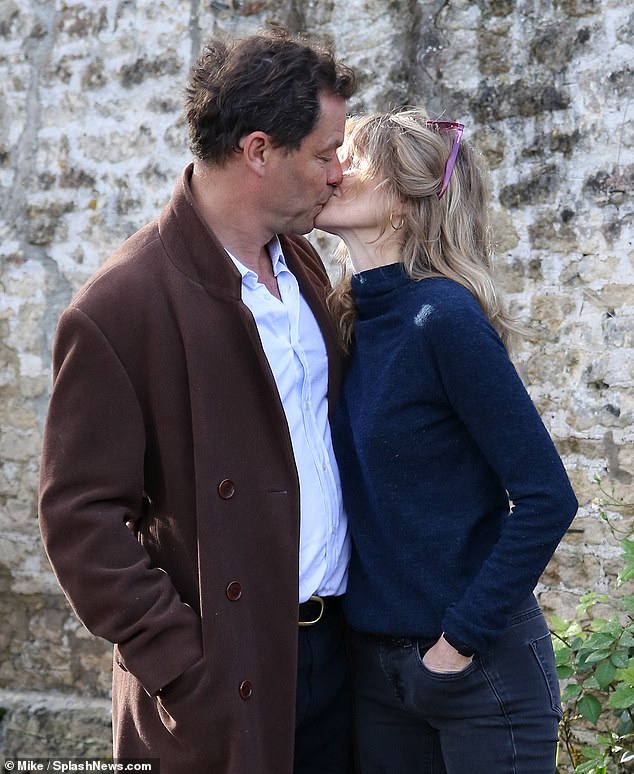 ‘We’re very much still together’: Days later, the thespian defended his marriage to wife Catherine FitzGerald (pictured during a photo opportunity outside their Wiltshire home)

Just days later, Dominic defiantly defended his marriage to wife Catherine FitzGerald, with the pair staging a photo opportunity outside their Wiltshire home and telling reporters: ‘Our marriage is strong and we’re very much still together.’

TV and film star Lily previously dated The Crown star Matt Smith, 38, on and off for five years, with the relationship said to be over just weeks before she was pictured with Dominic.

The brunette has raised eyebrows in the past by forging close friendships with her co-stars in recent productions – Armie Hammer in Rebecca and Dominic in BBC drama The Pursuit Of Love. 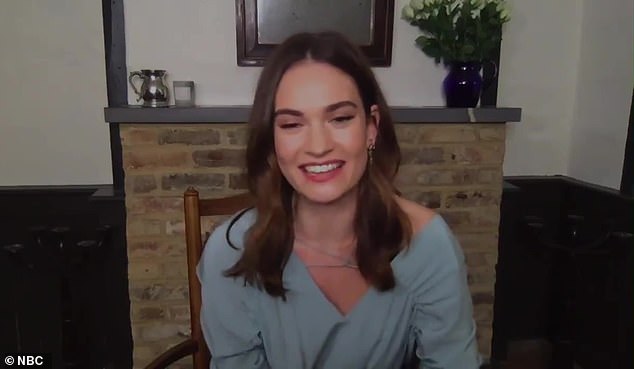 The show must go on: The Surrey native made her first TV appearance following the controversy on the Jimmy Fallon show

Lily has also been hit with claims that she grew close to her married Rebecca co-star Armie, with their alleged off-camera chemistry prompting gossip on the set that they had become an item.

After the emergence of the lunch images, the stage star pulled out of a series of promotional appearances to plug Rebecca and has remained silent on the scandal ever since.

The media personality also cancelled interviews with the Today show in America and an episode of The Graham Norton Show.

The Surrey native made her first TV appearance following the controversy on the Jimmy Fallon show without co-star Armie to discuss their film, while addressing  Mamma Mia 3! rumours.

However broadcaster Jimmy, 46, did not broach the scandalous subject about Dominic.

In The Pursuit Of Love, Dominic appears as the bullying and eccentric Uncle Matthew.

In an interview with The Guardian conducted before the dalliance in Italy, Lily said she had known her co-star for ‘a really long time’ since they appeared together in a Shakespeare play a decade ago.

Speaking of his role in their latest venture, the Cinderella star added: ‘He’s a brilliant Uncle Matthew, another mad sort of character.

‘I have a great line in it where I say, “Matthew is frightening and I disapprove of him, but I feel he sets the bar for English manhood.” What a great line.’ 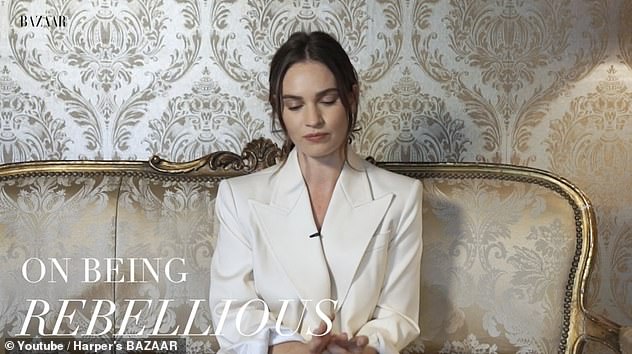 Awkward! The media personality’s oddly-timed remarks about ‘making mistakes’, ‘affairs’ and her ‘rebellious streak’ also emerged in the wake of her scandal with Dominic

It was reported last month that Dominic’s wife Catherine has held crisis talks with her family over the future of her marriage.

Landscaper Catherine, 49, was said to have been left devastated when the images emerged, yet two days later, the couple defended their marriage in a smug photo opportunity outside their Wiltshire home.

Despite their display, insiders claimed Catherine, who shares four children with the actor, travelled to her home in County Limerick, Ireland, where she was deciding the future of her marriage. 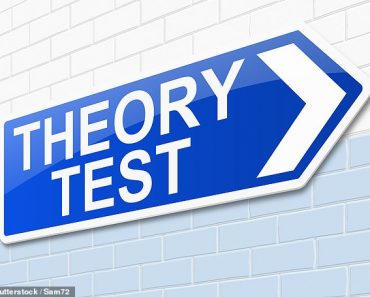 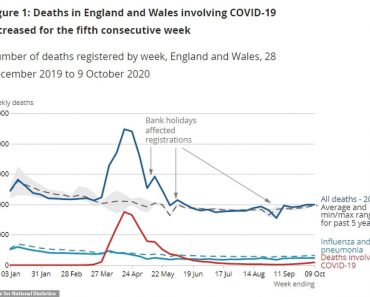 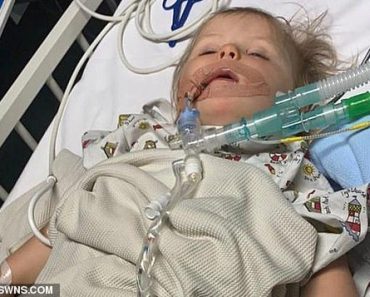