She never fails to command attention whenever she steps out.

And Dua Lipa again showcased her bold sense of style as she rocked a striped pink and black jumper while taking a stroll in New York City on Saturday.

The singer, 25, appeared to be in good spirits as she covered up her toned frame in a pair of baggy jeans which hung off her waist and flashed a glimpse at her midriff.

Fashion:  Dua Lipa cut a stylish figure as she rocked a striped pink and black jumper while taking a stroll in New York City on Saturday

Dua cut a fashionable figure in her comfortable ensemble which she paired with a small black shoulder bag with a leather strap and some brown boots.

She wore her dark locks down and styled into gentle curls, pushing one side of her tresses behind an ear while the rest were pinned under her colourful scarf.

Not forgetting her makeup, the beauty added a touch of glittering gold eyeshadow and covered the rest of her visage with a black face mask. 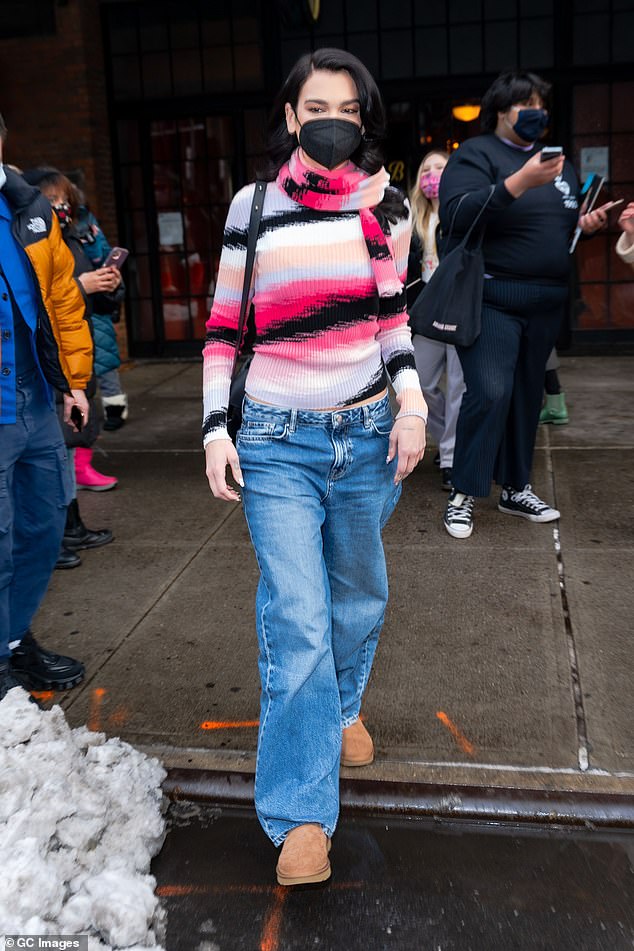 Bright: The singer, 25, looked fantastic in a multi-coloured jumper with hues of pink, black and peach

The beauty has been making the most of her time in NYC and has been spotted on several strolls as well as posing in front of the Rockefeller Christmas Tree.

December has been a busy month for the star, with her performing at a warehouse in the UK for her Studio 2054 virtual gig.

She was joined by a number of guest performers during the event including Kylie Minogue, Elton John, FKA twigs, Bad Bunny and Miley Cyrus. The show broke online records, with five million views.

Dua also put on show-stopping performance as she sang a stripped-down rendition of track, Boys Will Be Boys, at the virtual Billboard Women in Music event last week.

Comfort first: She paired the bold top with some baggy jeans and a pair of brown boots 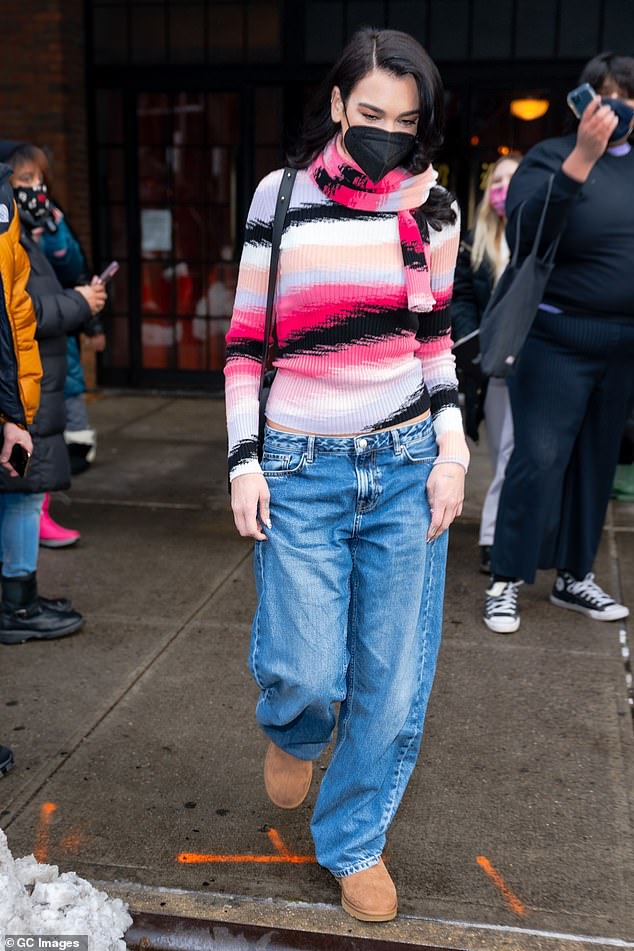 Looking good: Dua wore her dark locks down, with one side of her tresses tucked behind her ear

As she opened the 2020 show last Thursday, the singer impressed viewers with her vocals as she was accompanied by a string quartet.

Standing on a nearly empty stage, she swayed around with a microphone and belted out a powerful chorus, which tackled sexual harassment and women’s experiences with toxic male behaviour.

‘Boys will be, boys will be boys/ but girls will be women,’ she crooned as the silhouettes of her orchestra occasionally flashed on the screen.

The British star, whose album Future Nostalgia is nominated for the 2021 Grammy Awards’ coveted Album Of The Year prize, later took home the Powerhouse Award. 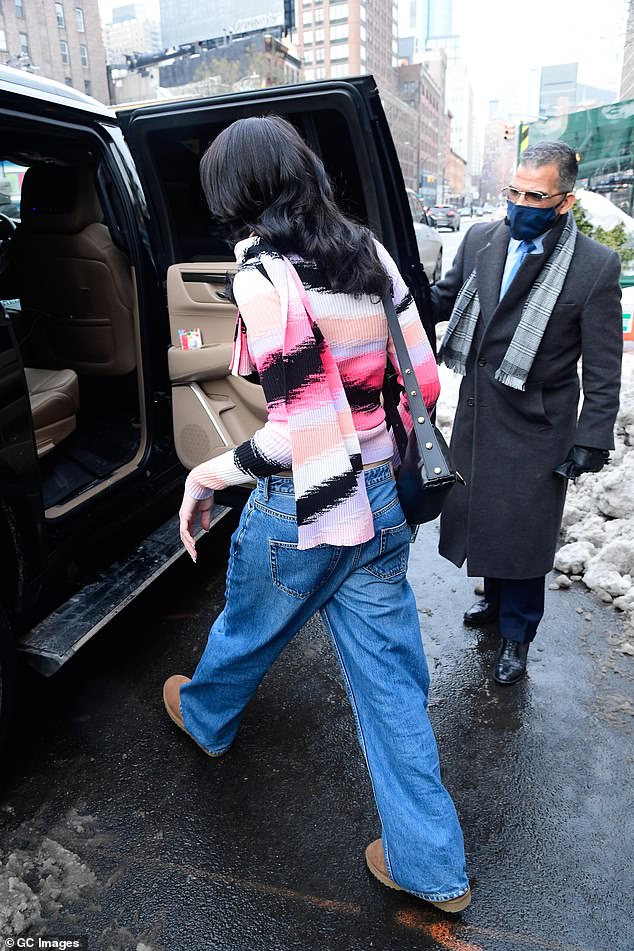 Off she goes: The beauty let her scarf float down her back, blending in with her matching top 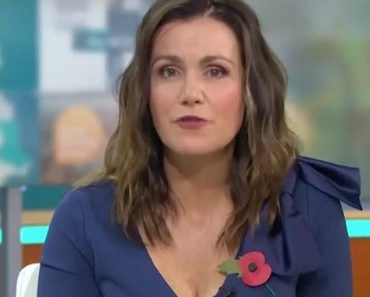 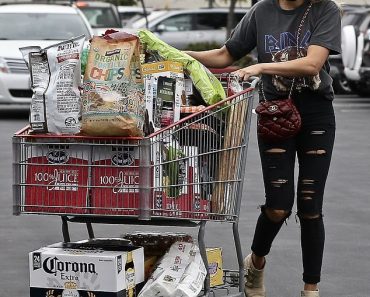 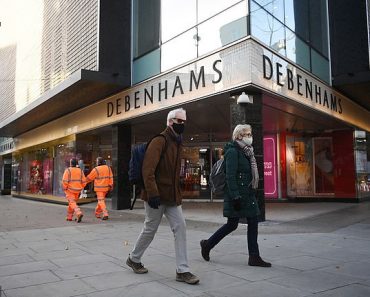 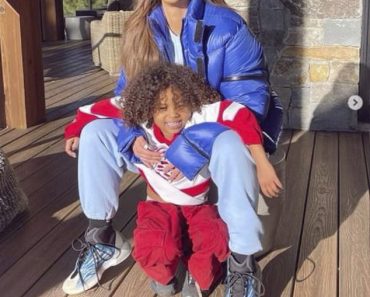 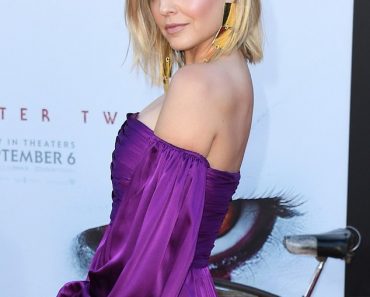 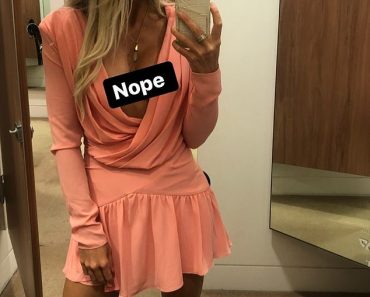