‘I’m not a West End star like you’: Holly Willoughby and Phillip Schofield collapse in hysterical laughter over her shrill singing in Dancing On Ice promo

They’re set to host the new series of Dancing On Ice in the new year – and Holly Willoughby and Phillip Schofield collapsed in hysterical giggles during a new promo.

The pair were dressed to the nines to sing a Christmas carol for their fans and selected Ding Dong Merrily On High.

Holly, 39, wore a semi-sheer cream dress with gold tinsel around her neck and antlers and Phillip, 58, wore a black suit, with tinsel and elf ears.

‘I’m not a West End star like you’: Holly Willoughby and Phillip Schofield collapsed in hysterical laughter over her shrill singing in a new Dancing On Ice promo 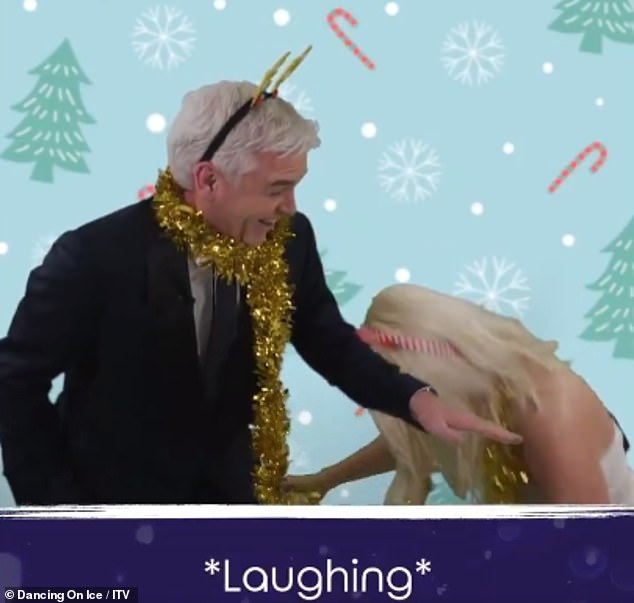 Oh no! Holly could barely stand after shocking over trying to hit the high notes

‘It’s time to murder another carol,’ Phil said ahead of their performance.

Holly replied: ‘Don’t say that, I actually think this is the moment you’ve secretly been looking forward to.

‘I’ve been practising, I’ve been warming up my vocal chords.’

‘When did you practise?’ Phillip asked. 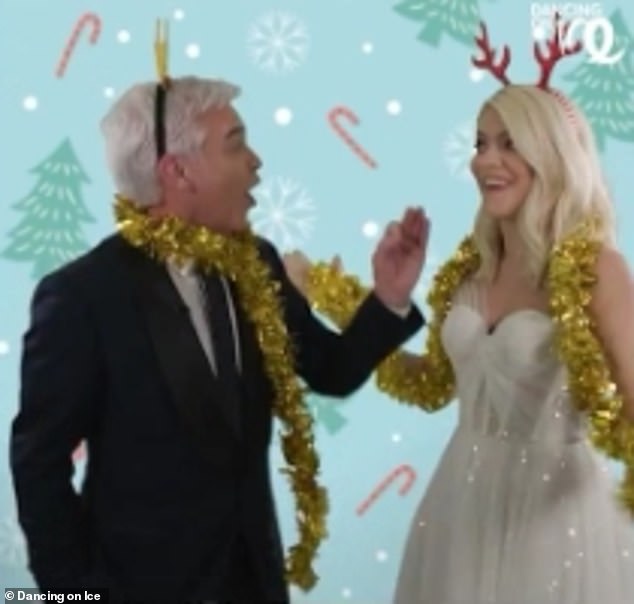 ‘I’ve been practising, I’ve been warming up my vocal chords’ Holly had said ahead of the performance 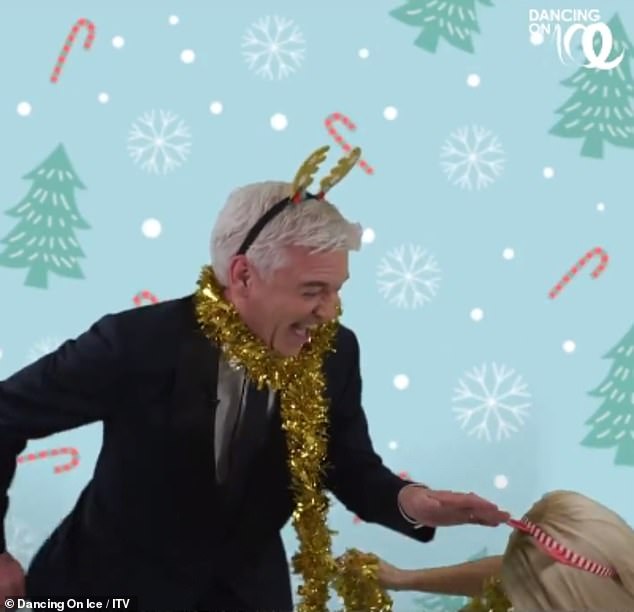 He’s lost it: Phillip, wearing a suit and tinsel, really struggled to hold it together

‘A year in lockdown, that’s what I’ve been up to… there is one bit in the song which I am really going to work up, and I think the best thing to do is just go for it.’

As they were about to start, Phillip’s phone alerted him that someone was at his home and he wondered if it was Santa.

Clearing her throat, Holly said: ‘I really don’t know the words to it, but let’s go.’

They then spent some time debating which key to sing in. 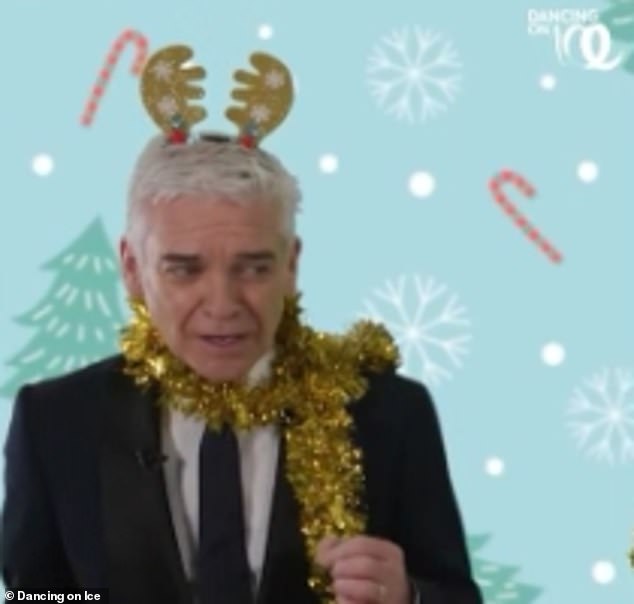 Sassy: Phillip’s face said it all as Holly began to belt out some notes 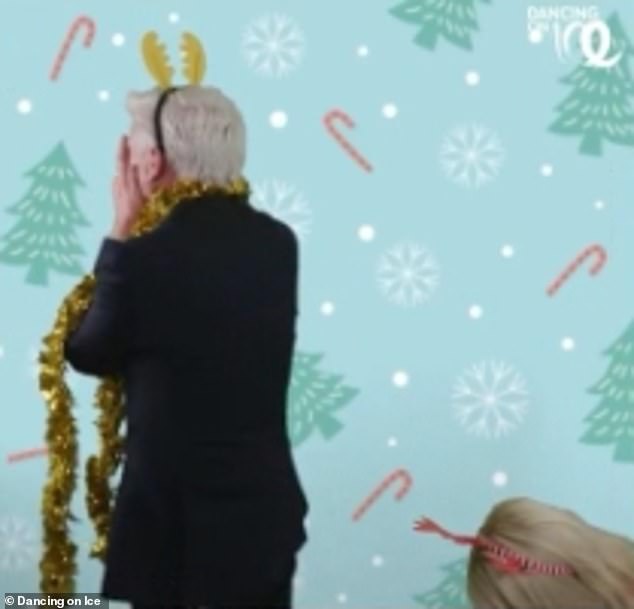 Too much: He had to take himself off for a moment to try and compose himself while Holly remained on the floor

‘You’re overthinking it,’ she said. ‘Just go with what your body wants to give you.

‘You know, I’m not a West End star like you, but I can just naturally put these notes out of the bag.’

Then breaking into song, Holly sang the difficult ‘Gl-o-o-o-o–o-o-ria’ section, leading both herself and Phillip to bend over laughing.

Phillip was so staggered by Holly’s singing that he couldn’t contain his emotions and Holly sank down to the floor laughing.

‘Who am I trying to kid?’ Holly concluded. 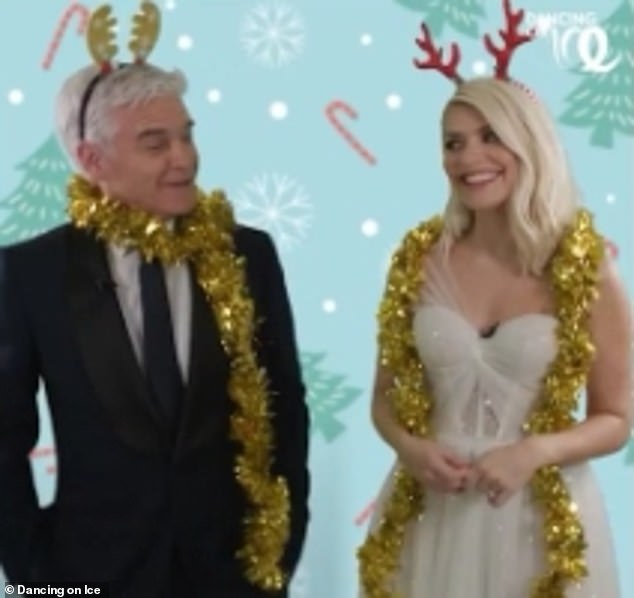 Holly said: ‘You know, I’m not a West End star like you, but I can just naturally put these notes out of the bag’ 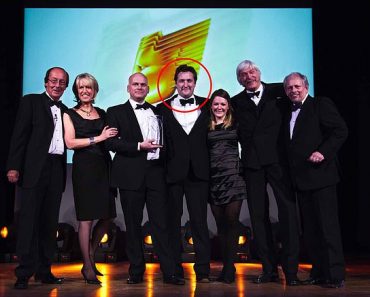 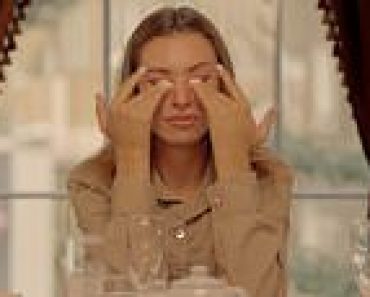 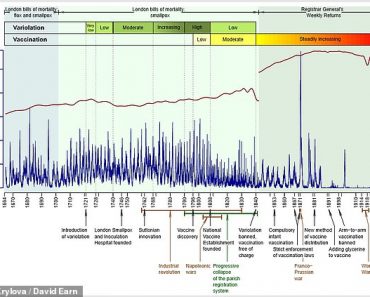 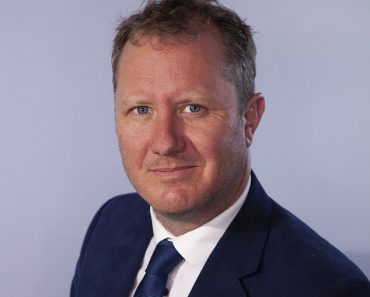 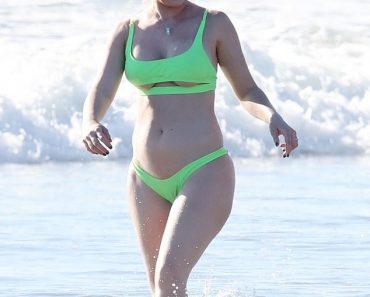