Recommended by Barack Obama, and starring Jamie Foxx, Soul is not only sweet and funny but also the first Pixar film with a black leading character

By Matthew Bond for Event Magazine

One Night In Miami

We Can Be Heroes

Pixar’s latest release, Soul, comes recommended by Barack Obama, no less, the first black President of the US fully aware of the cultural significance of it being the first Pixar film to feature a black leading character.

That’s Joe – brought beautifully to life by the voice of Jamie Foxx – a New York middle-school teacher trying to imbue his reluctant school band with a love for the jazz music he would have liked as a career.

We can see Joe’s a brilliant pianist but his chance has surely gone. And then his phone rings. The great saxophonist Dorothea Williams, voiced by Angela Bassett, is in need of a keyboard player. Which really isn’t the moment for Joe to fall down an open manhole and, maybe, die. 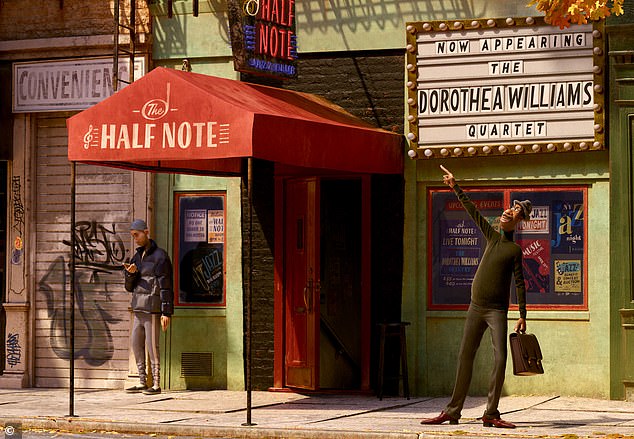 Pixar’s latest release, Soul, is its first to feature a black leading character. That’s Joe (above) – brought beautifully to life by the voice of Jamie Foxx – a jazz-loving middle-school teacher

Suddenly, the whole style of the film shifts as Joe finds himself heading towards ‘the great beyond’, before wrenching himself away to ‘the great before’, mentoring souls who haven’t even been born yet. A particularly jaded soul 22 – an on-form Tina Fey – has yet to find her ‘spark’ or ‘purpose’.

There are obvious parallels to Coco and Inside Out, but Soul does an impressive job of finding its own sweet, funny and, at times, even quite challenging way.

There’s an awards buzz building around One Night In Miami, which sees playwright Kemp Powers (who also co-wrote Soul) adapting his own play about a night in Miami that never took place.

Yes, the then Cassius Clay did beat Sonny Liston in February 1964, but he didn’t meet up afterwards with Malcolm X, Sam Cooke and American football legend Jim Brown to discuss racism and black American politics. You’re left admiring the acting but wondering how much the wordy subject matter will mean to British audiences.

At the beginning of the century, the prolific film-maker Robert Rodriguez created the popular Spy Kids franchise. Now he’s clearly hoping to do the same again with We Can Be Heroes, only this time with the children of superheroes, rather than spies, taking centre stage. It’s a bit like a live-action version of The Incredibles but surprisingly good fun.