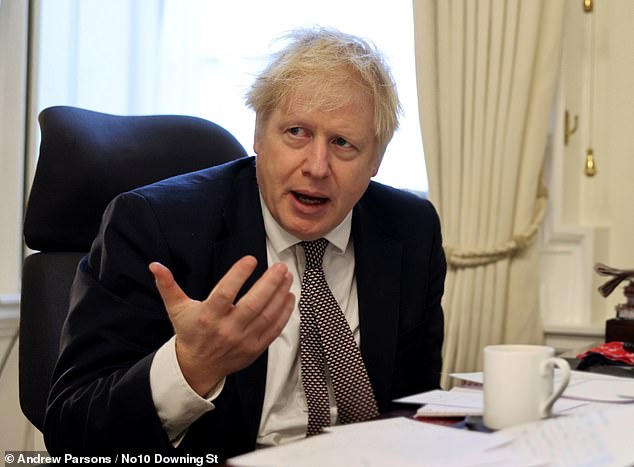 You look as fresh as a daisy for someone who’s spent the night counting fish,’ Boris Johnson joked to Ursula von der Leyen as he began the tele-conference that finally brought Britain’s Brexit purgatory to an end.

The Prime Minister’s ability to strike up an unlikely rapport with the daughter of one of the EU’s founding civil servants was, I’m told, one of the keys to unlocking a deal.

‘It was a critical relationship,’ a No 10 official revealed. ‘We were close to walking away three or four times, but she made real efforts to understand where we were. She’s very impressive.’

One Minister told me we’ll have to wait 40 years to properly assess the impact of the Christmas Truce hammered out over cold pizza in the bowels of the Berlaymont.

The Prime Minister’s ability to strike up an unlikely rapport with the daughter of one of the EU’s founding civil servants was, I’m told, one of the keys to unlocking a deal

But as the fine-print of fishing quotas and ratchet clauses is parsed, one judgment can already be made. This deal is a personal and political triumph for Boris Johnson. And he is the only person who could have delivered it.

To understand the scale of the Prime Minister’s success, it’s necessary to understand where he failed. From the outset he misjudged the European Union. The long-predicted crumbling of the EU’s negotiating stance never occurred. There were no major splits between Macron, Merkel and Barnier. They hung tough till the end.

He also squandered an opportunity at the start of the year to deliver a deal on his terms. Soon after Covid struck, I spoke to a leading Eurosceptic Minister. ‘We need to do a deal now,’ he told me.

‘We can’t pile No Deal on top of all this.’ But the last-minute brinkmanship played into the EU’s hands. Despite Boris’s public insistence that No Deal would be ‘wonderful’, it became clear to those inside and outside Government that he had concluded – after pressure from Michael Gove and Rishi Sunak – a deal had to be done. 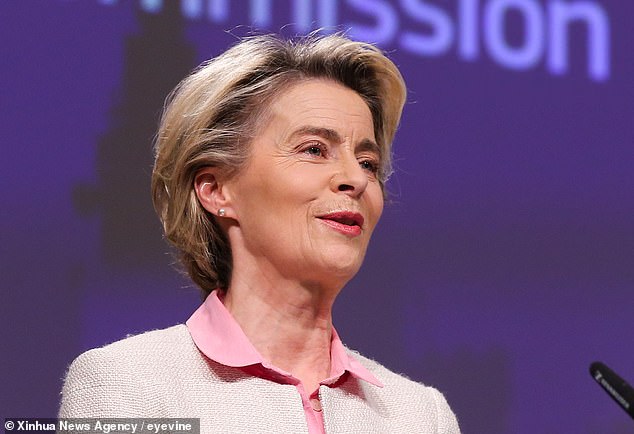 You look as fresh as a daisy for someone who’s spent the night counting fish,’ Boris Johnson joked to Ursula von der Leyen as he began the tele-conference that finally brought Britain’s Brexit purgatory to an end

The result was that it was the UK, not the EU, that made the bulk of the significant concessions.

On fishing, British demands for an 80 per cent reduction in EU quotas was cut to 25 per cent. For all the argument about regulatory independence, there will be continuing close alignment on standards. And the trade border down the Irish Sea – once unthinkable to members of the Conservative and Unionist Party – will be constructed, and policed by EU officials based in Northern Ireland.

THIS reality was quickly seized upon by a profane Remain/Brexit alliance. ‘It sounds like the British team have dropped the ball before the line. No wonder they want a Christmas Eve announcement to hide the fisheries sell-out,’ frothed Nigel Farage.

‘Johnson looks set to announce the worst trade reduction treaty in modern history – all its terms of trade will be worse than the membership of the European Union it replaces,’ wailed Andrew Adonis.

But a close analysis of the barbs hurled at Boris reveals the full extent of what he’s achieved.

Take, for example, the critique that has assailed him since the start of his Brexit adventure – that this whole thing was nothing more than a vanity project, a vehicle to advance his personal ambition. Well, if it was, it’s been staggeringly successful.

Over the past four and a half years, there have been three occasions when Boris felt the heavy hand of political history resting on his shoulder. Over whether to back Brexit. Over whether to resign from the Cabinet in the wake of Chequers. And over whether to finally break the Brexit deadlock by calling a General Election.

On each occasion, the call he made was the correct one. Yes, they delivered him the keys to Downing Street. But they also put him in a position where he could deliver a resolution to the issue that has divided his party and country for the best part of 40 years.

Tony Blair tried to consign Brexit to the scrapheap. David Cameron attempted to tame it. Theresa May sought to leverage it. Boris Johnson has finally succeeded where each of them failed.

Another favoured critique is that Boris is simply out of his depth. He has insufficient gravitas, or attention to detail. Having yearned to become a Prime Minister in the mould of his hero Winston Churchill, he is really nothing more than a foppish Neville Chamberlain.

The events of the past week have rebuffed – if not silenced – these doubters. Remember what we were told. That a trade deal of this magnitude could not be negotiated in less than ten years. That Boris was a prisoner of his party, and the interests of the nation would come a poor second to the entreaties of Bill Cash and Mark Francois. That the only way of resolving the Brexit deadlock would be to take the issue out of the hands of the politicians, tell the voters to pull themselves together, and re-run the referendum.

The fact is, Boris delivered. In the midst of a global pandemic, with the political capital he earned last December draining away, estranged from the aides who masterminded the Brexit and Election victories, battling the effects of long-Covid, cut adrift by Donald Trump’s unexpected election defeat, facing a unified EU, he came through.

At the moment of maximum danger, with the engine faltering and the storm clouds gathering, he found the landing zone. And he did something more fundamental. The most frequent criticism levelled at Boris is that he is a fake. He will say anything, do anything, promise anything, simply to get what he wants. Or even just to get through another day. ‘I like him but I don’t believe a word he says to me,’ a friend told me a few weeks ago. 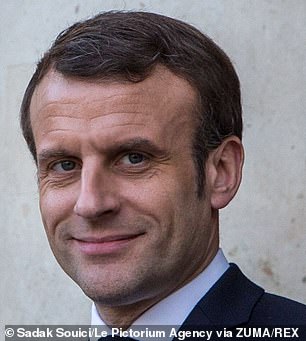 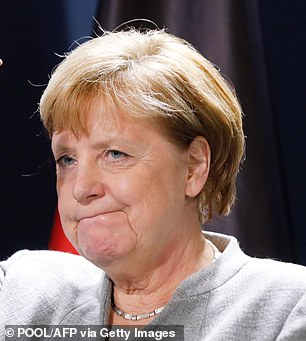 From the outset he misjudged the European Union. The long-predicted crumbling of the EU’s negotiating stance never occurred. There were no major splits between Macron, Merkel and Barnier

‘Remember that “oven-ready” deal?’ they have been taunting him over the past couple of weeks. ‘He lied to you about it!’

Well, now we know. He didn’t. Boris promised the people of Britain that if they voted for him, he would get Brexit done. And he has.

Of course, even though the tortuous negotiations have finally ended, the Brexit debate will never truly be over. One downside of the avoidance of No Deal is that we have been robbed of the clarity it would have provided. We will now never know if Project Fear was real or imagined – though the images of large swathes of Kent becoming a lorry park hint at what might have been in store if Emmanuel Macron had decided to cut up rough.

Every positive from January 1 onwards will be hailed by Brexit supporters as a vindication of our decision to leave. Every stumble will be seized upon just as greedily by Remainers to repudiate it.

But as I wrote a couple of weeks ago, such points-scoring will be to miss what Brexit has actually been about. To the British people it was never a matter of cod quotas or widget alignment. It was about sending a stark, simple message to Britain’s political class: ‘See us.’

BORIS Johnson did. If Labour had ever got round to electing a leader who listened to the working men and women of Britain, rather than lecturing them, history might have been different. But it was left to a Tory Old Etonian to finally deliver on the instructions delivered in the referendum of June 2016. For once, Britain saw its Prime Minister take a step towards, not turn his back on, those who had elected him.

So Boris’s opponents will continue to hurl their barbs. And some will strike home. But last week he delivered not for himself, but for Britain. The challenge he faced was greater than that of any peacetime occupant of his office. And he proved himself equal to the task.

At a time when faith in our political leaders is in perilously short supply, he repaid the trust placed in him last December. This year has been a torrid one for Boris Johnson. But this is his finest hour.