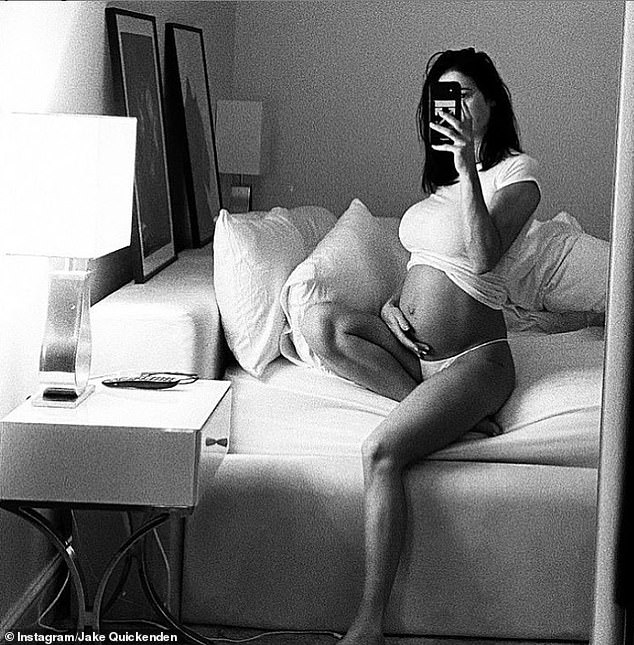 By Eve Buckland For Mailonline

Jake Quickenden’s pregnant girlfriend Sophie Church showed off her baby bump in a sweet snap on Sunday, as she reached 30 weeks.

The former X Factor contestant, 32, said he was ‘so proud’ of his partner as he counted down the weeks until he becomes a father.

In the photo, Sophie cradled her blossoming bump as she posed in a white tee and underwear while in bed. 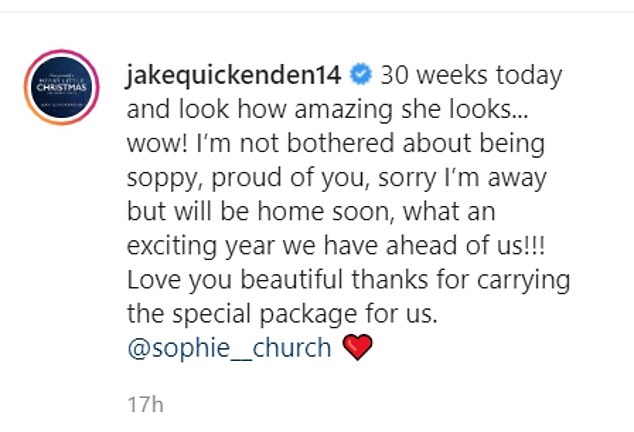 Cute: Jake Quickenden’s pregnant girlfriend Sophie Church showed off her baby bump in a sweet snap on Sunday, as she reached 30 weeks

Jake captioned the snap:: ’30 weeks today and look how amazing she looks… wow!

‘I’m not bothered about being soppy, proud of you, sorry I’m away but will be home soon, what an exciting year we have ahead of us!!! Love you beautiful thanks for carrying the special package for us.

Jake and Sophie announced they were expecting their first child together in Hello! magazine earlier this year.

The singer and Dancing On Ice winner enthused he’s ‘so excited’ to become a dad after embarking on a relationship with his partner, 27, two years ago. 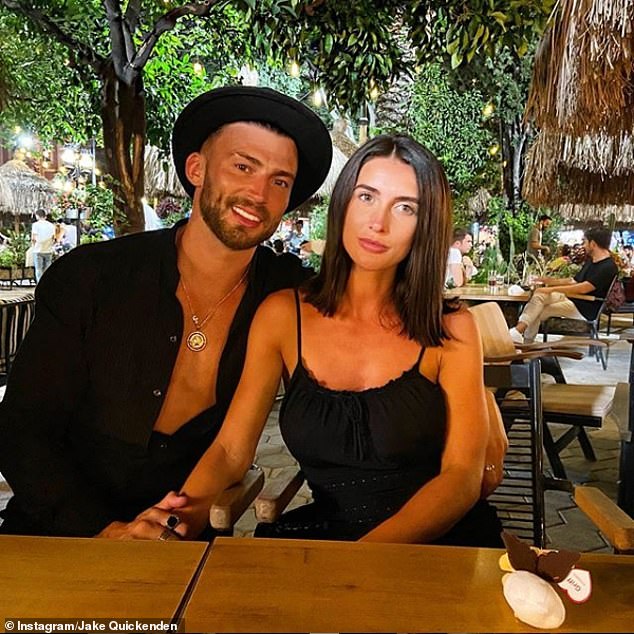 Happy couple: The former X Factor contestant, 32, said he was ‘so proud’ of his partner as he counted down the weeks until he becomes a father

Sophie is already mum to her little boy Freddie and Jake admitted he has now ‘got used’ to being around her son, and tries to be a ‘friend’ to him.

Explaining how they told him he was set to be a big brother, Sophie said: ‘We wrote Freddie a card and put love baby, he was like “who’s baby? how has a baby written a card?” now really he’s good, asks about baby everyday and we tell him to be good as the baby can hear everything he does.’

The couple also revealed they don’t intend on finding out the gender of their baby but they are already discussing name options for both sexes.

The sweet photo comes as Jake’s ex-fiancee Danielle Fogarty revealed she’s expecting her first child with fiancé Ross Worswick on Christmas Eve, with a sweet snap of the couple displaying their baby’s ultrasound.

Danielle’s baby news comes just two months after she told fans her boyfriend Ross had proposed during a romantic getaway to Dubai. 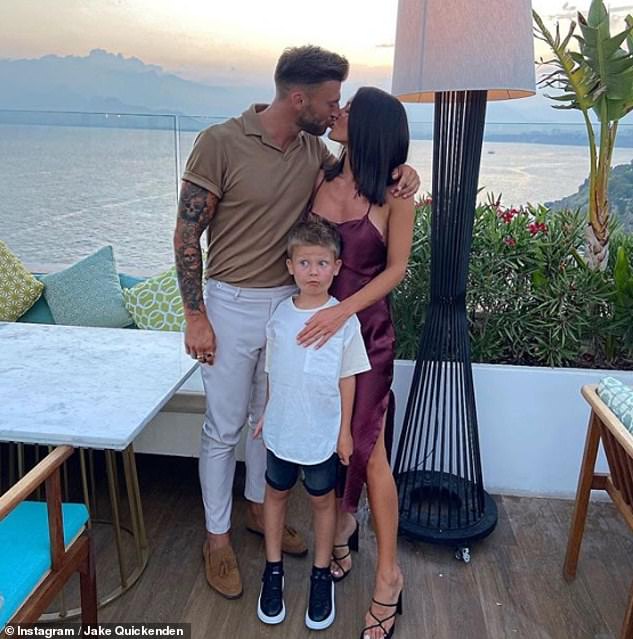 Danielle and Ross couldn’t hide their joy as they shared the festive image, alongside the caption: ‘Mine, yours, Ours. Merry Christmas from the three of us, we can’t wait to meet you little one.’

The blonde beauty continued to share more images of her ultrasound as she gushed it was a ‘special gift’ for Christmas.

Ross also shared the same snap Danielle posted with a similar caption, but on his Stories joked: ‘No more silent nights.’

In October Danielle revealed she was engaged to her boyfriend, Ex On The Beach star Ross, after two years of dating. 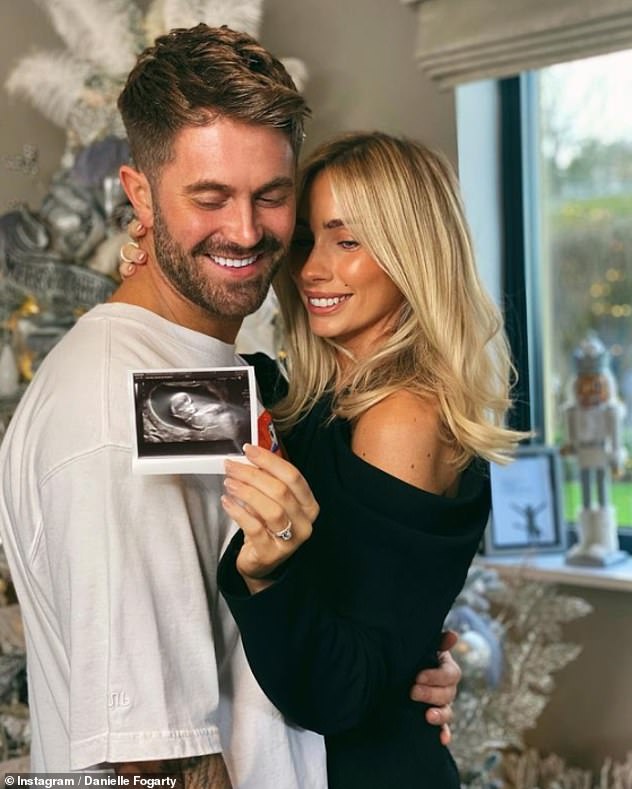 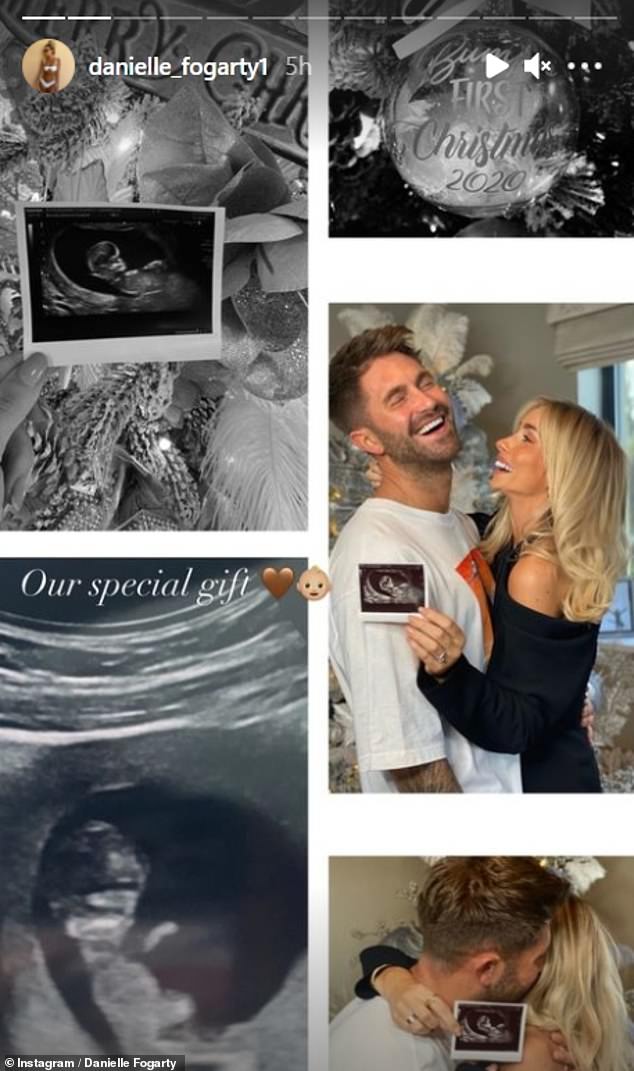 Surprise! The fashion entrepreneur revealed the delightful news with a slew of snaps of her baby’s ultrasound, and gushed she ‘couldn’t wait to meet her little one’

The blonde beauty looked radiant in a sweet selfie that showed off her dazzling engagement ring and captioned the post: ’03/10/2020 I said yes!!’.

The pair met through Danielle’s father, former World Superbike racer Carl Fogarty, who struck up a firm friendship with Jake when they appeared on I’m A Celebrity… Get Me Out Of Here! in 2012.

Jake and Danielle became friends and started dating in early 2015, before announcing their engagement in September 2017 when he popped the question on her birthday. 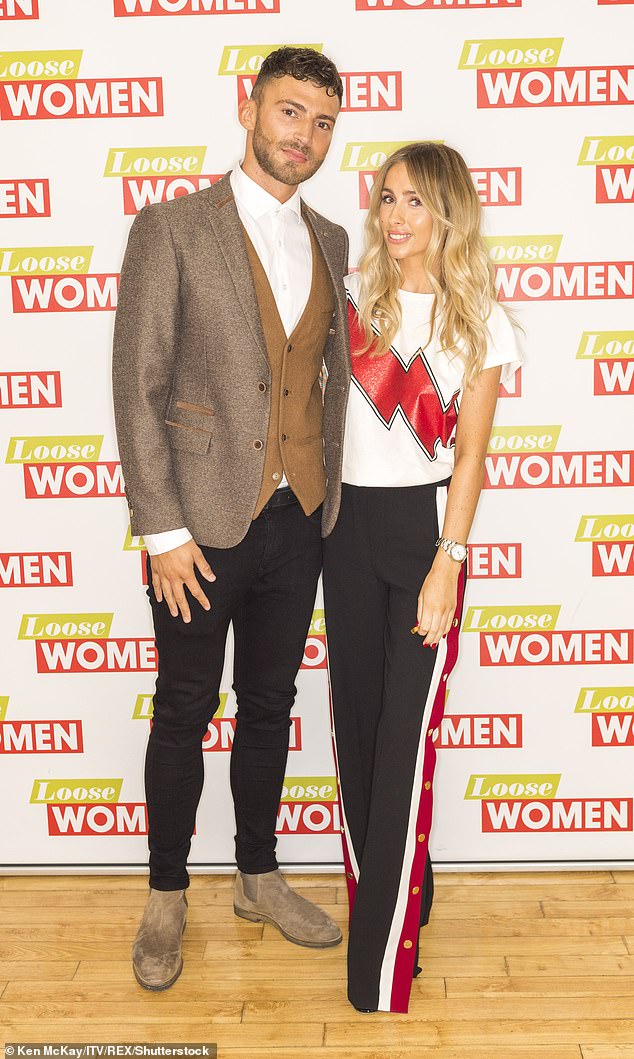