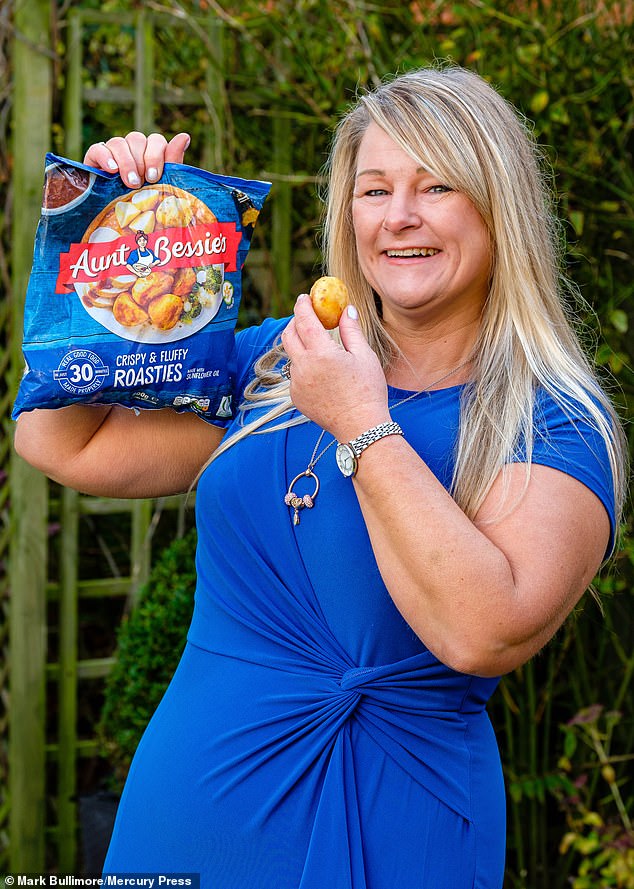 An overweight mother, 51, who was so greedy she ate roast potatoes straight from the freezer at 3am because she couldn’t wait to cook them sheds three stone.

Mandy Camish-Bailey, 51, tipped the scales at 18 stone at her heaviest when she used to gorge on 12 packets of Wotsits, a whole pack of Pringles and a pack of custard creams in just 25 minutes every other day.

The mother-of-three from Caister-on-Sea, Norfolk realised she’d hit rock bottom as she snacked on frozen roast potatoes at 3am after struggling to sleep.

Since then she has shed three stone and dropped five dress sizes – and is almost unrecognisable.

Mandy Camish-Bailey, 51, realised she’d hit rock bottom when she snacked on frozen roast potatoes at 3am

She said: ‘I felt like a drug addict with food, but I needed it three times a day to survive so I didn’t know how to solve my problems.

‘The turning point for me was when I got up one night and found that there was nothing to eat to curb my addictions, so I put a packet of roast potatoes in the oven.

‘But I couldn’t even wait for them to cook so I tried to eat them frozen – it was that bad.’

Mrs Camish-Bailey who works as a special needs assistant, has since sought help from a therapist to curb her food addiction, and began Brain Working Recursive Therapy (BWRT) – a pioneering technique that tricks the subconscious into reacting more positively to potential triggers. 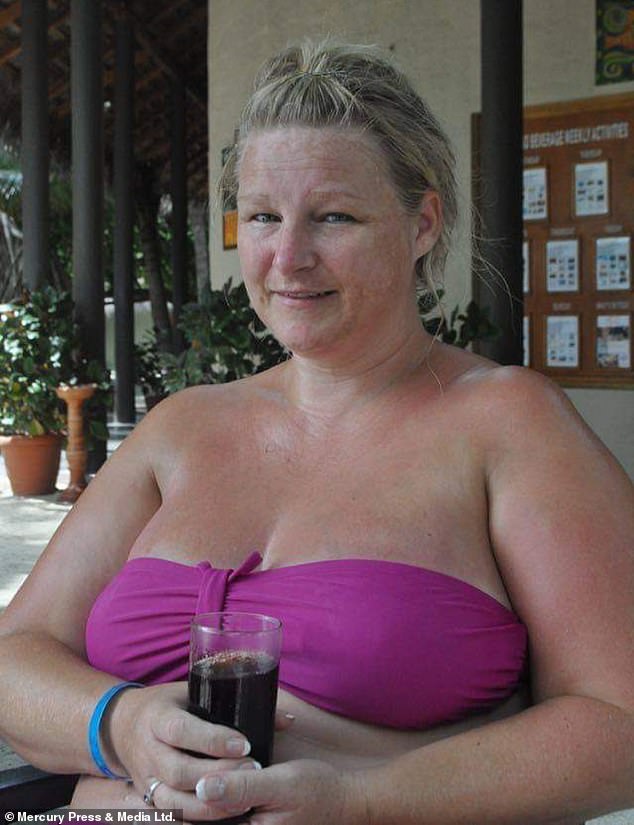 The mother-of-three was 18 stone at her heaviest when she used to gorge on 12 packets of Wotsits, a whole pack of Pringles and a pack of custard creams in just 25 minutes every other day

She added: ‘When I was stressed, I’d eat and when I had a good day, I’d eat and this was a continual cycle which I thought I’d never get out of.

‘It got to the point where I was dreaming so much about food – I’d wake up and cry because I hadn’t eaten the food I was thinking about.

‘Last year was where it came to a big peak, so I searched online and came across a BWRT coach, who helped me understand that my issues with food were a coping strategy. 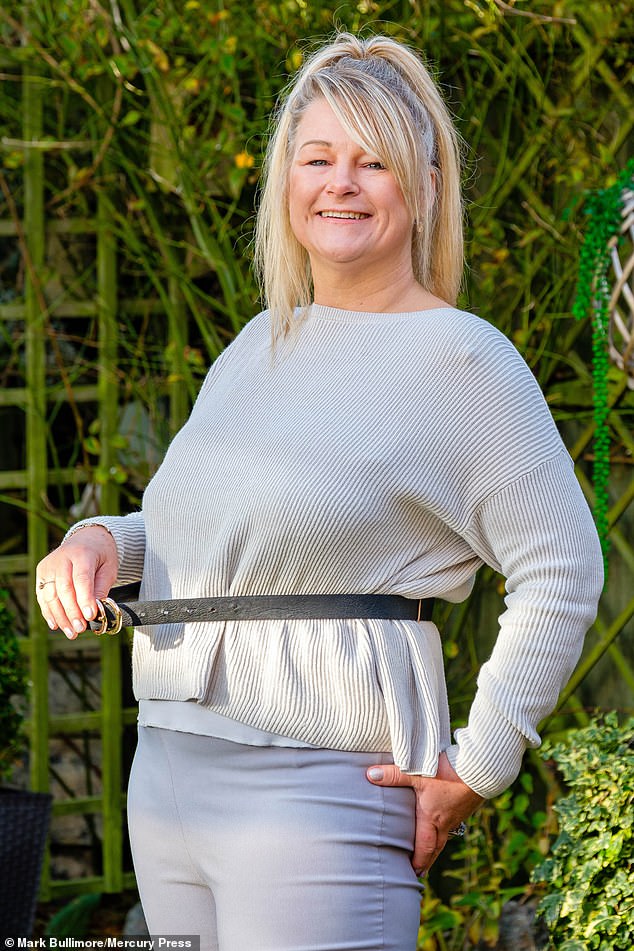 ‘I feel like my brain has been taken out, given a good dust and put back in.

‘For the first time since I was a child, I’m comfortable with being totally me.’

Mandy says she has always struggled with her weight, but hit breaking point after different dieting plans failed to work.

In 2018, her binge eating got so bad, she visited her doctor, who gave her medication to stop her stomach from absorbing fat – but she longed for more help.

After searching the internet, Mandy came across a brain coach, and in just six months, she identified her eating problems were related to dealing with emotion.

Mandy’s BWRT, Anna Ferguson, said: ‘It works with our most basic part of our brain that deals with automated programmes in your body, such as eating, sleeping and breathing. 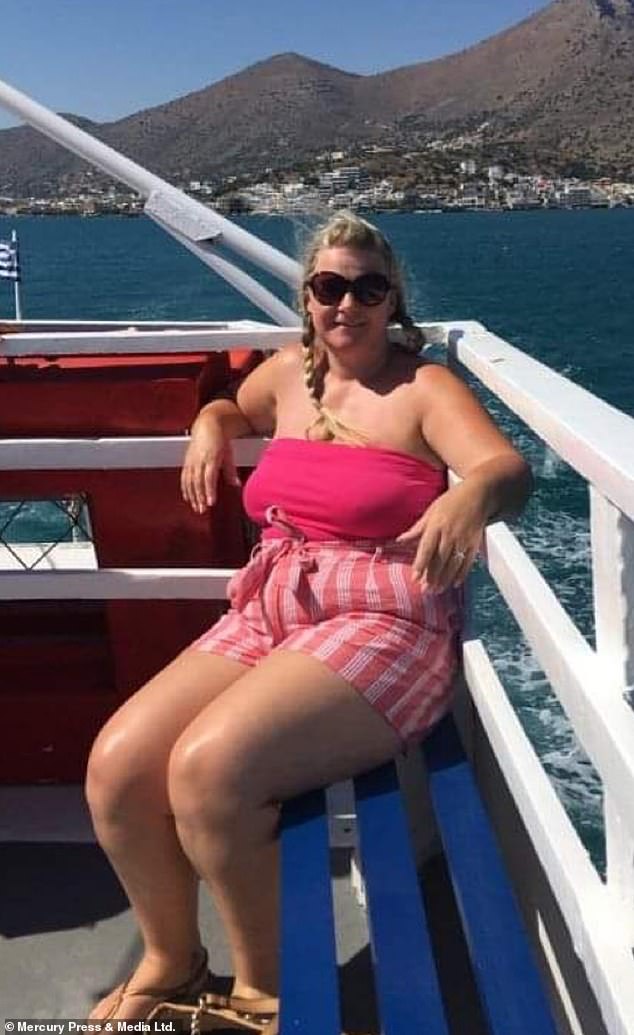 Mandy says  during stressful periods she would dream so much about food, she’d wake up  crying

‘But it’s very easy for an automated programme to get stuck in a bad way, especially with things like food, and the brain can filter through past experience to trigger a bad reaction.

‘With Mandy, she identified all kinds of reasons behind why she ate and worked with her strongest memories, so she could logically cope with her emotions.

‘Mandy took to the BWRT like a duck to water and I’m so proud of how far she’s come.’

Mandy coupled the BWRT therapy with drinking two litres of water per day and slowly getting her body moving, and has now managed to strip her mind of her eating habits.

She has now gone from a size 24 to a size 14, and plans to continue her methods to shed another two stone.

Mandy added: ‘I’ve got so much more energy now and go for a run every morning because now I want to be the healthiest I can be.

‘I had an addictive personality but I have now transformed myself to strip my mind back and work out why I do these things.

‘I’ve had to get rid of all of my old clothes and can even hula hoop in an old belt that I kept.

‘It’s absolutely changed my life and I feel like my body has been re-programmed.’