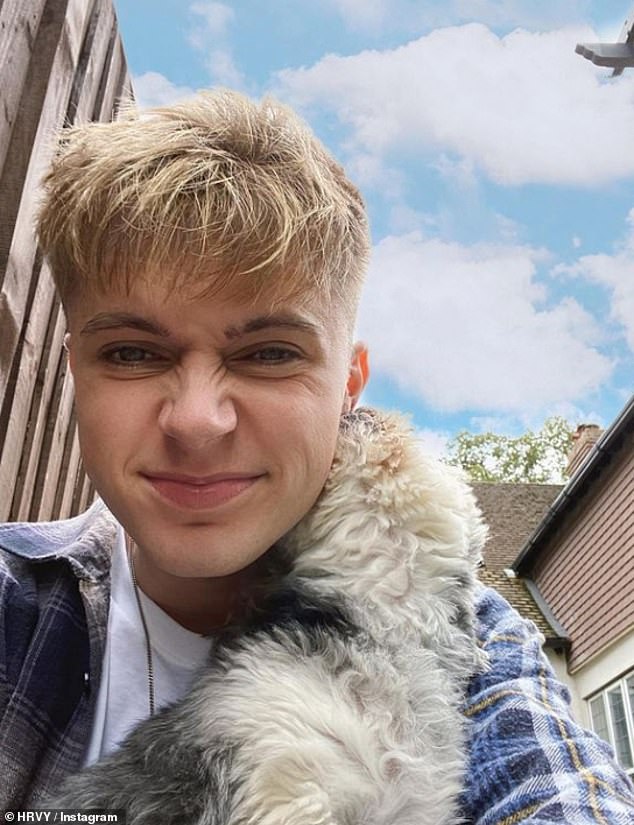 A week ago he was battling fro the glitterball trophy on Strictly Come Dancing.

But having lost out to Bill Bailey in the finale, HRVY has spent the last few days reunited with his family and enjoying Christmas.

But on Sunday the influencer, 21, posted a cryptic note to Instagram saying: ‘Thinking of you all. Just taking some time away from my phone.

‘Time away’: HRVY has spent the last few days reunited with his family and enjoying Christmas – but on Sunday posted a cryptic note to Instagram 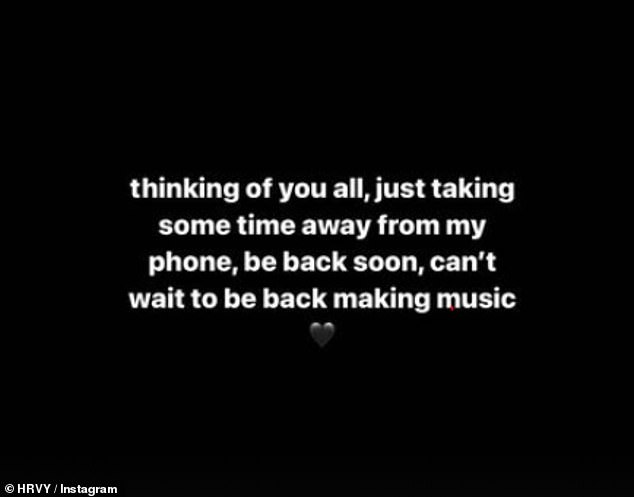 He wrote: ‘Thinking of you all. Just taking some time away from my phone’

‘Be back soon. Can’t wait to be back making music.’

This comes after it was reported that he and fellow Strictly Come Dancing finalist Maisie Smith shared their first kiss after months of backstage flirting.

Sources claim the pair shared a smooch backstage after the final last Saturday, and are reportedly hoping to meet up in the New Year if COVID-19 restrictions are relaxed.

Both Maisie, 19, and HRVY weren’t shy in sharing their interest for one another with the singer saying he’d love to take the actress on a date, and the pair were repeatedly pictured leaving the Strictly studios just minutes apart. 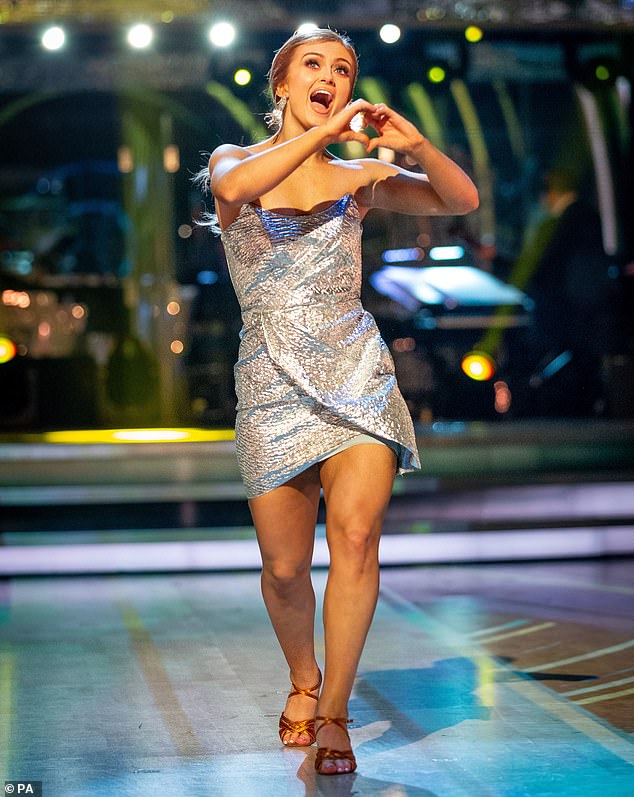 Love is in the air! Strictly Come Dancing stars Maisie Smith (pictured) and HRVY have reportedly shared their first kiss after months of backstage flirting

According to The Sun, Maisie and HRVY were seen smooching backstage in the Strictly studios after the series’ grand finale, having been unable to mix during filming due to strict social distancing measures.

A source said the pair are planning to meet up if restrictions are lifted, but could still make contact by forming a support bubble.

They said: ‘Maisie and Hrvy has been brewing for weeks. The pair are so flirty together, and genuinely have a real laugh whenever they see one another. 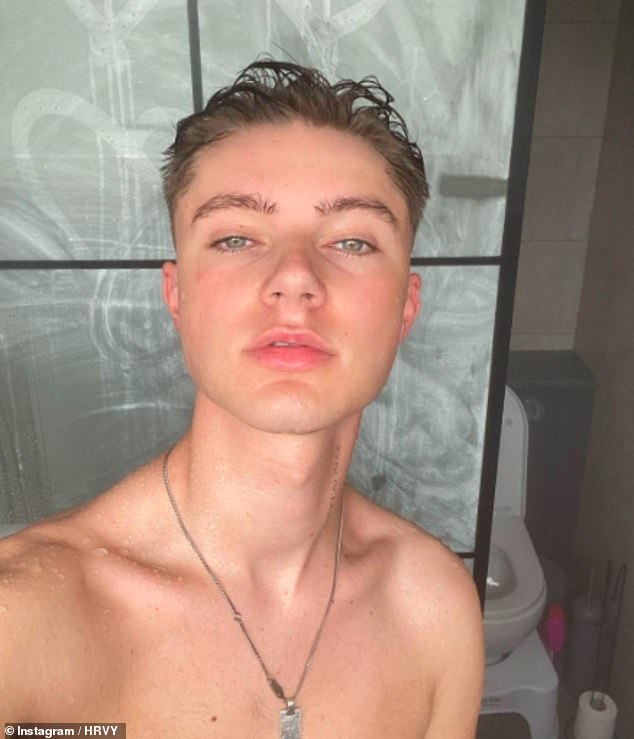 Sparks are flying! Sources claim the pair shared a smooch backstage after the final on Saturday, and are reportedly hoping to meet up in the New Year

‘But they were always really disciplined about not crossing any lines whilst the show was filming.

‘While, technically, they may not have been practising social distancing, they are both young and this was before Tier 4 restrictions came into play.’

Maisie and HRVY had been flirting since the beginning of the show, with the young heartthrob saying they will ‘definitely’ go out for a meal once the series is over. 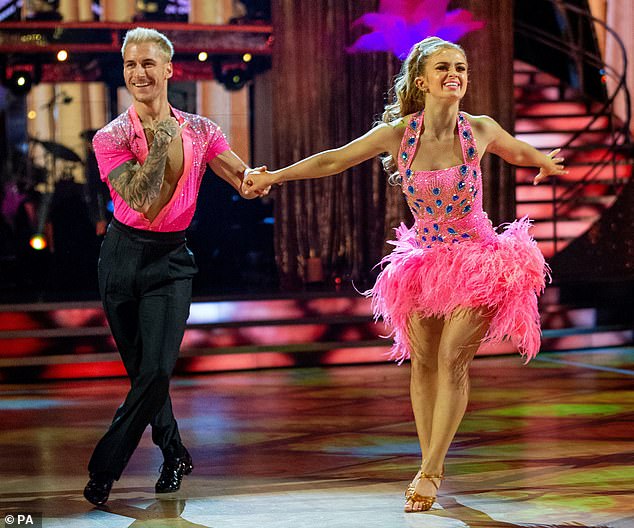 Romance? HRVY previously said he’d love to take Maisie on a date once the series ends, as social distancing measures during filming for Strictly prevented them from meeting

His mother Nicky also revealed her fondness for Maisie to The Sun On Sunday, saying: ‘Do I think there may be a chance of romance in the future? Maybe.

‘We love Maisie and can see why they both get on well. The show might. help him find love. It will be what it will be… but everybody loves a love story, don’t they?’

The singer previously dismissed rumours that he is dating his ballroom rival but said they will ‘definitely’ go out for a meal after the series.

Addressing speculation, he said: ‘Do you know what, there has been no dates yet. I’m not sure where they got the love and fun from but when this show is done I think we will definitely go out for some food somewhere, when we are allowed to.

‘But for now we are really just focusing on the dances to be fair. We haven’t really seen each other for the last couple of weeks or really any of the other contestants. Maybe possibly when the show is done.’ 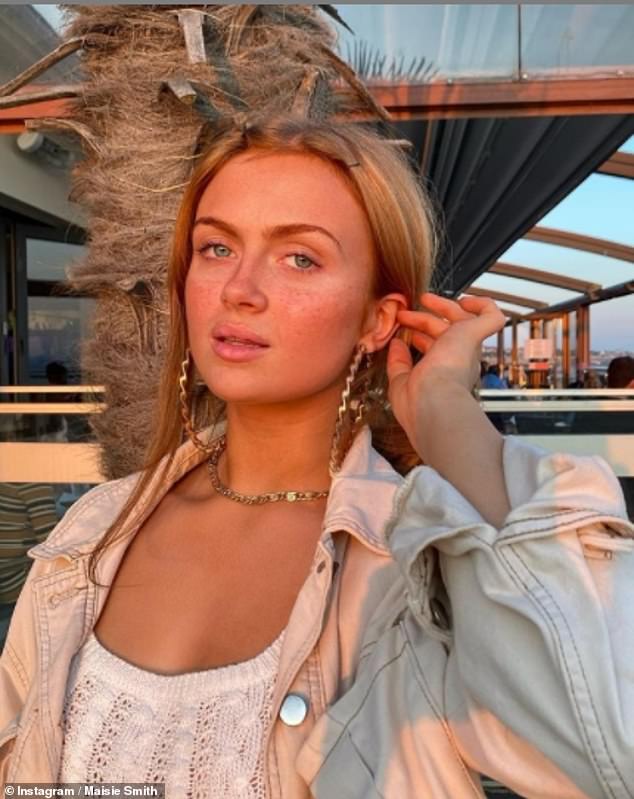 Stunning: The pair reportedly ‘cooled down their romance’ so that Maisie could concentrate on getting to the final of the show

The pair reportedly ‘cooled down their romance’ so that Maisie could concentrate on getting to the final of the show.

HRVY and Maisie were rumoured to be involved several times, with them seen leaving the studios just one minute apart on several occasions.

Maisie has also previously described the YouTuber as a ‘beautiful-looking guy’ while he declared he would like to take her out for ‘dinner’ after their run on the show.

The EastEnders star also confessed to OK! Magazine that she does enjoy flirting with the singer, but said at the time she doesn’t want to ruin the friendship they have. 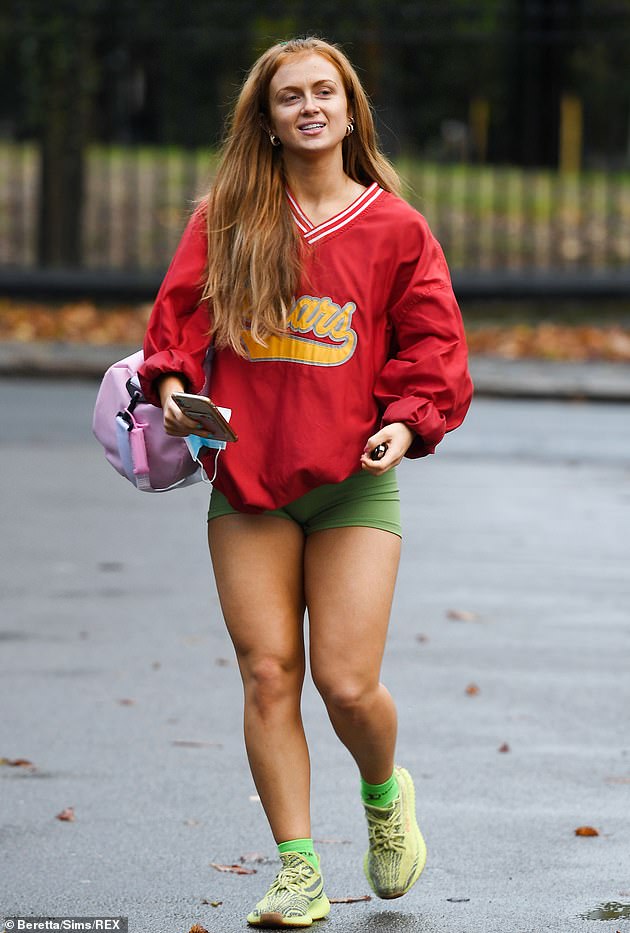 Love backstage? Maisie has also previously described the YouTuber as a ‘beautiful-looking guy’ while he declared he would like to take her out for ‘dinner’ after their run on the show

‘We get along so well – there was an instant connection between us – and I knew straight away that we would be friends. Yes, there’s been ‘flanter’ [flirty banter], but I think it’s platonic,’ she explained in the recent interview.

‘We have such a laugh and, of course, there has been a bit of flirting… but it’s been harmless! I’ve not been thinking about boys at the moment. I haven’t had time. I’ve been liking getting to know him.’

When quizzed on if she sees a romance between the pair, Maisie explained: ‘I think it would depend on how we did it. Right now… I think it’d be a ‘no’ as I love the friendship we have and I don’t want to ruin that.’