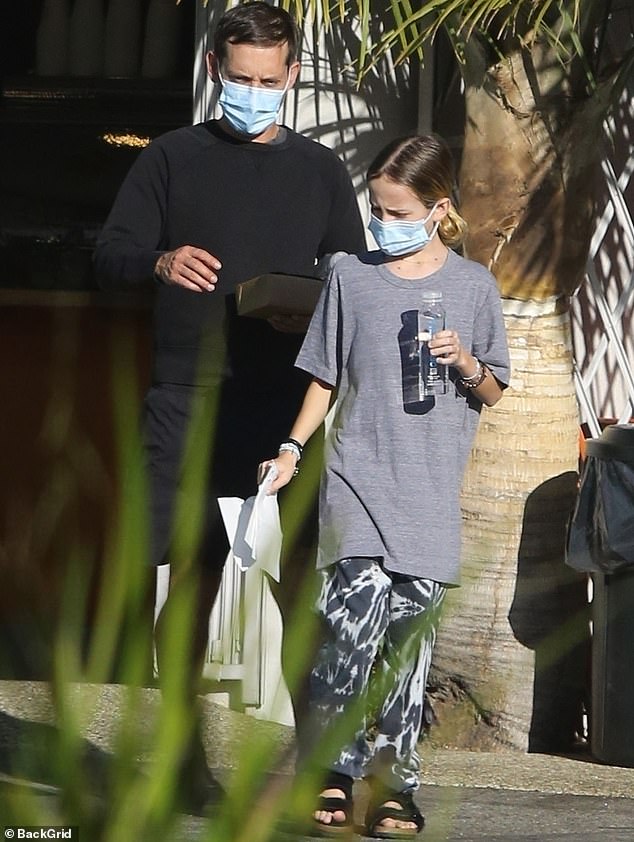 Tobey Maguire and son Otis, 11, make sure to keep their masks on as they step out for takeaway in LA

By Sameer Suri For Dailymail.com

Tobey Maguire was glimpsed in Los Angeles this Boxing Day stepping out for a bit of takeaway with his son Otis.

The Spider-Man superstar and his 11-year-old made sure to keep their masks on as they emerged from lockdown amid the coronavirus pandemic.

For his latest outing in the City Of Angels Tobey, 45, showed off his legs in a pair of shorts that matched his fitted sweater.

On the go: Tobey Maguire was glimpsed in Los Angeles this Boxing Day stepping out for a bit of takeaway with his son Otis

Jennifer and Tobey tied the knot in Hawaii in 2007 a few months after Ruby was born with his old pal Leonardo DiCaprio reportedly in attendance.

The Hollywood power couple did not last however – they separated in 2016 and Jennifer finally filed for divorce only a couple of months ago.

When their breakup first went public four years ago a People source dished: ‘They’ve been living separate lives for a while.’ 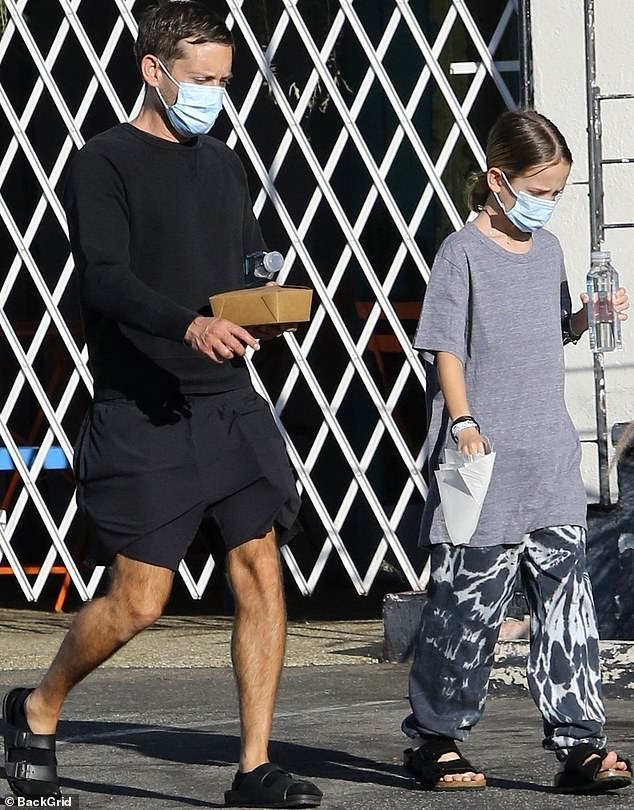 Careful: The Spider-Man superstar and his 11-year-old made sure to keep their masks on as they emerged from lockdown amid the coronavirus pandemic

According to the insider: ‘They have completely different interests and haven’t seemed to be connecting.’

The source gossiped: ‘He’s extremely private and prefers to stay home, and she’s very social and has tons of girlfriends.’

Said the insider: ‘They haven’t been happy together for a long time. But they are great parents and they love their children.’

Now Tobey is involved with a girl in her late 20s called Tatiana Dieteman with whom he was seen as recently as a couple of months ago. 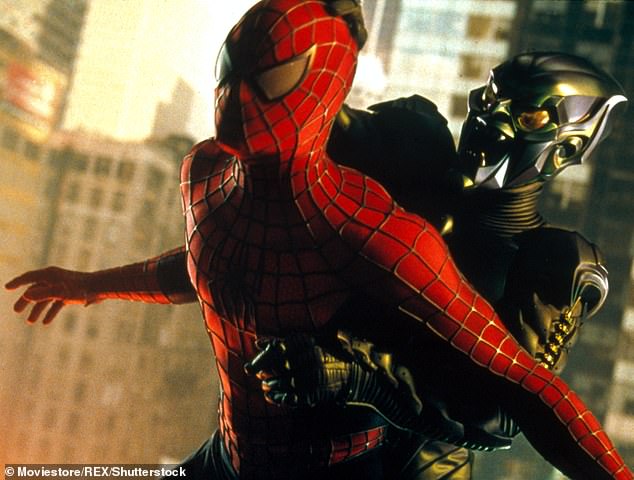 Tobey, who is a longtime pal of his The Great Gatsby co-star Leonardo DiCaprio, started running around with Tatiana in 2018.

The Hollywood celeb, who in the 1990s was part of Leonardo’s infamous ‘P**** Posse,’ has not acted in a movie since the 2017 animated feature The Boss Baby.

However there are rumors he will play 1920s Hollywood producer Irving Thalberg in a Damien Chazelle movie and that he will return to Spider-Man for an upcoming film in the Marvel Cinematic Universe starring Tom Holland as the superhero.