Pensioners killed in devastating fire at farmhouse alongside their dog just hours after wishing their family happy Christmas are named as loving couple, 90 and 86

By Emily Webber For Mailonline

Two grandparents known as the ‘heart of the community’ were killed in a fire at their farmhouse alongside their dog just hours after wishing their family happy Christmas.

Frank, 90 and Madeleine Dougharty, 86, were found alongside their dog Flash on Boxing Day morning at their farmhouse in the Sussex village of West Chiltington.

Emergency services were called to their £760,000 home on Harbolets Road at 9.10am after reports of a significant fire which has gutted their remote farmhouse. 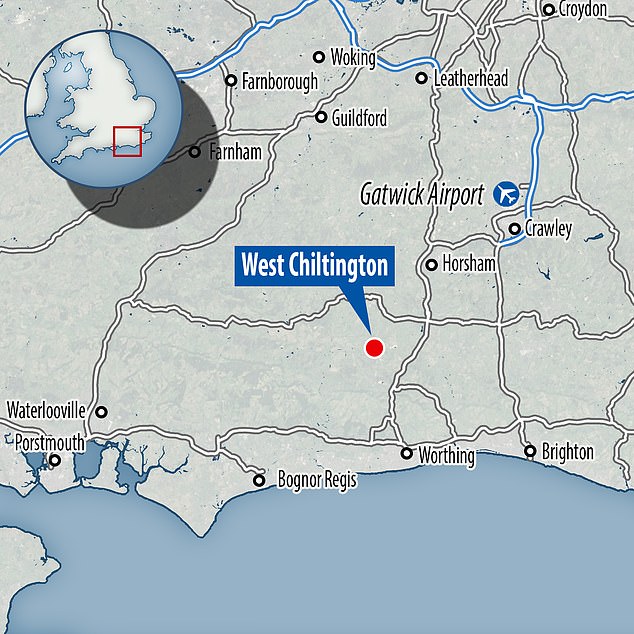 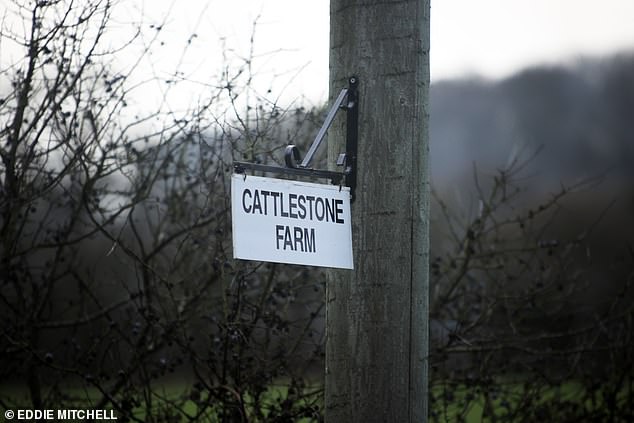 Emergency services were called early to remote farmhouse on Boxing Day at 9.10am after reports of a significant fire at the house in Harbolets Road

It is believed the fire started on Christmas Day. Police and the fire service are investigating if the blaze was suspicious but the cause is not yet known.

The parents-of-four farmed hay and previously turkeys and were described by a local as ‘proper country folk’.

Mr Dougharty had recently turned 90 and was born on the family-run farm in the village.

Son-in-law Kenneth Taylor, who is married to their 64-year-old daughter Ailsa, from Lincoln, told The Sun: ‘It is a great shock. We were only speaking to them on Christmas.’

Mr Taylor revealed how he and his wife had not seen them since September and the couple had recently moved into Tier Four.

The staircase, ceiling and roof were destroyed in the blaze and police have launched an investigation into what started the fire.

‘Sussex Police and West Sussex Fire and Rescue Service are continuing to investigate a significant residential fire which tragically claimed the lives of two people. 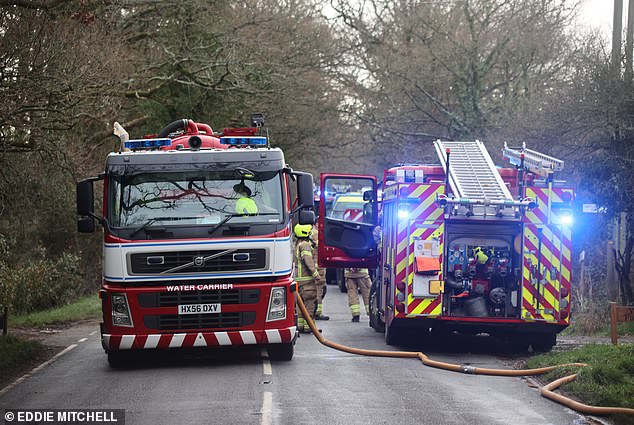 ‘Emergency services responded to the incident in Harbolets Road, West Chiltington, at 9.10am on Saturday 26 December.

‘Fire engines from the local area arrived quickly at the scene and a section of the road was closed, and the fire was extinguished.

‘Two people were sadly confirmed deceased at the scene. Their bodies have since been recovered.

‘They are believed to be married couple Francis Dougharty, 90, and Madeleine Dougharty, 86, however they are yet to be formally identified.

‘Enquiries are ongoing, and a joint investigation will take place to determine the cause of the fire.

‘We have no further information at this stage.’