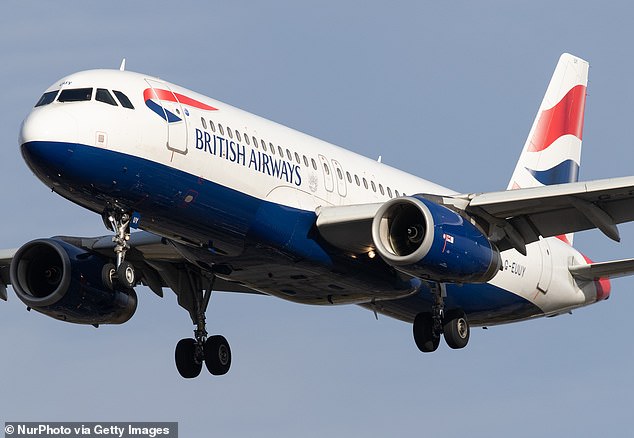 EXCLUSIVE: British Airways flight from London to Athens is forced to make emergency landing at Zurich after co-pilot fell unconscious at the controls

By Paul Thompson for MailOnline

A British Airways flight was forced to make an emergency landing after one of the pilots fell unconscious at the controls.

The captain of the A320 Airbus flying from London to Athens made the landing at Zurich after his co-pilot passed out.

He had already complained about feeling unwell midway through the three-and-a-half-hour flight, forcing the captain to turn the plane around and return to Heathrow.

But as the co-pilot’s condition deteriorated the captain was ordered to make an immediate landing in Switzerland so that he could be rushed to hospital.

The captain of a British Airways flight, which was travelling from London to Athens, was forced to make an emergency landing at Zurich Airport after his co-pilot fell unconscious. (Stock image)

The BA jet remained on the ground in Zurich for over five hours on Boxing Day before continuing its flight to Athens, Greece.

The First Officer was taken to hospital in Zurich but later released after a check-up.

The drama began as the jet passed over Zagreb in Croatia and just over an hour from Athens when the co-pilot complained of felling unwell.

But rather than continue to the Greek capital, the captain decided to fly back to Heathrow, a journey of two-and-a-half hours.

A BA insider said: ‘The First Officer had initially complained of feeling ill, but on the return to Heathrow passed out.

‘The Captain thought the situation was serious enough to divert rather than try and return to Heathrow.

‘It is nothing to do with COVID-19 and there are no reports of any toxic fumes in the cockpit which is a common cause of pilots suddenly becoming ill. The First Officer was taken to hospital but has since been released.’

BA would not disclose what caused the pilot to pass out.

A spokesman said there was no risk to passengers on the December 26 flight to Athens.

The spokesman added: ‘The safety of our customers and crews is always out top priority and the flight continued to its destination as planned.’

Since 2019 more than 300 toxic fumes events have been reported to BA chiefs since 2019 with pilots of cabin crew complaining of feeling ill.

Many reported a ‘cheesy smell’ causing them to vomit or pass out. 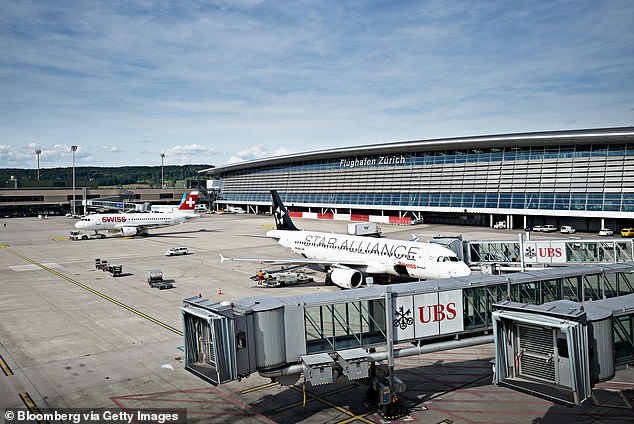 The British Airways jet  remained on the ground in Zurich for over five hours on Boxing Day before continuing its flight. Pictured: Zurich Airport in Switzerland

The fumes are thought to be from leaking seals on the engines, with the problem more common on Boeing aircraft rather than the A320 Airbus.

A year ago, the captain of a BA flight returning from Athens had to take over the controls of the flight after his co-pilot was overcome by suspected fumes.

The captain had to pull on an oxygen mask and take control on the final approach for landing.

British Airways is currently fighting a class action against former staff who claim their health has been affected by continued exposure to fumes or aero toxicity.

The case is being spearheaded by the family of BA pilot Richard Westgate who took his own life in 2012.

His family say his ill health caused by toxic fumes led him to self-medicate and contribute to his death.