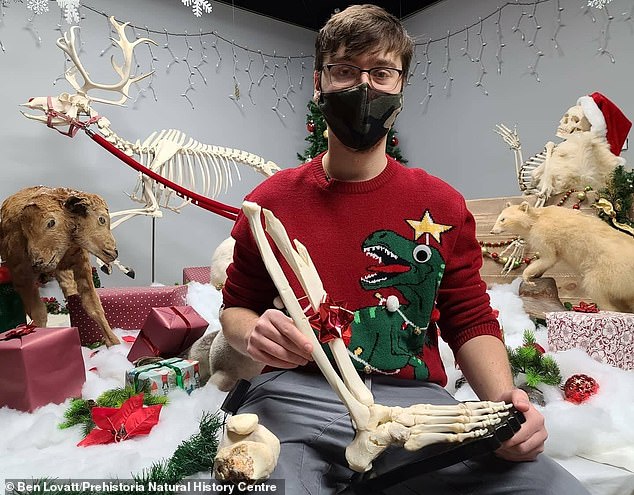 ‘This was my closure’: Canadian man, 24, has his own leg ‘taxidermied’ and received it just in time for Christmas months after he was struck by a hit-and-run driver and left to die

By Lauren Fruen For Dailymail.com

A Canadian man has been given back the his severed leg bone after wanting it ‘taxidermied’ when he was struck by a hit-and-run driver and left to die.

Justin Fernandes, 24, posted to Facebook asking for help in preserving his limb after it was cut off following the collision in Mississauga in July.

The Prehistoria Natural History Centre (PNHC) in Toronto replied, saying that they could help him for free in preserving the bones.

They then removed all the soft tissue and used peroxide to clean up the bone and Fernandes was handed back the leg last Wednesday.

He told CTV: ‘I was so filled with excitement when I realized I might taxidermy my own leg. This was my closure, basically. This is how I wanted to grieve.

‘To me, turning that morbid, sad object that people would just dispose of and forget, I wanted to turn it into art basically, and that’s what I see, when I see it, art. I think it’s beautiful. You grieve however you feel is the right way to grieve. It’s your loss.’

Justin Fernandes, 24, has been given back his severed leg bone after wanting it ‘taxidermied’ when he was struck by a hit-and-run driver and left to die 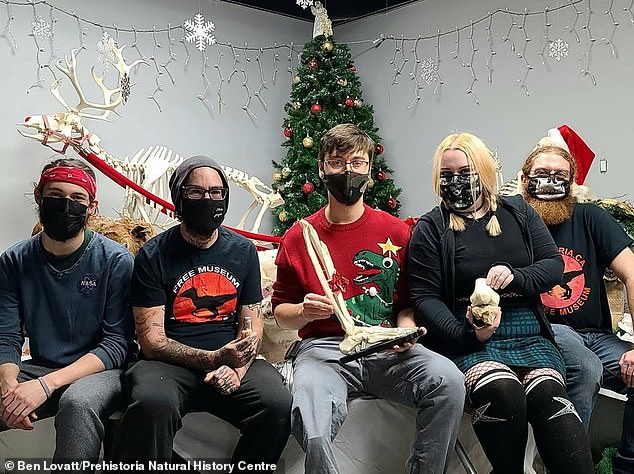 The Prehistoria Natural History Centre (PNHC) team, pictured, in Toronto replied, saying that they could help him for free in preserving the bones

Describing the moment he held his leg as ‘unreal’, Justin added: ‘I have to remind myself that, “Hey, that’s your leg, you walked on that”. It’s hard.’

Fernandes says he had to get a custom waiver from the hospital in order to get his leg released. A funeral home then picked it, transporting it to the museum.

He added: ‘If you can picture this, I’m just in this hospital, I don’t even have a prosthetic leg at this point, I’m just hopping around, I’m stuck in bed and I’m sending 100 emails and dozens of phone calls all over the place.’

Head Director of the PNHC Ben Lovatt said: ‘We didn’t know him when the incident happened… but through the process we’ve gotten to know each other quite well and he’s kind of become an adopted member of our family here at the museum.’ 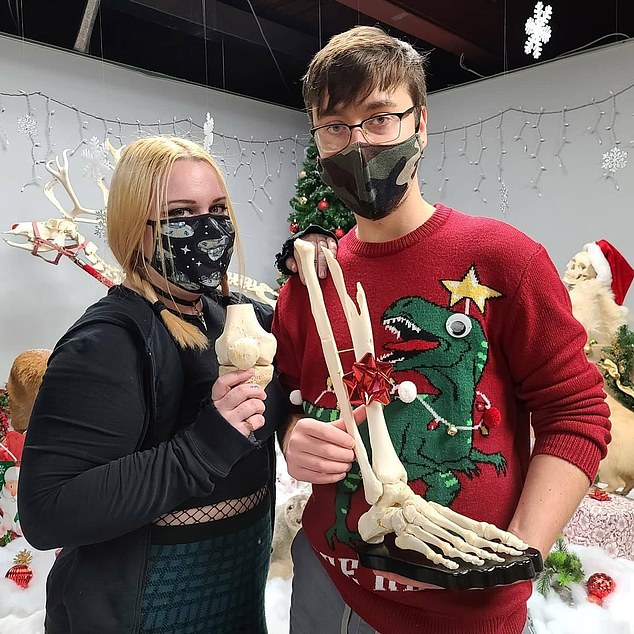 Fernandes said it was ‘unreal’ to be handed back the leg last Wednesday ‘This was my closure, basically. This is how I wanted to grieve,’ he said

‘Everyone heals in their own way from a tragic incident. And this incident was a hit and run that left him almost bleeding to death at the side of the road.

‘So he was trying to find some way to have closure, some way to kind of feel whole again, and this was a unique way to do so.’

The alleged driver in the crash, a 29-year-old man, is set to appear in court in January.